Top 5 Most Haunted Hotels in California

Your guide to the creepiest haunted hotels in southern California. 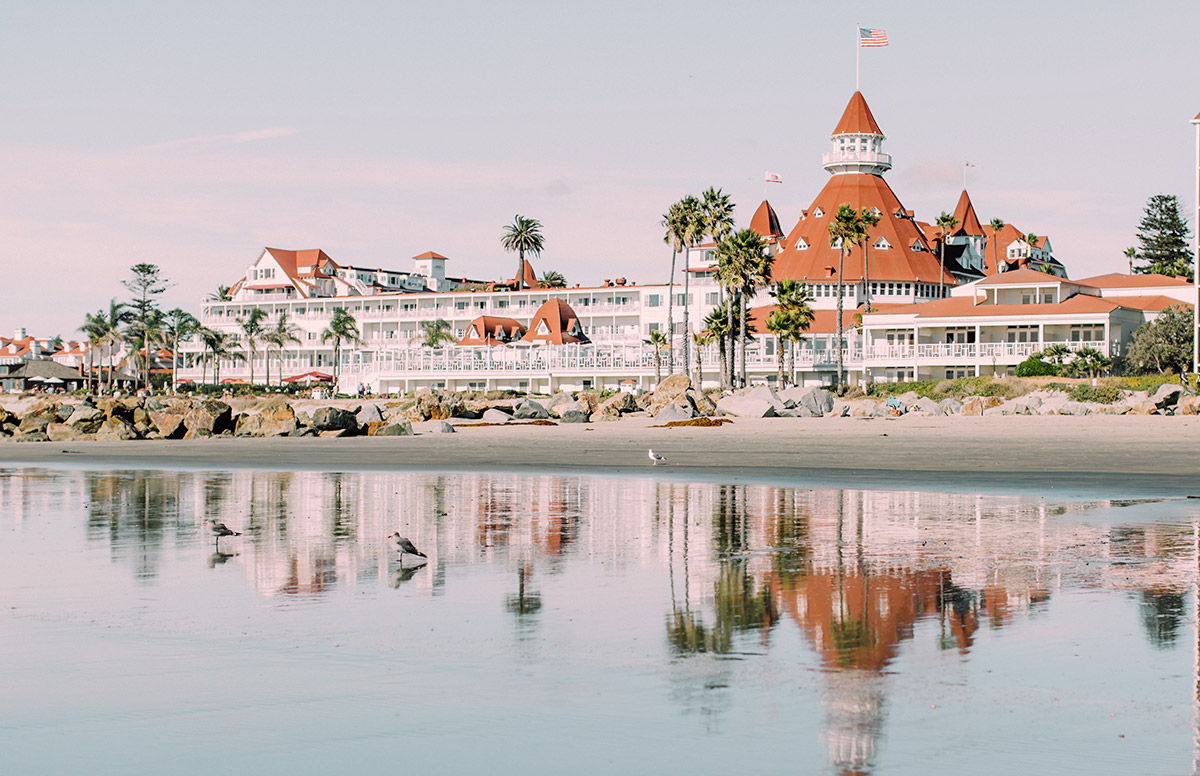 California, known for more than fantastic weather and scenic sites, is home to a host of haunted and spooky hotels.

We pulled together a list of some of the most famous haunted hotels in California, each with its own mysterious stories and frightful ghosts. These haunted hotels in southern California carry the tales of serial killers, mental illness, famous ghosts, and trapped sailors.

For your next trip, consider booking your stay at one of these top five haunted hotels in California.

Opened in Coronado in 1888, this lavish Victorian resort is well known for its unexplained deaths.

Guests have reported sightings and strange happenings, which they believe to be due to the death of 24-year-old Kate Morgan, who died in 1892. Locals often describe the ghost of Kate Morgan as the Lady In Black. She checked in alone into this hotel on Orange Avenue in hopes that her partner would come to join her soon. Instead, her partner ghosted her before she killed herself on the hotel’s staircase. Her restless spirit has haunted the hotel ever since.

The mystery grew around her death because she had a gunshot wound that pointed to a possible murder. Speculations as to why she killed herself have risen over time, especially with the strange circumstances surrounding her death and the scores of other people who have met their end at the hotel.

Descriptions of flickering lights, unexplained footsteps, eerie sounds, and other equally disturbing phenomena have pointed to the hotel having several resident ghosts. 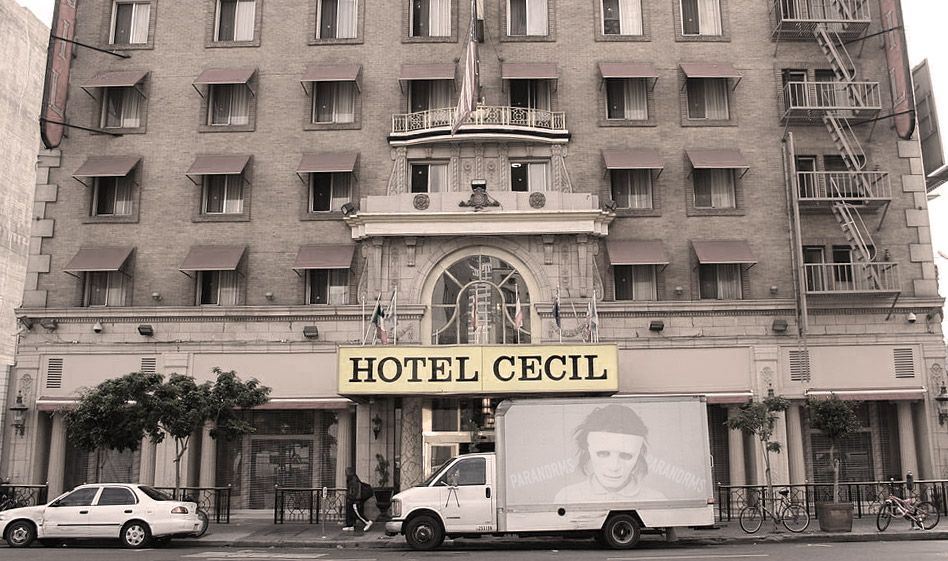 Opened in 1924, the Cecil Hotel has made a name for itself as both a happening spot for hardened criminals and a preferred place for suicides and mysterious deaths. More than 16 different people have met their deaths in this hotel, many of them unexplained.

This hotel was even described as “home” by one of the two serial killers who stayed there; this place has a penchant for drawing in darkness.

One of the most recent strange deaths is Elisa Lam, who mysteriously wound up dead in a tank up on the hotel’s roof. Shortly after booking into this Los Angeles hotel, Elisa’s roommates complained to the hotel management that she was acting strange, and so she was moved to a different room. Lam’s body turned up two weeks after she went missing. After her death, the police released a video of her in the elevator. The video is believed to be from the day she disappeared, and it shows her communicating with some invisible presence in an elevator. The string of back-to-back suicides as the gruesome murders in this hotel all point to the fact that something sinister dwells there. 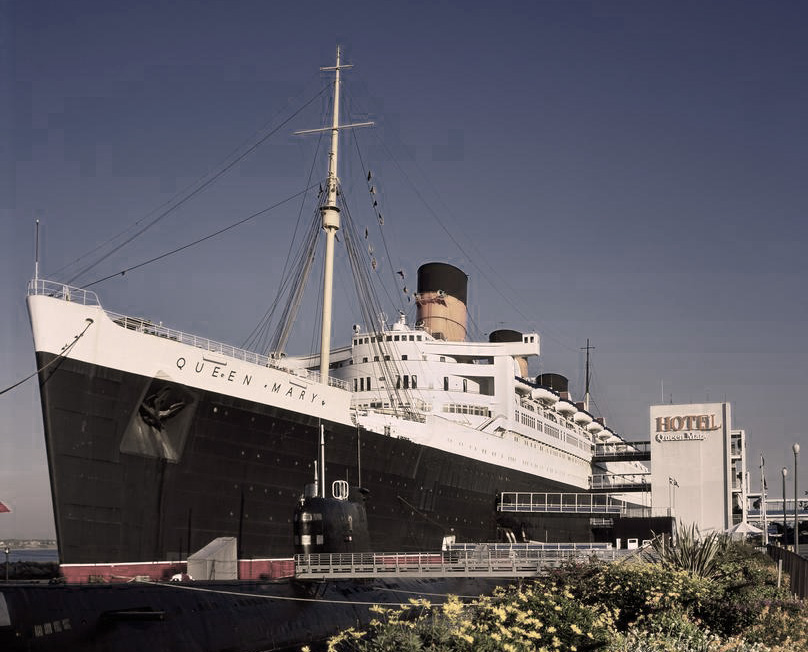 Long Beach has this ocean liner to thank for some of its haunted stories. This magnificent ocean liner was one of the big things in the 20th century-not just because of its size. Previously known as the “Grey Ghost,” well over 40 people have died here.

Many disturbing deaths have occurred on this ocean liner, one of which involved a fireman trapped in the boiler room, with nobody around. His terrified screams of agony can still be heard by guests years after, coming from the boiler room.

Several guests have heard the disembodied screams of pain, believed to be the cry of a sailor trapped in the boiler room and died during a fire outbreak. Guests have also talked about a little girl who had died of a broken neck in the pool area. In addition, guests have spoken about witnessing even stranger sightings, with some revolving around women seen around the pool in bathing suits dated from the 1930s. As of 2021, Long Beach city officials are in debate on whether to keep the Queen Mary by restoring her or sinking it into the ocean. 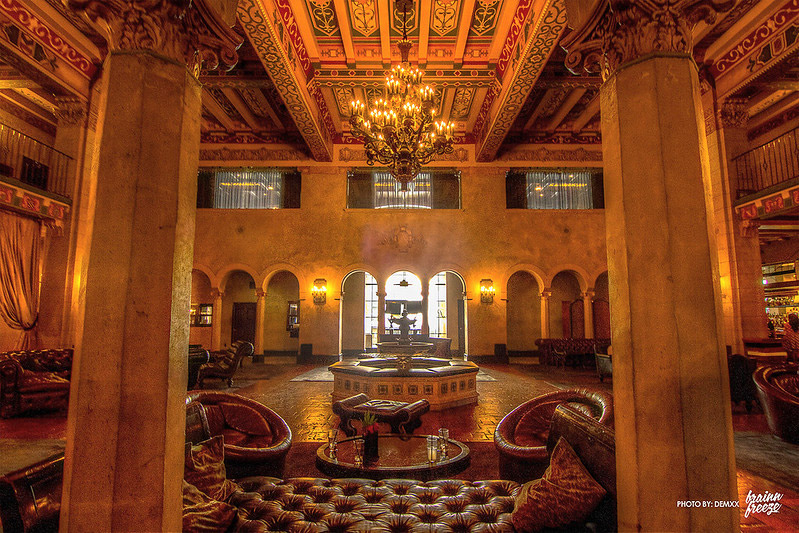 Established in Los Angeles in 1927, the Hollywood Roosevelt has a reputation for housing some A-list ghosts, namely Marilyn Monroe and Montgomery Clift. Once a happening place for celebrities and world stars, this Los Angeles hotel has seen its fair share of deaths and paranormal sightings. Guests and hotel staff have reported seeing ghosts in many different areas of the hotel.

Marilyn Monroe’s ghost has been sighted in areas she used to frequent while at the hotel-the poolside bar and even in the suite she used to stay. At her suite, guests have reported seeing her in front of the full-length mirror, presumably primping herself.

Montgomery Clift, a trumpeter and actor in the 1948 movie, Red River, has been sighted by guests and staff of the hotel as a restless ghost. He haunts his former hotel room, room 928, and guests have testified hearing trumpet sounds coming from the said room as though he were practicing. 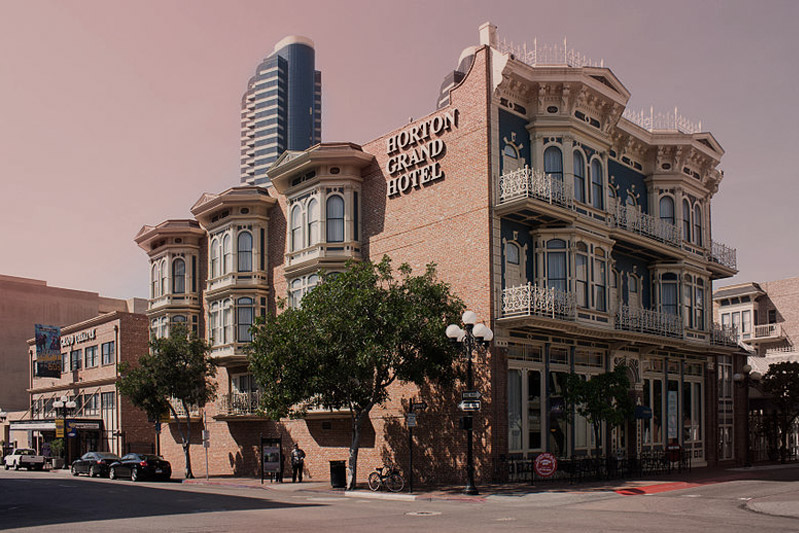 Located on Island Avenue, San Diego, this Californian hotel has several resident ghosts, one of whom is the ghost of Roger Whittaker.

Roger was a gambling guest of the Horton Grand Hotel, and when he incurred a lot of debts from several betting losses, he began to fear for his life. He was shot but managed to escape and hid in an armoire in room 309. Unfortunately, his assailants followed him and shot him dead inside said armoire, and his ghost is said to haunt the hotel. Flickering lights, cold spots, shaking beds, and unexplained footsteps have been reported.

While staying in Californian hotels, be sure to double-check it’s not haunted, and watch your back while you’re at it.