The Legend of El Chupacabra: The Story of an Ex-Cryptid

The truth behind the goat sucking legend that has haunted Latin Americans for generations. 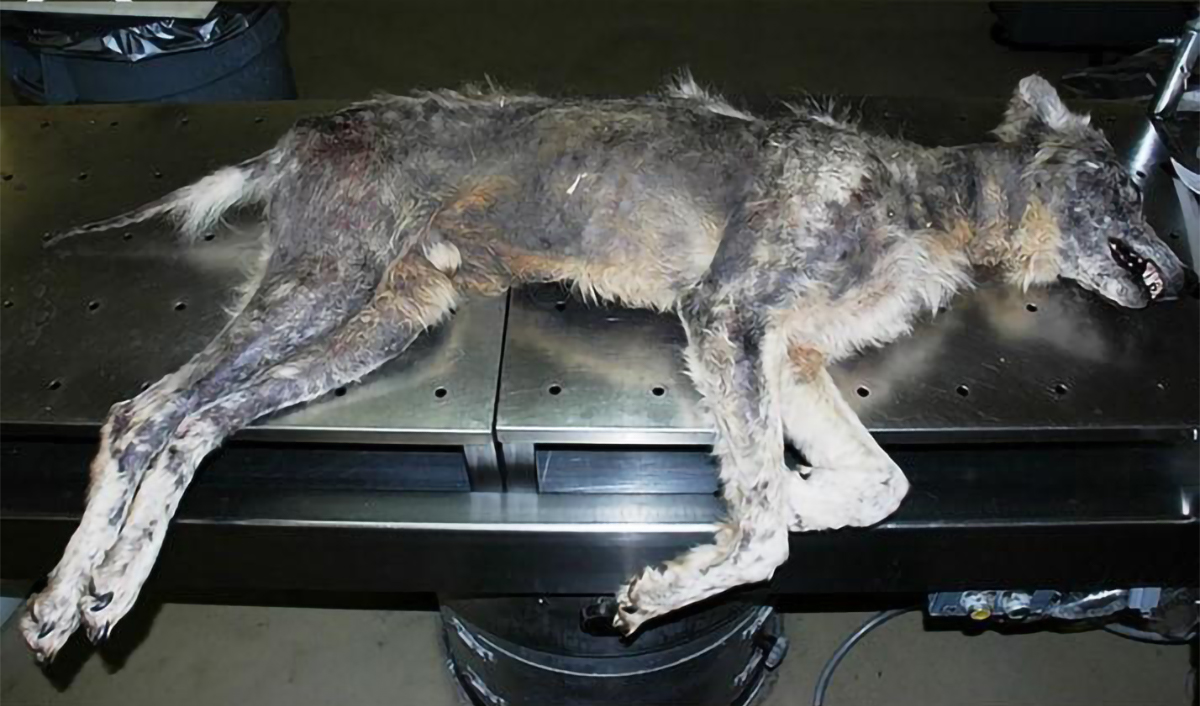 The Chupacabra legend took off in the 1990s. During this time, reports of a new grey, scaly, livestock-stealing creature arose.

Circulating myths, like recent claims of the Texas Chupacabra “caught on camera,” earned the enigmatic creature its status as a cryptid. Yet, modern research has revealed its true nature. It turns out, the Chupacabra is far less threatening than the stories suggest.

Is the Chupacabra Real?

The Legend of El Chupacabra has haunted Latin Americans for generations. A reaper of livestock and pets, the mysterious creature has lurked in the shadows of human civilizations, its identity as an organic or supernatural being remaining enigmatic. Thousands – perhaps millions – of people hold fast to their certainty that the Chupacabra is real. Yet, to others, the answer is a bit more ambiguous. 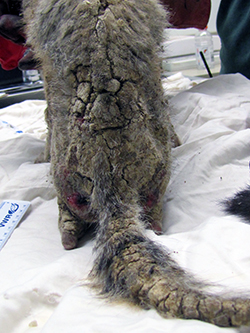 In a sense, the Chupacabra is and is not real. On the one hand, the creature is only a creation of cultural folklore. It’s no more real than the mythical werewolf or bigfoot. Yet, it is an actual living, breathing organism. It’s just happened to be misidentified as a cryptic monster.

The Chupacabra is not a monster at all. Instead, the legend likely arose from mistaken identifications of coyotes with mange. Take a look at the most common reports of Chupacabra sightings:

Why all the inconsistencies? Well, in the Americas, the species most associated with mange are coyotes. However, the mange-causing mite, known as Sarcoptes scabiei, has adapted to numerous hosts throughout its evolution, including:

Considering all the species the mite can afflict, it’s clear why people can’t home in on a single description for supposedly the same creature.

Plus, think about the core of the Chupacabra myth: The creature’s habit of preying on domestic animals. Of course, the explanation would be hungry wildlife. It’s no wonder landowners made up the bulk of people who submitted “eyewitness” reports about the Chupacabra on their properties.

With all this said: No, the legendary Chupacabra is not real. Still, mange is very real. Its unchecked proliferation in wildlife populations can be hazardous to domestic animals. (But not in the form of a ravenous pet-eating monster.)

Sarcoptic Mange: The Mite Behind the Myth

Two primary forms of this disease follow a mange mite infection. In humans, you might know the condition better as “scabies.” For animals, it’s called “sarcoptic mange.” In most cases, it’s caused by the same species, and you can identify the infection based on many of the same symptoms.

The Chupacabra’s “scaly skin” was likely a result of the “skin crusting and fissuring” (splitting due to dryness). This symptom caused the animal to appear as if it’d traded its smooth epidermis for scales once all its hair had fallen off.

Animals with severe skin health deterioration are susceptible to secondary infections, particularly from bacteria or yeast. This can degrade their health even further, along with concurrent symptoms like:

Mange occurs throughout the world. Researchers have studied the disease extensively in Europe, Australia, Africa, and Asia. In all these places, scientists have investigated its prevalence in both wild and domestic animal populations. In each case, mange poses a direct threat to human health as a zoonotic disease. 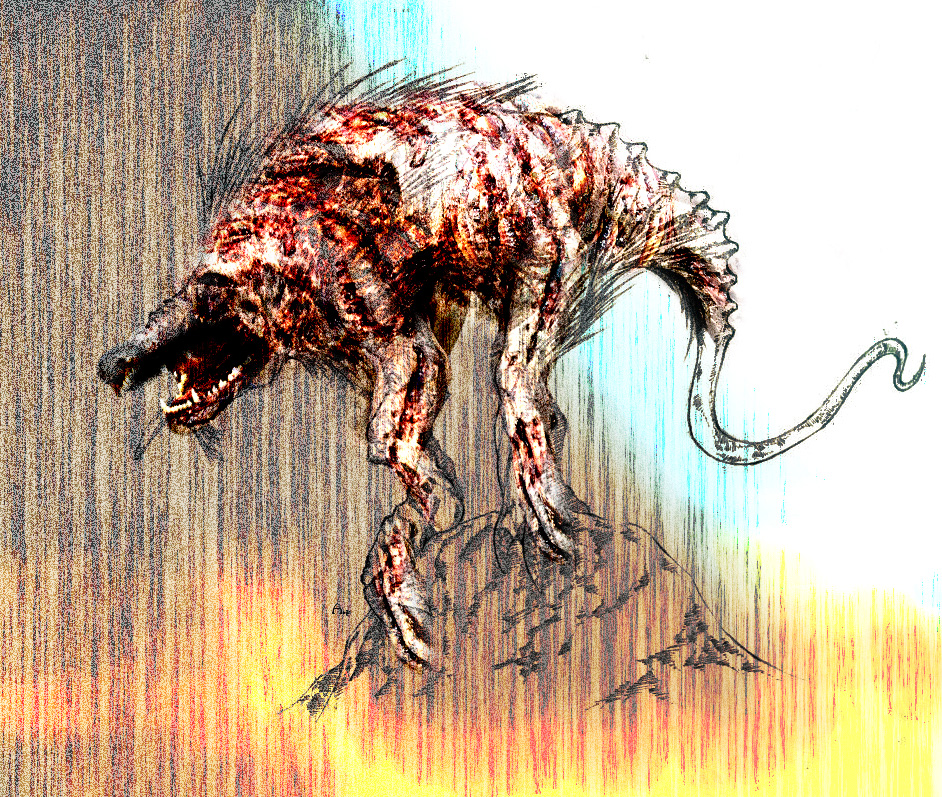 How the Chupacabra Legend Likely Emerged

Human expansion rose almost exponentially following the Industrial Revolution. Since then, countless wild animals have been forced to adapt to new human-made habitats and civilizations. Many have evolved to thrive alongside humans, increasing their potential to act as vectors of disease.

As urban sprawl stretches into more natural landscapes, animals with mange have a higher chance of walking through urban streets. Living in urban neighborhoods increases their chances of being spotted by passersby. For example, common city wildlife like coyotes and foxes are frequently spotted by local residents, prompting municipal or non-profit programs to contain the issue.

Additionally, research has shown that coyotes with sarcoptic mange have an especially abundant presence in “medium-density urban areas.” (“Medium-density” areas are neighborhoods with about 25-80 residential units per hectare or 2.47 acres.)

More specifically, coyotes with sarcoptic mange seem to wander around these neighborhoods much more actively during their final 60 days of life. While they’re in the area, the infected animals pose a severe health risk to domestic pets, especially dogs.

As the infection spreads, more animals start exhibiting symptoms like scaly skin and raised hair. (The animal might not always be grey since not all species have naturally grey skin). This, in turn, increases the number of “Chupacabra” sightings, cementing the myth in Latin American culture.

What Does El Chupacabra Mean in English?

The monster “Chupacabra’s” name means “goat-sucker” in English. This meaning is tied to its reported habit of preying on goats and similar small- to medium-sized livestock.

(Such conflict has been at the heart of human-wildlife relations for millennia. So, it’s quite interesting that Chupacabra reports emerged as recently as 1995.)

Now, it’s normal for a coyote, bear, and even a stray dog to hunt and eat small livestock. Still, some experts speculate that sarcoptic mange may intensify the issue.

Any animal infected with mange will have a compromised immune system and rapidly declining health. This means it’d be much more challenging to hunt as they normally do. So, they’d need to go for easy prey. Small targets like goats are the perfect prey in such a time.

All it takes is one sarcoptic mange outbreak to induce more frequent livestock disappearances and a seemingly more active presence of the infamous Chupacabra. Before you know it, you’ll have families allegedly catching the Texas Chupacabra itself on camera.

Spates of mange have occurred many times globally, including North America, where black bears most recently endured an epidemic. As long as the Chupacabra legend exists, alleged “sightings” will continue to pop up while afflicted animals overlap human territory.

Busting the Myths of El Chupacabra and Other Cryptids

The Chupacabra was always considered to be a cryptid. That is until scientists finally understood sarcoptic mange and its role in the myth. A cryptid is an animal studied by cyptozoologists, scientists who investigate organisms not yet proven to exist.

Some of the most famous cryptids include supposed werewolves, like the famed Bill Ramsey or Loup Garou, and Bigfoot. Yet, one key thing that separates the Chupacabra from these two is that it’s no longer a cryptid. Since scientists have figured out the mythical creature’s true identity, it can’t fit into the cryptozoologic framework anymore.

The Chupacabra isn’t the only species to have graduated from a previously unproven status. Other animals include:

Perhaps it’s merely a part of human nature: the habit of inventing extraordinary, supernatural stories to explain the incomprehensible. For a while, these stories are fun to learn and share. But they can cause real harm when striking fear into innocent people, such as farmers who are afraid of the Chupacabra.

Understanding these myths can help dispel any unnecessary apprehension in vulnerable communities. Plus, knowing the cause of a “Chupacabra” wandering through a neighborhood can better prepare communities to protect their pets’ health and safety.

The Chupacabra myth has persisted for decades throughout the Americas, especially among Latin American populations. Fortunately, the animal is little more than folklore.

Although the story is partially rooted in reality, there is nothing supernatural about the infamous “goat-sucker.” Instead, it’s merely an animal afflicted with sarcoptic mange (possibly a raccoon, fox, coyote, bear, or stray dog) appearing scaly and monstrous because of its declining health.

If you spot an animal that matches popular Chupacabra descriptions, it’s best to keep your pets inside so they don’t get sick, too.

Jazmin “Sunny” Murphy has been a science communicator and web content writer since 2015 and owns Black Flower Writing Services. She studied zoology (that is, for non-cryptid species) at U.C. Santa Barbara, and applies this experience to writing for domestic animal care, cannabis, environmental science, and more.