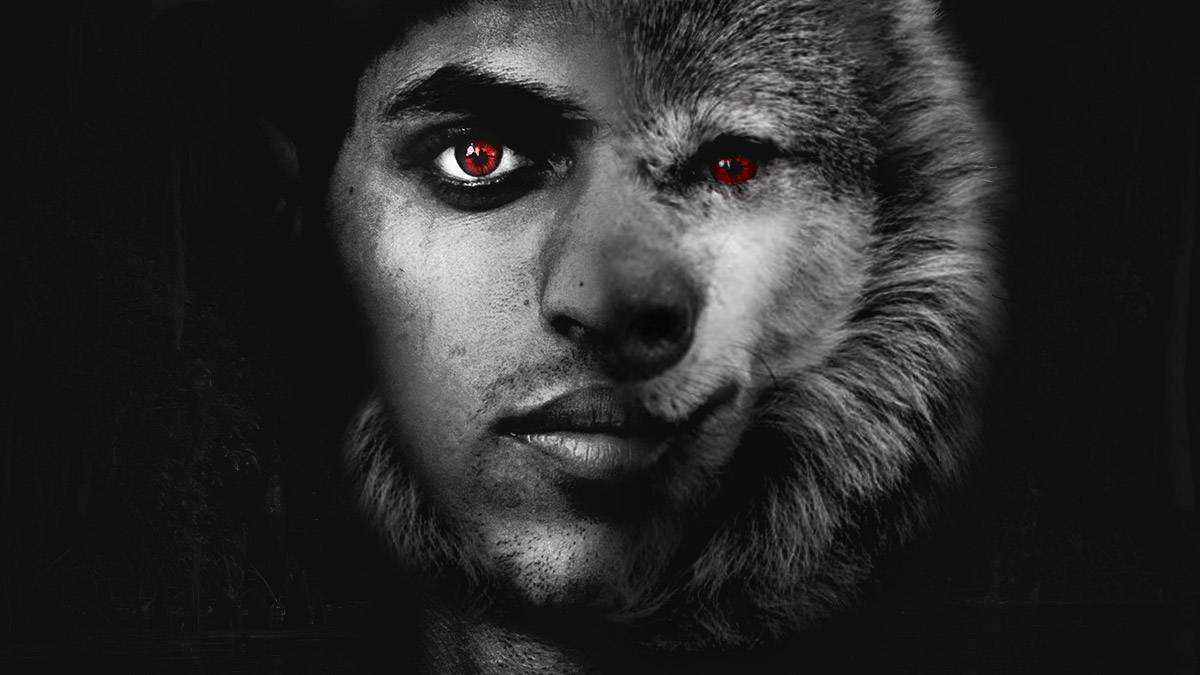 You’ve heard of werewolves in London, but have you heard about werewolves in New Orleans? Many cultures around the globe have variants of the werewolf myth and the south with its heavy French influence is no exception. The loup garou (pronounced loo-guh-rooz) also known as rougarou or roux-ga-roux (pronounced roo-guh-rooz) is one of the many monsters once rumored to roam the swamps.

What is the Loup Garou?

In Cajun legends, the loup garou is a werewolf creature with a humanoid body and wolf head (or dog head).  The werewolf stalks bad children around the bayous of French Louisiana and eats them. Some tales describe the loup garou as changing from human-to-wolf and wolf-to-human as they please. In other stories, the werewolf is trapped until they can lure another human and pass their curse onto them.

The loup garou is based on a medieval French werewolf myth. The stories were used to inspire the obedience of children and the fear of foes. Translated, the French word ‘loup’ means wolf and ‘garou’ refers to a ‘werewolf’. The French brought the myth of the loup-garou with them when they colonized parts of Canada and the United States.

While the myth of the werewolf started earlier, historian Eugen Weber noted that French peasants of the 19th century feared “above all wolves, mad dogs, and fire.” The French peasants believed that wolves were possessed by some evil spirit. We know today that the “madness” referred to a disease we call rabies–one can understand how it inspired nightmares.

Alan Brown, author of Louisiana Legends & Lore, describes the loup garou as being a hideous beast with red-eyes and sharp teeth. At seven feet tall, the beast is larger, stronger, and faster than the humans who will become victims of their rapacity.

Many superstitious stories have been told of the loup garou. In one story, a person could inadvertently become the beast by locking eyes with the monster. One variant describes the beast biting a poor unlucky victim and who then transforms into a vicious monster themselves. In another tale, after 101 days the victim can transfer the curse to another unsuspecting subject.

Luckily, there’s an easy deterrent for anyone worried about the ol’ Loup Garou, simply place thirteen pennies on your doorstep. If the monster tries to pay you a visit, have no fear! The pennies will instantly confuse the beast and it will retreat back to the swamps. The stories behind this simple anti-werewolf tactic say it’s related to the number thirteen–either the beast cannot count above 13 or simply doesn’t understand the concept “13” because of the curse.

Loup Garou Lives on as Rougarou

The story is still told to children in some parts of the southern United States. There are even claimed sightings of the Rougarou, though not with the fervor of the past.

Parents can now teach their children to count with a charming book called One, Two, Rougarou. In this adorable board book, created by Cajun artist and author Alexis Braud, the loup garou teaches children how to count to 13.  The monster was also famously adapted by Louisiana artist George Rodrigue, in his Blue Dog paintings.

For children and adults alike, the legend of the loup garou lives on within the annual Rougarou Festival. The festival takes place in Houma, Louisiana each year to the delight of many locals and tourists. While the rougarou is now an affectionate part of southern culture, I’ll still keep an eye out the next time I head down to the bayou.

Ghost & HauntingSpiritualism
How the Ouija Board Got its Sinister Reputation