The Ancient Origins of Werewolves 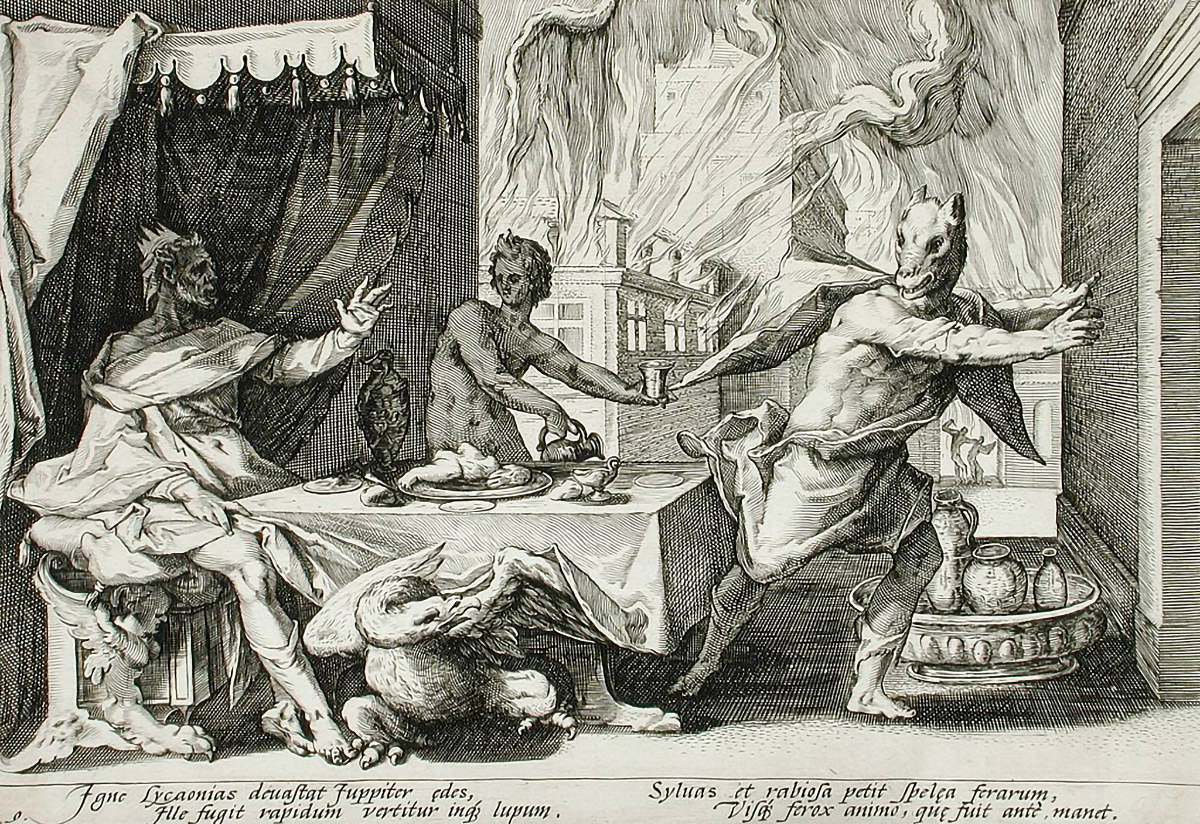 In Ancient Greek texts, the king Lycaon is punished for misdeeds by being turned into a wolf. Wikimedia

The werewolf is a staple of supernatural fiction, whether it be film, television, or literature. You might think this snarling creature is a creation of the Medieval and Early Modern periods, a result of the superstitions surrounding magic and witchcraft.

In reality, the werewolf is far older than that. The earliest surviving example of man-to-wolf transformation is found in The Epic of Gilgamesh from around 2,100 BC. However, the werewolf as we now know it first appeared in ancient Greece and Rome, in ethnographic, poetic and philosophical texts.

These stories of the transformed beast are usually mythological, although some have a basis in local histories, religions and cults. In 425 BC, Greek historian Herodotus described the Neuri, a nomadic tribe of magical men who changed into wolf shapes for several days of the year. The Neuri were from Scythia, land that is now part of Russia. Using wolf skins for warmth is not outside the realm of possibility for inhabitants of such a harsh climate: this is likely the reason Herodotus described their practice as “transformation”.

The werewolf myth became integrated with the local history of Arcadia, a region of Greece. Here, Zeus was worshipped as Lycaean Zeus (“Wolf Zeus”). In 380 BC, Greek philosopher Plato told a story in the Republic about the “protector-turned-tyrant” of the shrine of Lycaean Zeus. In this short passage, the character Socrates remarks: “The story goes that he who tastes of the one bit of human entrails minced up with those of other victims is inevitably transformed into a wolf.”

Literary evidence suggests cult members mixed human flesh into their ritual sacrifice to Zeus. Both Pliny the Elder and Pausanias discuss the participation of a young athlete, Damarchus, in the Arcadian sacrifice of an adolescent boy: when Damarchus was compelled to taste the entrails of the young boy, he was transformed into a wolf for nine years. Recent archaeological evidence suggests that human sacrifice may have been practiced at this site.

The most interesting aspect of Plato’s passage concerns the “protector-turned-tyrant”, also known as the mythical king, Lycaon. Expanded further in Latin texts, most notably Hyginus’s Fabulae and Ovid’s Metamorphoses, Lycaon’s story contains all the elements of a modern werewolf tale: immoral behavior, murder and cannibalism.

In Fabulae, the sons of Lycaon sacrificed their youngest brother to prove Zeus’s weakness. They served the corpse as a pseudo-feast and attempting to trick the god into eating it. A furious Zeus slayed the sons with a lightning bolt and transformed their father into a wolf. In Ovid’s version, Lycaon murdered and mutilated a protected hostage of Zeus, but suffered the same consequences.

Ovid’s passage is one of the only ancient sources that goes into detail on the act of transformation. His description of the metamorphosis uses haunting language that creates a correlation between Lycaon’s behavior and the physical manipulation of his body:

…He tried to speak, but his voice broke into

an echoing howl. His ravening soul infected his jaws;

his murderous longings were turned on the cattle; he still was possessed

by bloodlust. His garments were changed to a shaggy coat and his arms

into legs. He was now transformed into a wolf.

Ovid’s Lycaon is the origin of the modern werewolf, as the physical manipulation of his body hinges on his prior immoral behavior. It is this that has contributed to the establishment of the “monstrous werewolf” trope of modern fiction.

Lycaon’s character defects are physically grafted onto his body, manipulating his human form until he becomes that which his behavior suggests. And, perhaps most importantly, Lycaon begins the idea that to transform into a werewolf you must first be a monster.

The idea that there was a link between biology (i.e. appearance) and “immoral” behavior developed fully in the late 20th century. However, minority groups were more often the target than mythical kings. Law enforcement, scientists and the medical community joined forces to find “cures” for socially deviant behavior such as criminality, violence and even homosexuality. Science and medicine were used as a vehicle through which bigotry and fear could be maintained, as shown by the treatment of HIV-affected men throughout the 1980s.

However, werewolf stories show the idea has ancient origins. For as long as authors have been changing bad men into wolves, we have been looking for the biological link between man and action.

This article is republished from The Conversation under a Creative Commons license. Read the original article.

Tanika Koosmen is a postgraduate student in Classics at the University of Newcastle, Australia. Her research is focused on the deviant body in transformation mythology of the ancient Mediterranean, and her research interests include ancient literature, gender, and sexuality.