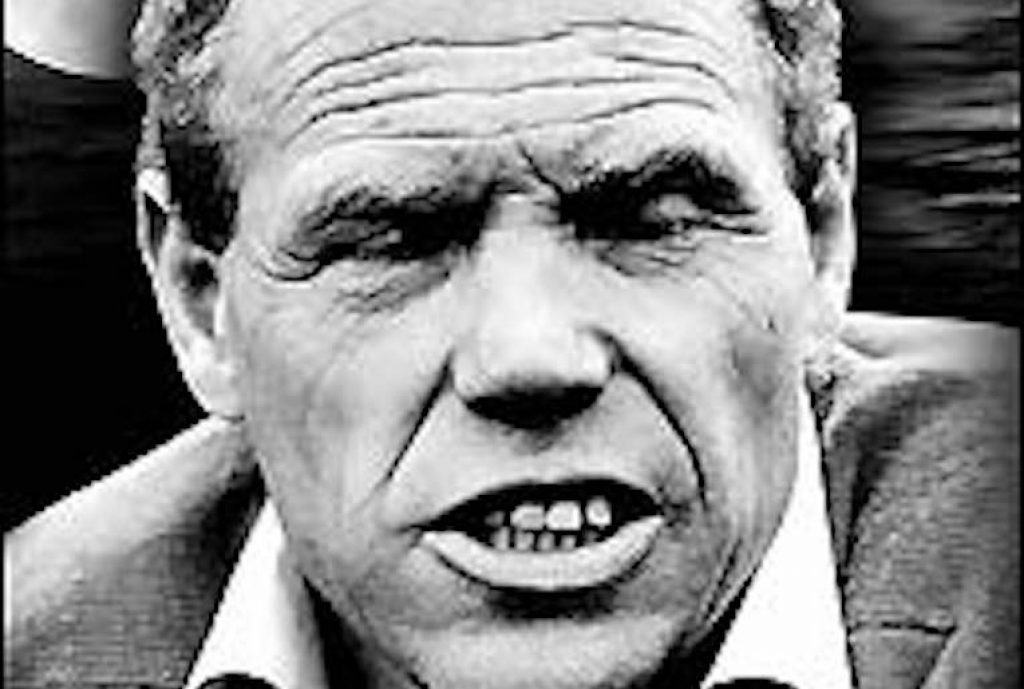 Did Bill Ramsey suffer from clinical Lycanthropy or demon possession?

Andy Warhol once said that in the future, everybody will be world famous for fifteen minutes. This is certainly true of unassuming carpenter Bill Ramsey.

Born and bred in the Essex seaside town of Southend, the first inkling of trouble came when William Ramsey was just 9 years old. Like any normal child, he was outside in his back garden when he began to feel strange. It was deep into one Saturday afternoon in 1952 when an icy blast of frigid cold swept all over him. Perspiration froze on his skin and a foul stench came close to making him vomit. The bewildered youngster only had two things on his mind: running away to a life on the ocean wave and wolves. By this time he was close to the garden fence and only the calls of his mother brought him out of whatever had gripped him.

However, something else took complete control of him instead. Intense and pure rage had installed itself firmly within his psyche. Using this and the adrenaline-fueled strength he now possessed, he had uprooted a fence post – with the fence still attached – and was swinging it like a club. Not even his parents could easily remove the post with their bare hands. What the young child did next made both of his parents flee back into the relative safety of their home – leaving Bill isolated outside. Bill Ramsey placed the wire meshing into his mouth and began gnawing at it! The cold sensations returned and a low growl emanated from deep within him. Both his parents remained inside the house until it was apparent that their son had calmed down considerably.

For nearly fifteen years after that terrifying incident, nothing even remotely similar happened in the life of Bill Ramsey. He had grown up, got married and became a doting father of three. The first two years of his marriage though were plagued by nightmares. Each dream was the same and the results ended up identical as well. Ramsey always awoke in a cold sweat and was overwhelmed by feelings of dread and unease. In his dream, he was always a few steps behind his wife, who would then turn to face him and run away in extreme terror. It was only in 1967 that these dreams ended. 18 months on, and Bill woke one night to hear what he thought was panting of a wild animal somewhere inside the bedroom. He was correct. It was Bill himself.

Once again there was a lull in activity for approximately fifteen years. It was now 1983 and Bill was out with some friends at a local pub. After several drinks, Bill began to feel the same icy chills that first manifested much earlier in his life. He made an excuse and headed to the lavatory. Once there he checked himself in the mirror and saw a wolf looking back at him.

This was just a precursor as to what was to happen on their way home. In the car ride home, and without any warning, Bill began to growl and immediately turned to his fellow passenger. Both hands twisted into claws and Ramsey tried to bite the leg of his friend. The designated driver didn’t panic. He brought the car to a stop and made attempts to get the raging Bill out of the back of the car. It still took several minutes and quite a bit of effort to finally get Bill out of the car. By now the frenzy had dissipated. 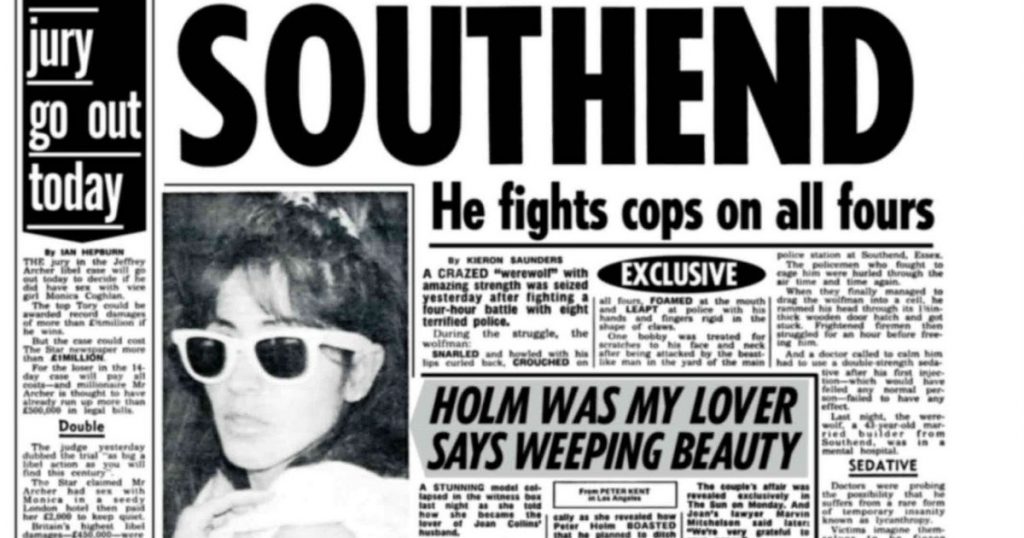 The Sun newspaper documenting the story of Bill Ramsey.

Worse was to come, but not for another 18 months. Shortly before Christmas 1983, Bill begins to suffer from chest pains and thoughts immediately turned to a possible heart attack. Bill checked himself into the Emergency Room of the local hospital and was halfway through a blood pressure examination when he sank his teeth into the arm of the nurse and ran through the ward as a man possessed. Witnesses would later reveal that Bill had hunched shoulders and both hands had curled into talons or claws and bared lips just like a rabid animal. Anyone that dared approach was knocked down easily with almost superhuman strength. It took quite a few people, working as a team, to finally subdue the rampaging man. A police officer managed to place handcuffs around Ramsey’s wrists but still, this was not sufficient. A tranquilizer finally put an end to the outburst.

The following morning this tranquilizer had worn off and so did the original transformation. After a hearty breakfast, the attending doctor listened to the whole story and recommended that Bill remains under observation. However, he was a voluntary patient and was fully entitled to check himself out. Bill did so but was back within the span of two months. In January 1984, Bill had just finished a visit to his mother when he began to feel an attack coming on. He made it to the same hospital on the same terms of his previous visit. The attending nurse was alone with Ramsey in the Emergency Room and feared for her life once she told Ramsey that she was going to find a doctor. Ramsey threw to one side and lunged for an orderly.

By chance four police officers entered the hospital and immediately circled Ramsey. The officers and Ramsey had a stand-off for a few seconds until Ramsey began snarling and growling at all four. The policemen advanced on Ramsey, who defended himself with some vigor. One of the four police officers suffered wounds so severe that he ended up in the hospital for another four days. All four managed to handcuff Ramsey again. The short walk to the waiting squad car went off without incident, as Ramsey had apparently regained his faculties. When he arrived at the local police station, they immediately summoned the police surgeon. Ramsey considered the suggestion of checking himself into a mental institution but decided against it, citing the stigma that he might feel in the days to follow. Since he was clearly in control and rational, Ramsey was released.

In the summer of 1987, he was back at the police station. This time, however, he was much more public-spirited. Having made a citizen’s arrest to a local teenage prostitute, he drove her to the station. The second that he parked his car, she fled into the station. Ramsey once again felt the now familiar sensations surging from the middle of his chest, just as a burly policeman approached the car. The officer, considerably bigger than Ramsey, started to question him and made the big mistake of gently touching Ramsey’s arm. The wolf within him took immediate hold of Ramsey and the officer was thrown to the ground and was having the life choked out of him until help finally came. Ramsey was so wild, that it took a dozen policemen to hold him down and two injections to finally restrain him.

For the next ten days, countless MRI’s, x-rays and psychiatric tests could not determine what was wrong with Ramsey. Clearly, there was some issue that needed resolving. Nobody should really switch from mild-mannered rationale to rampaging berserker and back again in the space of a few minutes unless there is something seriously wrong.

One thing that went in Bill’s favor was the visit to London of American ‘Demonologists’ Ed and Lorraine Warren. Bill’s story appeared on a television show at the time of their stay. Lorraine immediately considered that Bill was being possessed and got in touch with the Southend-on-Sea police station. After dialogue on both sides, the Warrens obtained the opportunity to talk to the Ramseys. 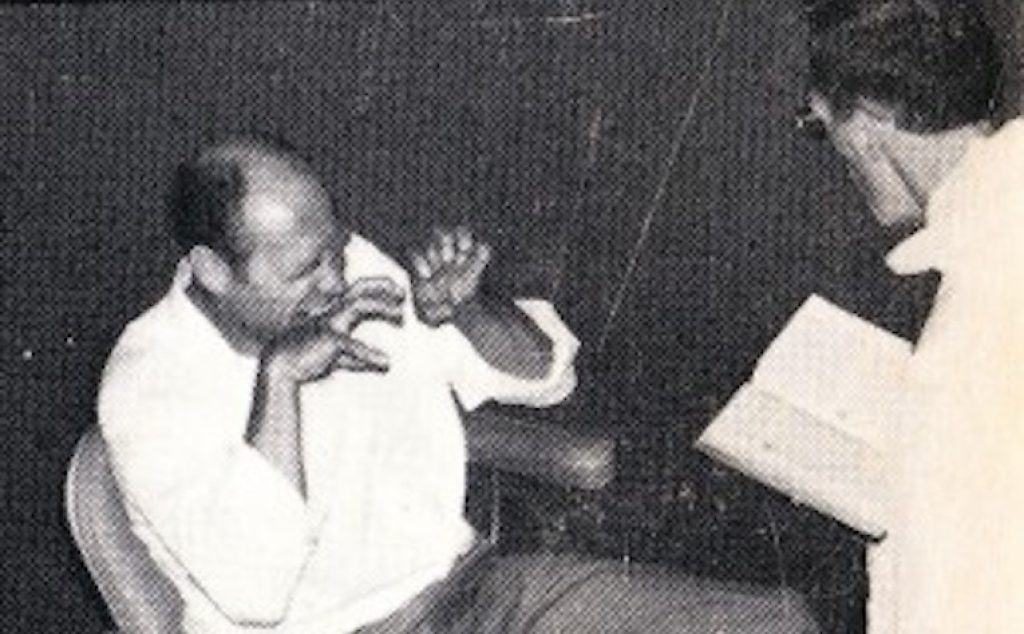 During an exorcism in Connecticut, Bill Ramsey begins to physically change into a werewolf.

The Warrens negotiated with Bill Ramsey and finally convinced him to come to their church in Connecticut and undergo an exorcism with their own specialist, Bishop Robert McKenna. Bill relented and made the trip with his wife in 1989. A tabloid newspaper, The People, sponsored the trip. The night before the exorcism was due to take place, Ramsey tried to strangle his wife while she slept. When the exorcism actually began, Bill was not at all impressed. The service was being conducted in Latin and for half an hour nothing happened. Bill then took on an entirely different appearance – his face contorted and both hands formed claws. McKenna commanded the demon to leave. The full force of werewolf fury descended on McKenna one time and then disappeared for good. The whole event was recorded on film.

Bill Ramsey last appeared in public in 1992 when he updated his progress. Just before his exorcism, the transformations were increasing in both frequency and seriousness. Since that time, there have been no incidents recorded. No-one has been rampaging uncontrollably through the streets of Southend-on-Sea in almost fifteen years now. But Bill Ramsey has been quiet for just as long as that before. 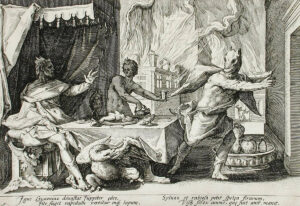 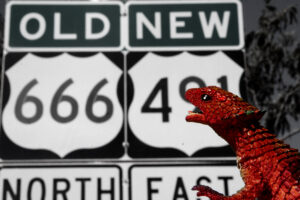 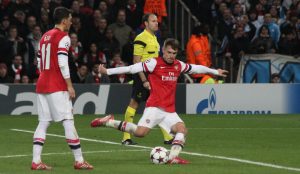 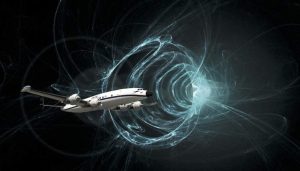 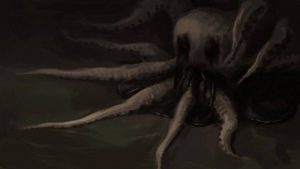