Are demons real or are they a construct of religion?

The concept of evil spirits has existed since pre-Christianity. There are a number of references in ancient writings to such entities. One example is the Asura which is a Sanskrit word that refers to good or bad spirits. However, the literal concept of Satan and his demonic followers originated with Christianity and the Bible. During those early days, much of Europe still practiced paganism. The ancient world believed that statues, such as those of Rome and Egypt, possessed gods or spirits. As more and more people began to adopt Christian tenets and reject polytheism, they assigned concepts of evil to the older gods and spirits. Thus, demonology was born. So, what are demons, and what does the Christian religion tell us about them?

The Great Red Dragon and the Beast from the Sea. William Blake, 1805

There are numerous theories that attempt to answer the question of what are demons. The subject of evil demonic spirits is shrouded in fear and great controversy and is very complex and ever-changing. There are countless opinions and beliefs, with numerous historical references.

What are demons to the non-secular world? Some people believe evil spirits and hell are a psychological state of mind, and that the devil is a voice of negativity forever tempting us to do and think bad things. In contrast, others believe they are inter-dimensional beings or aliens that find portals of entry into our dimension to create chaos and destruction of mankind. Even ghosts and human spirits of negative influence are sometimes identified as demonic entities.

What Does the Bible Say?

However, the most common conception of demonic spirits stems directly from the Bible. In the Christian faith, The Bible says that Satan, once the most beautiful and powerful of all the angels, became prideful and wanted the same glory as God. He rebelled against God and convinced one-third of all the angels to follow him. Subsequently, there was a war. Satan and his angels fought against the archangel Michael and God’s angels. Satan and his followers lost the battle and God cast them out of Heaven down to Earth. These evil spirits are all the bad angels that were no longer welcome in heaven, and Satan is their demonic leader.

Encyclopedia.com gives a description of the general view of demonic spirits in the Bible:

Demons have an expansive role in the biblical record. They can affect the behavior of swine (Matt. 8:30-32) and speak with a knowledge beyond that of an ordinary person (Mark 1:23-24). Biblical authors did understand demons as objectively present in the world and pictured the apostles as trying to drive them away…By the third century, the angel Lucifer, who fell from heaven (Isa. 14:12), was identified with Satan, and the fallen angels with demons.

Depictions of Demonic Entities Over Time

There have been many classical depictions of Satan and his army of evil spirits throughout the ages. There are different types of demonic entities and each type possesses its own demonic name. Although they are normally formless as evil spirits, some people claim to have seen them manifest into physical form. The descriptions vary from a large scaly creature to a cloaked, formless being with black voids for eyes. Some people believe that these evil beings and the devil may appear intentionally as something fearsome just to frighten its victims because they want desperately to feed off strong negative emotions.

Demonologists teach that demonic spirits may reveal themselves as a deceased loved one or beneficent guide from the other side. Their goal is to manipulate victims into trusting them, only to become gruesome the next moment. Some people report a dark mist that filled them with dread. Beings may be small or large. Demonologists consider demonic spirits to be shapeshifters, which means they can basically take on any form for their purpose.

What Do Satan’s Followers Want?

Exactly what are demons trying to accomplish? The best answer to this question also comes from a religious standpoint. According to Christianity, Satan hates God and is vengeful and jealous of him, so he desires to harm humans because they are God’s creation. Satan will stop at nothing to destroy all that God has created on Earth, so Satan employs his evil army to help him inflict pain, despair, violence, and fear onto mankind. They also aim to tempt mankind into sin to drive him away from God in order to hurt God. According to this tenet, Satan and his minions ultimately will not prevail and, thus, their reign upon the Earth will end. At that time God will cast Satan and all his demonic followers into Hell, and there they will serve out an eternity of punishment.

How Do Demonic Spirits Enter Our World?

According to many demonologists and clergymen, humans create portals for evil to enter our world and, perhaps later, even our minds and bodies. One theory holds that demonic entities exist on a different dimension. However, we may intentionally or unintentionally invite them into our dimension in a number of ways. Engaging in demonic rituals, playing games such as the Ouija board, conducting seances, ghost hunting, and making deals with the devil are all possible ways of opening the door to demonic spirits. According to this theory, any means of communicating with spirits, even those of deceased loved ones, can be dangerous.

Another way people may open a portal for evil entities is through strong negative energy, which is very attractive to demonic spirits. Therefore, persisting emotions of anger, grief or depression, fear and disappointment may draw them in. Drugs and alcohol can cause a person to open to evil forces – especially when someone uses methamphetamine. Even family conflict, depraved or perverse behaviors may attract them.

What is a Demonic Haunting?

Demonologists believe that once a doorway opens, demonic entities may enter. This may start out subtly, with bumps or scraping in the night, things moving on their own, or strange shadows and friendly apparitions. Demonic hauntings may escalate quickly into more intense events, such as physical afflictions to people (scratches, bites, hits), objects flying through the air, religious items being thrown off walls or being damaged by an unseen force, audible growls or voices, strong sulfuric or vile odors, visions, and emotional manipulation. One theory holds that demonic entities initially haunt people to break down their wills and to create an atmosphere of dread and confusion. This weakens a person on a psychological and spiritual level. Hence, once a person becomes weak to this extent, it becomes easier for a demon to take possession of a person.

What is Demonic Possession? 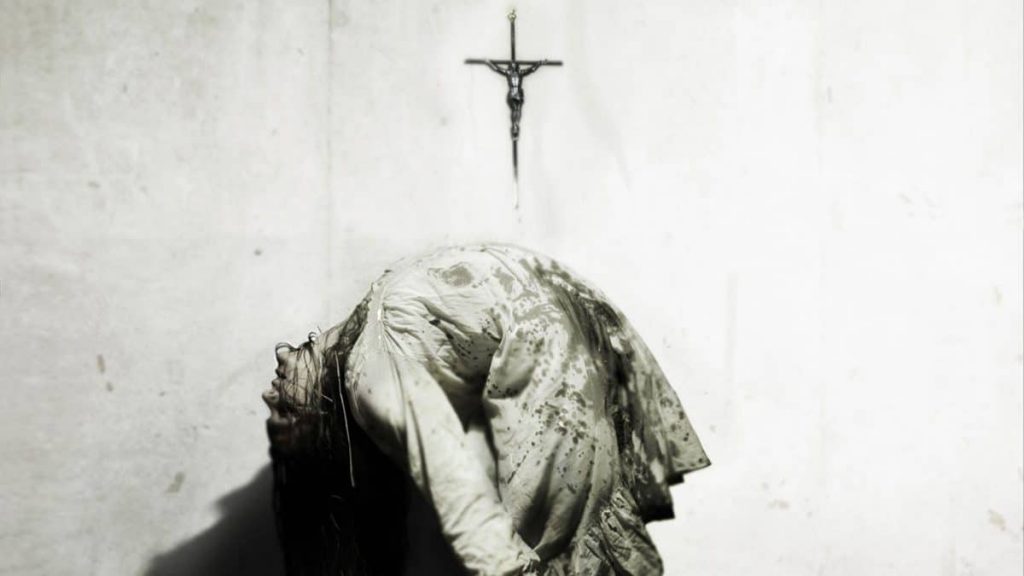 According to demonologists, real demonic possession differs from a demonic haunting in that a person’s spirit and body become possessed. He may fall under the mental, emotional, and physical control of demonic spirits. Also, demonic control may take place in any degree from mild to complete. Symptoms of possession may include speaking in foreign languages never studied, knowledge of secret or hidden truths, and superhuman strength. Additionally, the possessed may say vile things, perform vulgar acts, or engage in disgusting behaviors. The demon may even speak through the individual to embarrass, discredit, confuse, shock, or expose an exorcist’s prior sins or temptations.

According to many experts, a person does not have to be of any particular religion or even believe in God to become haunted or possessed by demonic spirits. Anyone who opens a doorway may become susceptible, and because demonic spirits do not possess their own physical bodies, they desperately want to possess the human body. Keep in mind that possession may not always be as extreme and obvious as this article describes above, hence, signs and symptoms can be much more subtle. Experts in demonology may be necessary to identify hauntings of a demonic nature and true possession.

Demonologists teach that once demonic entities possess an individual, exorcism can often be a difficult and dangerous process. Therefore, an expert exorcist may have to conduct the purification. Although there are exorcists who do not belong to the Catholic faith, the Vatican insists that only a Catholic priest should perform an exorcism. They are thoroughly trained in the perils that surround such a ritual. Thus, a priest should even be able to discern mental illness from true possession.

According to many accounts of exorcism, unseen evil forces or the possessed individual can frequently injure an exorcist. Typically, priests us a stole, holy water, Catholic crosses, prayers and a prayer group during an exorcism. In addition, the exorcist prepares by undergoing a spiritual and physical cleanse to purify himself through fasting and praying beforehand. Otherwise, he himself may become spiritually weakened, and subsequently harmed or influenced, due to a demon’s great powers of manipulation.

The following is an excerpt of an exorcism prayer that a priest would say:

We drive you from us, whoever you may be, unclean spirits, all satanic powers, all infernal invaders, all wicked legions, assemblies and sects[…]

Thus, cursed dragon, and you, diabolical legions, we adjure you by the living God, + by the true God, + by the holy God, + by the God “who so loved the world that He gave up His only Son, that every soul believing in Him might not perish but have life everlasting;” [St.Jn. 3:16] stop deceiving human creatures and pouring out to them the poison of eternal damnation; stop harming the Church and hindering her liberty.[/wpsm_quote] 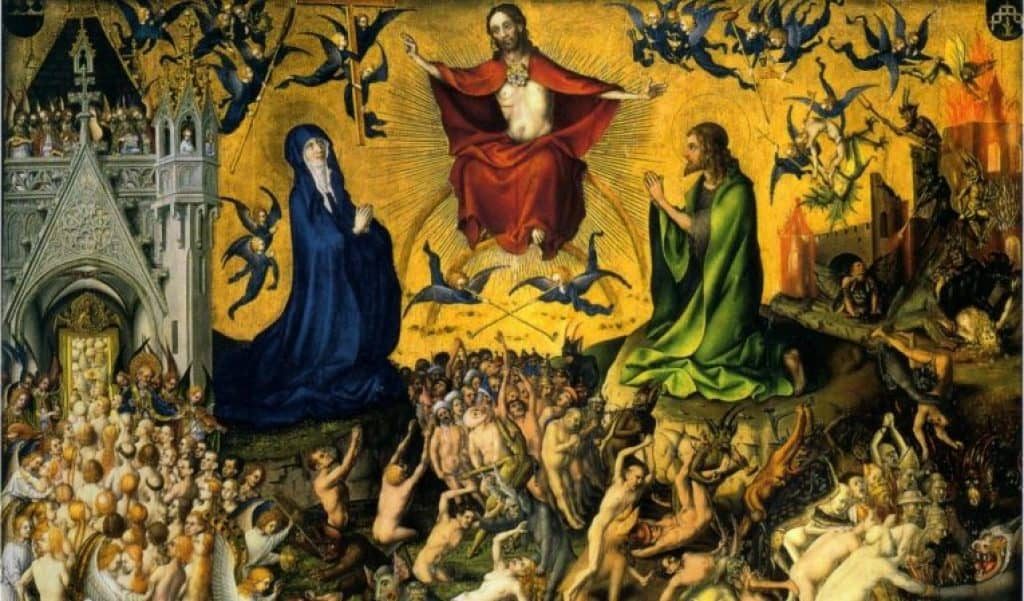 According to the book of Revelations, good will triumph over evil after much violence and persecution of Christians. Until then, Satan and his followers will continue to possess and torment humans in his vengeful need to create as much chaos and destruction as possible.

Whether or not demons are real is a very subjective issue that each individual answers. Undoubtedly, they are very real for people who claim to have had direct experiences with them. However, many people cannot accept or grasp concepts of angels and devils, because the beings are not of this world. This is the case for all paranormal subjects, which are not intuitive and logical for our rational minds. But nonetheless, the mystery keeps us intrigued.

On a more commentary note, perhaps it doesn’t matter if you believe the tenets about Satan and his demons as described by The Bible. The fact is, most people believe in concepts of goodness and evil, positivity and negativity. As humans, it would benefit us all to live proper, moral lives, aiming to do good, be kind, think positively, and offer ourselves to the service of others and God (if that’s what you believe); the least it can do is benefit ourselves and mankind. And perhaps there is a possibility that in the end, it will make the world a better place, and, who knows, it just may save our souls.