The 8 Creepiest Forests on Earth

If you visit these forbidden woods, your next trip might be plagued by eerie legends and bodies everywhere. 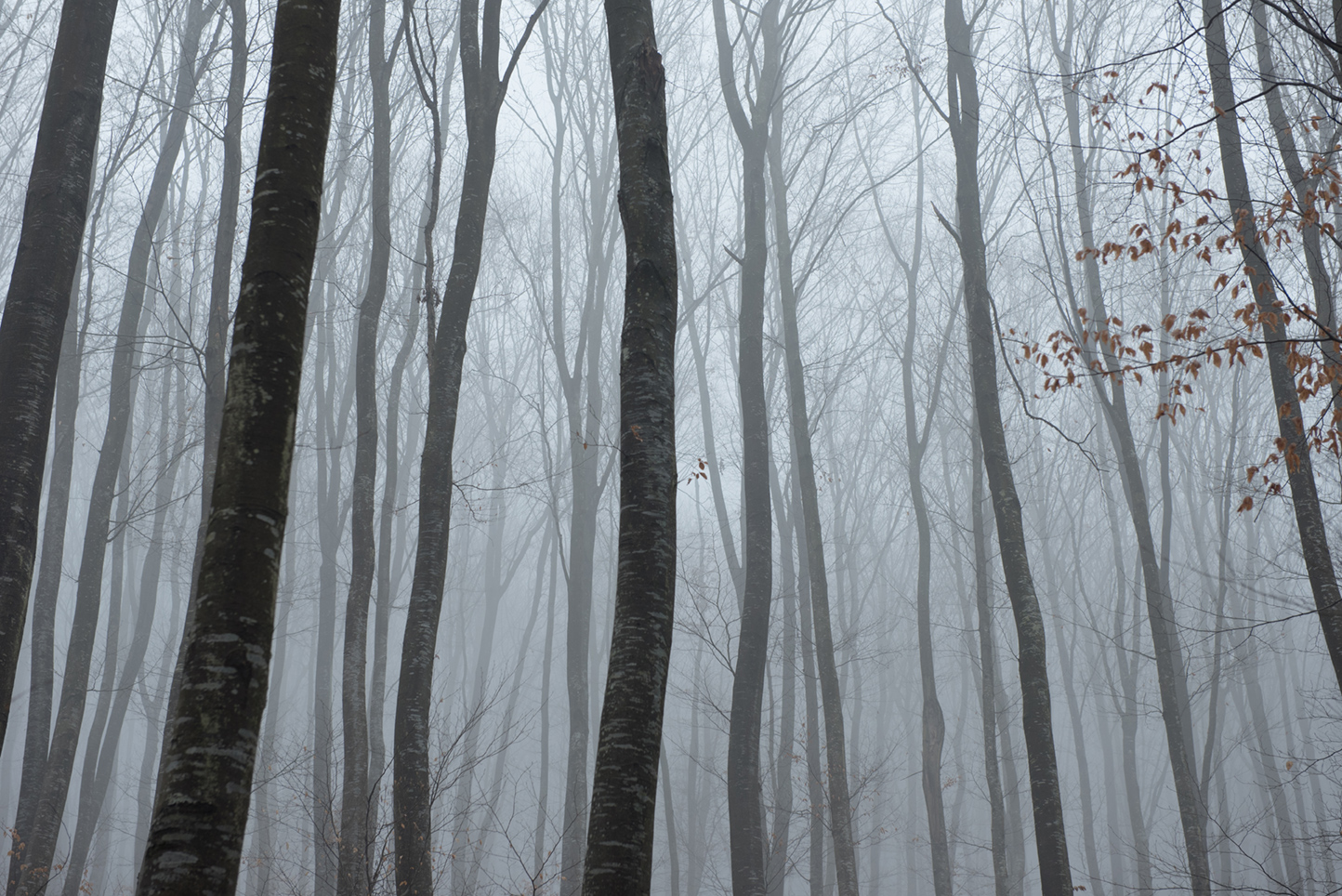 Few places in the world have such a magical effect on our imaginations as forests. The beauty, cool air, haunting shadows, and deafening stillness can overwhelm the sensations. Fairy tales and urban legends have reinforced the idea that forests are mysterious places where strange creatures lurk and inspire thoughts that anything can happen. Even the prettiest and most family-friendly woods take on a distinctly creepy ambiance as the sun goes down and darker shadows emerge. But, full of real-life horrors, unexplained occurrences, and legends, the following eight forests are among the creepiest in the world.

New Jersey has the dubious distinction of being the only US state to officially have its own demon: the Jersey Devil. Of course, only a place as beautiful and mysterious as Pine Barrens would be an appropriate habitat for a monster with a goat’s head, leathery bats wings, cloven hooves, and a forked tail. Popular legend states that this kangaroo-like winged beast was born to a witch named Mother Leeds in 1735 and had been terrorizing unlucky locals and killing livestock ever since.

Covering 22% of southern New Jersey, the Pine Barrens’ sandy trails lead to places of silence and intrigue. Ghost towns have now been swallowed up by the pines and some remnants of moonshiners may be found. The sandy, acidic soil makes living conditions inhospitable, so only the toughest and most desperate people have traditionally lived in the area. These people, called ‘Pineys,’ often consisted of fugitives, poachers, deserting soldiers, or runaway slaves who were forced to live off the land. Even today, you can stumble upon some not-so-abandoned houses used by modern-day Pineys who wear the derogatory label as a badge of honor.

Located at the foot of Mount Fuji, this is the ultimate haunted forest. Aokigahara is most famous for being Japan’s “suicide forest,” where people come from far and wide to end their lives. “The Sea of Trees” has become a macabre tourist attraction. It’s one of the most popular places in the world to commit suicide, with between 50 and 100 suicides a year, and comes “recommended” in the controversial Japanese book The Complete Manual of Suicide.

Perhaps the forest acts as a physical manifestation of the dark side of our minds. It’s so densely packed with trees that people quickly become lost. This is why some visitors have taken to marking their paths with plastic tape, and it’s not unheard of to stumble upon the remains of a corpse or find personal possessions such as photos and notebooks scattered around. Even on the sunniest days, the forest is gloomy. There are plenty of signs warning people not to deviate from the set trails, not to mention disheartening signs aimed at suicidal visitors asking them to think of their loving families in the hope of dissuading them from carrying out their intended purpose. Due to the lack of wildlife and dense foliage, Aokigahara is eerily silent.

Tales of spirits and demons roaming the forest were widespread before the suicides even began. Some say the victims of ubasute—the old custom of taking the elderly to a forest and leaving them to die of starvation—became vengeful spirits who prowl the forest. Psychics believe the trees themselves are filled with malevolent energy accumulated from centuries of suicides.

Europe has its very own “Bermuda Triangle,” and fittingly enough, it’s located in the most spooky of destinations, Transylvania. UFO sightings, apparitions, disembodied voices, strange faces in the trees, and unusual physical symptoms such as scratches and nausea can accompany trips to this forest.

The trees in some areas of the woods grow in unnatural, twisted shapes. However, one circular clearing, Poiana Rotunda, is a hotbed of activity in the forest. Two paranormal investigation TV shows, Ghost Adventures and Destination Truth, both recorded strange experiences and high levels of electromagnetic activity in this clearing. There are theories about it being a UFO landing area or the spot where the spirits of murdered peasants became trapped and were unable to move on.

Legends of disappearance also abound in the forest, causing people to believe that it’s a portal to another dimension. Hoia Baciu is actually named after a shepherd who went into the woods with 200 sheep and never came out again. There is also the story of a five-year-old girl who vanished and re-emerged from the forest years later wearing the same spotlessly clean clothes and not remembering anything from those missing years. 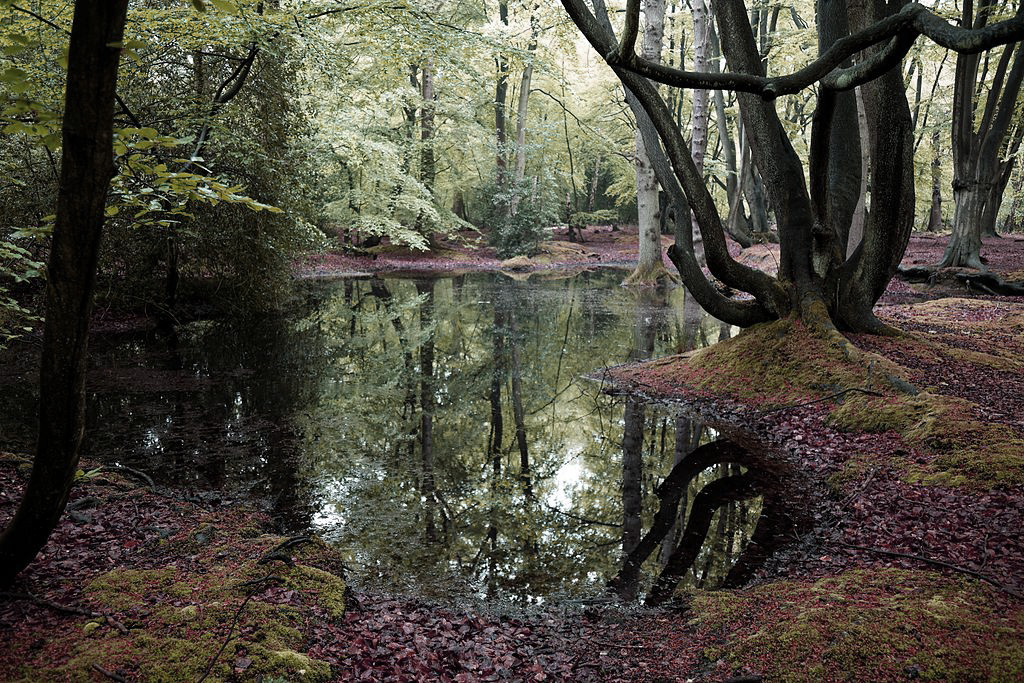 Epping Forest has been host to Roman battles, Norman invaders, and notorious highwaymen who have apparently left their mark in the form of strange paranormal phenomena. The warrior-queen, Boudica, made her last stand against the Roman army in the forest, and after being defeated, she poisoned herself and her two daughters and has remained in the area ever since.

On Hangman’s Hill, a hangman allegedly went crazy and embarked on a gruesome killing spree, dragging victims to the top of a hill by the rope, and if by luck they survived, he would chop off and bury their heads anyway. People still claim to have seen the hangman carrying out his psychotic activities as well as other apparitions, such as a man in a tricorn hat and cape riding a black horse. Witnesses report seeing headless men and ghosts of women and sometimes feel unseen hands touching them.

Perhaps it is not surprising that Epping Forest is home to restless spirits, given the amount of criminal activity that took place in the area. The infamous highwayman Dick Turpin had a cave hideout in the forest where he would retreat after robbing passersby. Because of its size and proximity to London, the forest has also been used as a burial area for murder victims, like those of the Kray twins. The forest’s dark history of war, murder, and crime makes it a popular place for ghost hunters, who continue to confirm creepy occurrences.

Kurseong Hill Station in West Bengal might seem like a nice relaxing place to go spend a few days, but the damp and creepy woods suggest a dark side. Countless people have been found murdered in the mysterious forest, and many people are said to feel overwhelmed by a sense of misery and depression, which has led to several suicides in the area.

There is a stretch of road known as “The Death Road,” where woodcutters claim to see a headless boy who disappeared into the trees. Some claim to have been tormented by his apparition in dreams and waking life. A woman with grey clothes has also been seen in the forest, but the tales say those who follow her become lost in the darkness of the trees.

Most of the reported paranormal activity takes place at the Victoria Boys High School, where footsteps can allegedly be heard even when the school is closed for the holidays. So far, none of this has ever been proven, with some people adamant it’s true and others dismissing the stories as rumors. Either way, it might make for a great trip.

In Matthews County, Virginia, this privately owned wood makes number six on our list. Do not attempt to visit as the owner will call the police if you trespass. However, the good news is, you probably don’t want to go to this freakishly spooky place anyway, so the owner’s doing you a favor.

Like all creepy forests worth their salt, Old House Woods was host to a few battles as part of the Revolutionary War and the American Civil War. Consequently, soldiers have been seen among the trees, not to mention headless ghost dogs, green orbs, screaming women, and headless pirates looking for their long-lost treasure and, presumably, their heads. Most bizarrely, spectral pirate ships appear and disappear in the fog, leading to speculation that a band of pirates buried their treasure in the woods but were killed in a storm before they could ever retrieve it.

A solitary and dilapidated Colonial homestead once stood at the center of the woods before it burned to the ground. There are tales that the site contains a vortex and those who wander into it are never seen again. Those who make it out are often physically or emotionally harmed somehow. Skeptics dismiss accounts of hauntings in the woods by giving a scientific explanation that the swampland water consists of high amounts of hydrogen sulfide, which can cause an array of symptoms, including dizziness, sickness, fatigue, and poor memory. Although in this case, there seem to be more believers than skeptics.

If you like your forests haunted and oozing with sinister ancient history, look no further than Ballyboley near Larne in Northern Ireland. Its history goes back to 300 BC, and it is considered to be an ancient Druid site with stone formations and circular trenches scattered throughout the forest. In the Middle Ages, it became notorious for a number of inexplicable disappearances.

It now has such a creepy reputation that not many people are willing to enter the woods, but those who do have reported some bizarre things. In 1997, two men took the risk of walking through the forest and later said they heard the distinct sound of a woman wailing in pain. They left the beaten track to look for her and found some of the trees thickly streaked with blood. They fled as they were encompassed by strange sounds, turning back to see four motionless human-like figures dressed in brown rags watching them.

Such figures have been reported on different occasions, and it’s not unusual to see billows of smoke and hear screams emanate from the center of the forest. It is thought that the presence of an ancestral pagan religion gave rise to substantial paranormal activity, and theories abound that the area is home to a gateway to the “Otherworld.”

Scotland is certainly no stranger to the supernatural. Renowned for its infamous Loch Ness monster, banshees, and countless haunted castles, it is a land enveloped in a foggy, ancient mystery. The Forest of Rothiemurchus in Inverness-shire ticks all the creepy boxes for ghost hunters and curious travelers alike, although it is a popular recreational site by day.

The beautiful forest is located within the Cairngorms National Park. It is home to an abundance of wildlife, including a large population of red squirrels and wild cats, but more sinister creatures come out at night. Rothiemurchus Forest is home to the grave of the Chief of Clan Shaw, a tough guy whose spirit apparently has a penchant for challenging those who cross his path deep in the forest. Legends tell that he favors the brave, and those who are cowardly and run from him are never seen again. But the terror does not stop there; entities such as goblins, elves, and other forest spirits allegedly add to the atmosphere of unease.

Tread safely in these forests

Whether you’re looking for vortexes, apparitions, and mystical creatures, or you just stumble upon them accidentally, these forests will have you praying for daylight and a warm house. No wooded corner of the world seems immune from the creep factor, so take your camera with you if you do venture into a forest as you never know what you may capture on film. Just hope that you and your camera come out unscathed!

Zahra Pettican is a U.K.-based lifestyle and travel writer.