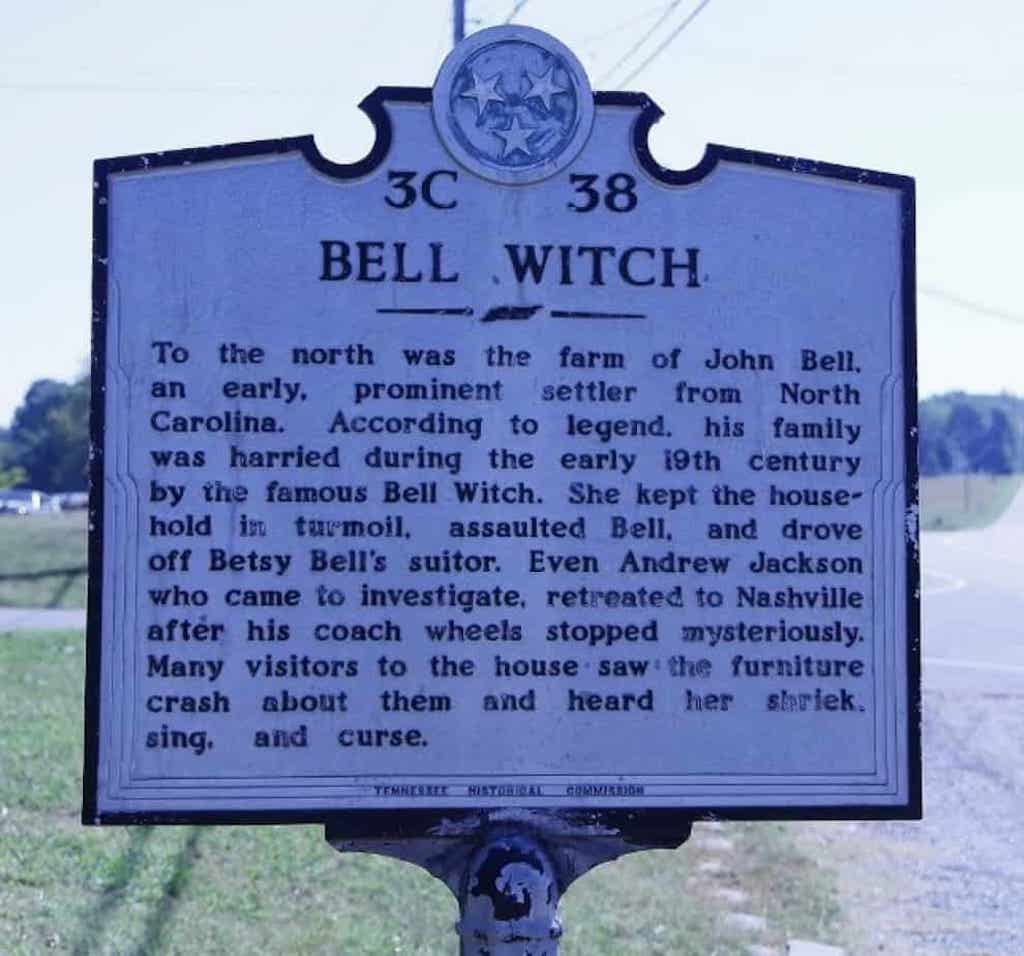 A modern marker near the Bell Witch site.

The Bell Witch haunting was one of the most documented paranormal events of all time.

In 1817, John Bell was in the cornfield of his farm near what is now Adams, Tennessee, going about his regular chores. In broad daylight, he saw what he later described as an unnatural animal with the body of a dog and the head of a rabbit. When he gave chase, it disappeared. That same evening, as the Bell family settled in for the night, they were disturbed by a loud knocking outside the house. When they went out to investigate, they could find no source of the sounds. After the family went to bed, some of them heard strange scratching sounds on the wooden frames of their beds. These were the first manifestations of the entity that would become known as the Bell Witch.

In the days following, the knocking was accompanied by rapping sounds inside the house and the faint sound of an old woman singing. These were also investigated, but the sources could not be found.

Then the poltergeist haunting really began. Inexplicably, John and the family’s teenage daughter Betsy were the main targets of the brunt of the unknown entity’s anger. The Bell Witch pinched, slapped, and stuck them both with pins. Blankets were torn off beds and Betsy’s hair was pulled to the point where fistfuls of her hair were ripped out.

At first, the family didn’t tell a soul about what was happening, but John eventually told a neighbor who came to the house and was the first outsider to experience the Bell Witch haunting first-hand.

Over time, the ghostly female voice became stronger and conversed freely with anyone in the house. It was in these conversations, where for some unknown reason, the Bell Witch revealed that she hated John Bell to the point that she vowed to kill him.

The story of the Bell Witch haunting spread and visitors came from all over to see the phenomenon themselves. They rarely went away disappointed. Andrew Jackson himself visited in 1819. Legend says that the horses of Jackson’s entourage initially refused to go anywhere near the house. No details are known, but Jackson’s party was apparently so unnerved by what they saw that they fled to Nashville in the early morning hours of the following day.

In spite of the continuing ghostly activity, the Bell family attempted to live normal lives. Betsy got engaged to a local farmer, which was a big mistake. The spirit did not like the fiancé and increased her persecution of Betsy. The intensity became so great that Betsy broke off the engagement.

After an unexplained sickness, John Bell died in December of 1820. Next to his death bed, the family found a strange bottle. Curious, they gave a drop of the liquid within to the family cat. It immediately convulsed and died, so they quickly threw the small bottle into the fireplace where it shattered and shot an eerie flame up the chimney.

The spirit traveled to John’s burial service where it sang, laughed, and cursed the memory of the dead man.

Soon after John’s death, the entity announced that it was leaving but would return twice in the future: in 1828 and in 1935. In 1828 it reportedly did return for several weeks, but the poltergeist activity was much more benign. As far as we know, nothing occurred in 1935.

Nothing remains of the Bell Witch haunting except the witness descriptions. The land that was the Bell’s farm is still farmland today, although someone pulled down the family house long ago. Some people believe the noisy Bell Witch continues to live in a nearby cave. Thus, they have named it the Bell Witch Cave, and it draws numerous tourists to the site every year. 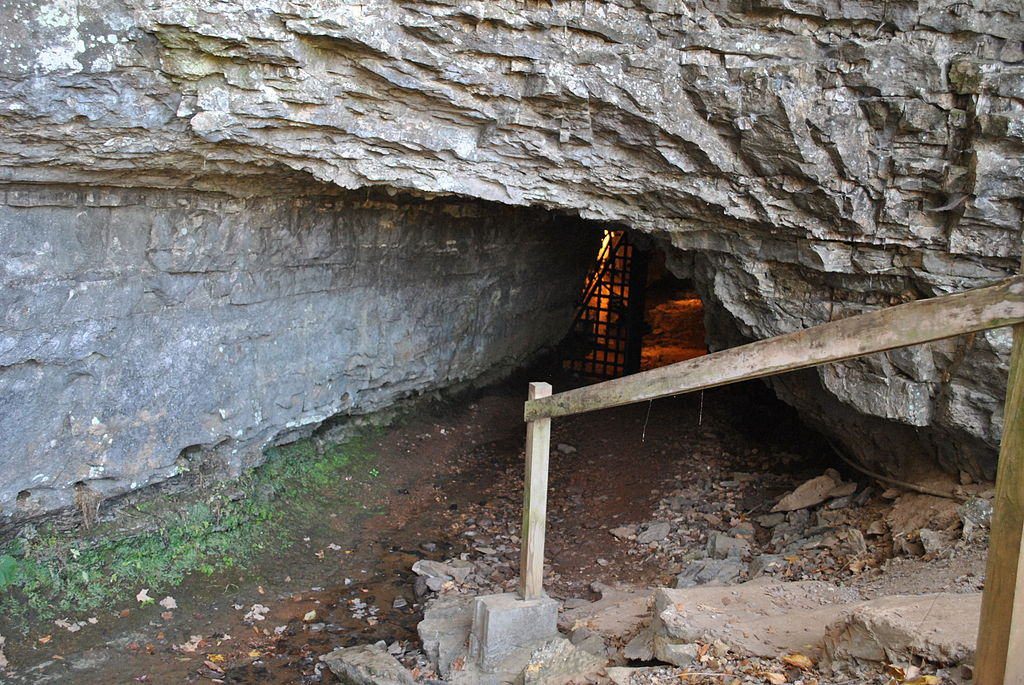 The Bell Witch Cave is listed in the National Register of Historic Places in the U.S. Wiki Commons, www78.