Yoga Barbie and the Revival of Satanic Panic 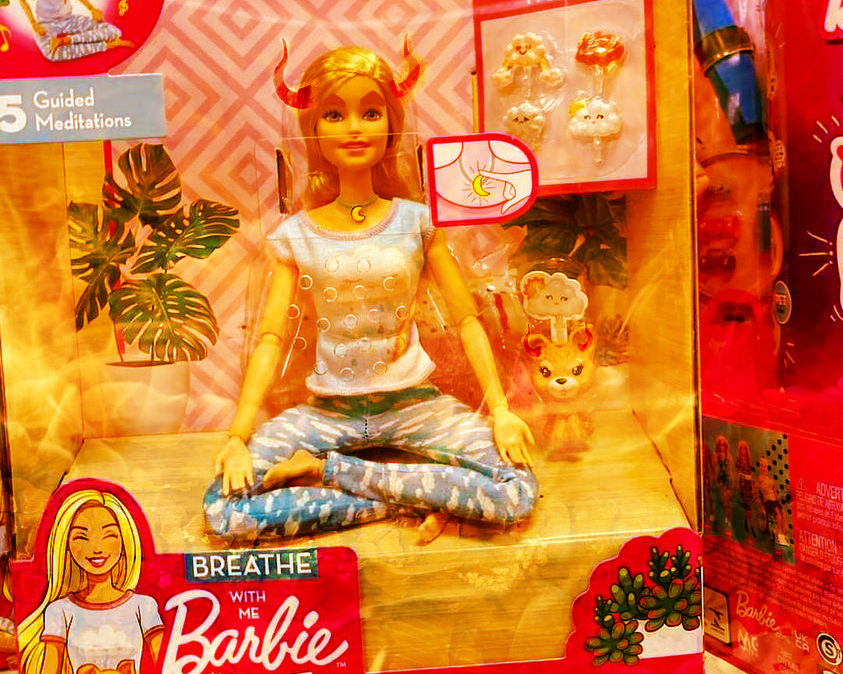 Satan’s back and he is coming for your children—this time in one of his most gruesome forms—a yoga-themed Barbie. In a viral post by Yasmeen Suri, a self-proclaimed new-age Christian renegade, she calls out Mattel and Target for their devious plot. “Satan always comes as appearing innocent. He will never come with horns and a pitchfork.” Before we continue, I must ask, if Satan “always” comes innocently, then how come we have this, this, and this? But I digress…

The reasoning behind her devilish claims is that “Yoga is Hinduism” and Hinduism opens you up to satanic possession because the poses cannot be separated from religion. Of course, this isn’t the first time this has been claimed.

In response to her post, people have both praised her and dunked on her, with one person saying, “I have been practicing yoga for over 10 years now and have yet to get possessed by demons. Now that I know this is a thing, I feel like I’m definitely not getting the full experience and my money’s worth. Do I complain to my yoga instructor or to Satan himself? I demand compensation or a possession at once!”

If it was that easy to invoke Satan, I think we’d all be doing it, right? Right? Well, Suri says she’s seen children get possessed by demons through yoga. While I’m all about the weird and bizarre, and hey, I love a good story about possession… The bummer here is that she’s just talking about kids practicing their flexibility, boosting their mental health, and of course, kids obsessed with Harry Potter (who she also has a vendetta against).

“Yoga Barbie” is at Target on the shelf. Satan always comes as appearing innocent. He will never come with horns and a pitchfork. This Barbie has 5 guided meditations. Remember, Yoga IS Hinduism. You cannot separate the poses from the religion. Each pose is designed to invoke a hindu deity in the spirit realm. I have seen children get possessed by demons. This Barbie also teaches you deep breathing(pranayama). Her pet is also involved. Satan is after the children. He wants to use them and indoctrinate them for his glory. Then, when he is done, he will destroy them. As your kids grow, they will get rebellious, depressed and many will be suicidal. You won’t understand what’s happening as a parent. God forbids all practices of eastern religion as a Christian. You must remove all toys and clean your children’s room of all demonic attachments. Deuteronomy 18:10-12