The true story behind The Devil in Connecticut, the basis of “The Conjuring 3.” 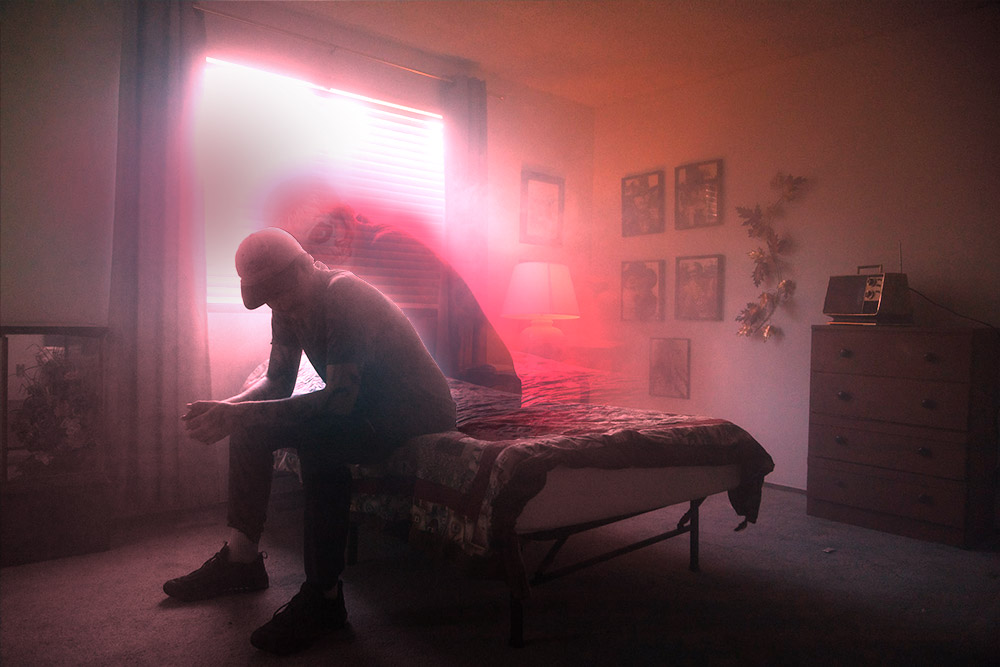 Arne Cheyenne Johnson claimed to the court "The Devil Made me do it!"

In the real-life story behind the Conjuring film “The Devil Made Me Do It,” Arne Cheyenne Johnson stabbed his landlord to death, then claimed he was innocent because of demonic possession. Johnson insisted he became plagued by a demonic possession during the exorcism of “42 separate demonic entities” from his girlfriend’s brother. His lawyer attempted to use this alibi but unsuccessfully convinced the court of Johnson’s innocence.

“The Devil in Connecticut” case was the first murder ever committed in Brookline, Connecticut, and the first case in U.S. history where a defendant used the “devil made me do it” as a legal defense.

In 1980, Arne Johnson moved in with his girlfriend, Debbie Glatzel, and eleven-year-old David Glatzel, Debbie’s brother. The three set out to work cleaning up their rental property when David complained of strange occurrences. He talked about being attacked by an older man who threatened to harm them if they moved into the house.

While the couple was concerned, they chalked it up to David, not wanting to help work around the house. Eventually, they moved in, and then they experienced even more unusual phenomena. They heard voices and strange noises from the attic. David started to act out, and he would regularly be covered in scratches. He displayed peculiar behavior, and night terrors became a common occurrence for David. He continued to cry about the old man describing him as a “man with big black eyes, a thin face with animal features and jagged teeth, pointed ears, horns, and hoofs.”

It convinced the couple that there was something sinister about the house, and they sought the help of a priest from the nearby St. Joseph’s Catholic Church.

The strange happenings at their new house made firm believers out of Johnson and Glatzel. They brought in the Catholic priest to bless the house. Unfortunately, things turned even more sinister after the blessing. They sought help from other Catholic priests in the hopes of an exorcism, but the Catholic Church refused.

Over the next few months, demon-possessed David gained over 60 pounds. He would stay up all hours of the night howling, hissing, and speaking in strange voices. He would recite “passages from the Bible or from Milton’s Paradise Lost,” and it is reported that David displayed other supernatural abilities, including levitation.

Out of desperation, the family turned to paranormal investigators Ed and Lorraine Warren as their last hope. The Warrens determined more than one demon possessed David. They helped carry out multiple exorcism sessions, each one fraught with horrors. Ed and Lorraine Warren claim that four priests from St. Joseph’s attended the exorcism.

The church denied any connection to the exorcism.

Lorraine Warren told the Courant, “[My husband and I] work closely with church officials and view demonology as an extension of theology. It would be defeating our purpose to do anything deceitful or dishonest.”

They say, “be careful what you wish for; it just might come true.” If Johnson had known the aftermath of his decision, maybe he would have made different choices.

During one of David’s exorcism sessions, Johnson was reported to have repeatedly tried to convince one of the demons in David to possess him. A couple of days later, Johnson claims the demon attacked him. The devil purportedly took over his body and drove his car into a tree, wrecking it. Luckily, Johnson was unscathed.

After that encounter with the demon, Arne Johnson went back to the rented house to carry out his own sleuthing, despite being warned several times not to by Ed and Lorraine Warren. Johnson went straight to an old well on the property, which he believed was the demon’s origin—the investigation proved to be more than he bargained for. Johnson said that the last he remembered about his encounter was making eye contact with the demon in the well. Everything else that happened with the demon occurred outside of his knowledge or control.

The Murder of Alan Bono

On February 16, 1981, what started as a pleasant outing ended up with the gruesome murder of Alan Bono.

That terrible day Arne Cheyenne Johnson wasn’t feeling well, so he called in sick at work and went to see his Debbie at the kennel where she worked to spend time with her. Alan Bono was the landlord of the rental property and Debbie’s employer at the kennel.

Johnson and Debbie got together with Johnson’s sister Wanda and Debbie’s cousin, Mary, along with Alan Bono. Then, being a good sport, Bono treated the group to lunch at a bar nearby and indulged in one too many drinks.

Under the influence of heavy alcohol, Bono began to misbehave and grabbed nine-year-old Mary. Debbie tried to get Bono to let go of Mary unsuccessfully. Johnson demanded that Bono let go of Mary, and they freed her from Bono’s tight hold. While Debbie stayed back to ease things, Johnson was said to have flown completely off the handle as if possessed.

Wanda held on to Johnson, trying to calm him down. His behavior shocked her—she said that Johnson growled and made inhuman sounds. Then she saw a flash of light, after which she lost her hold on him. Johnson freed himself from his sister’s hold and attacked Bono with a knife. He stabbed Bono several times and then headed for the woods as if he was in a trance. Johnson maintains he remembers nothing about the murder he had committed.

Often tagged the “Devil Made Me Do It “case, the Cheyenne Johnson case caused enough of a stir and wholly shocked the court. It was the first time a defendant tried to convince the world of his innocence by claiming that a demon had possessed him, so naturally, it would raise many questions.

Martin Minella, the lawyer who represented Arne Johnson, despite being a skeptic, reported that considering the 5-inch length of the knife, the deep wounds Bono had suffered could not have been done by a human. Therefore, he concluded that Arne Johnson had to have been possessed for him to be able to inflict such “tremendous wounds” on Alan Bono.

Minella tried to convince the judge that Johnson was innocent, based on his possession by the demon, but the judge, Robert Callahan, wasn’t buying it. The court rejected Johnson’s claim of being possessed because it was impossible to prove; it was unacceptable in the court of law.

On November 24 1981, Arne Cheyenne Johnson was convicted and sentenced to 10 to 20 years in prison, on account of first-degree manslaughter, but only served five years in prison.

Although science has been unable to find any irrefutable proof of paranormal existence, empirical evidence strongly suggests otherwise.