What Led Captain Thomas Mantell on a Chase to His Death?

Barely six months after the Roswell Incident and barely a week into the brand new year of 1948, one of the more sinister of all UFO encounters took place a stone’s throw from Fort Knox in Kentucky – the Thomas Mantell UFO incident.

It was lunchtime when several witnesses on the ground reported an object often described as large, circular and metallic measuring approximately 300 feet in diameter to Kentucky State Police. From certain vantage points, it was described as moving in a westerly direction. Godman Airfield was contacted and within half an hour, Wright-Patterson Air Force Base confirmed that they had no aerial traffic in the area. Sgt. Quinton Blackwell and Base Commander, Colonel Guy Hix, were two of three witnesses in the Godman Air Traffic Control Tower that also saw this object. As well as watching this unknown change colors from red to white, Hix said he saw an umbrella-shaped craft that appeared to be one quarter the size of a full moon.

Four P-51 Mustangs were en route to Standiford Air Field when they were asked to investigate the sighting. The airborne squadron was under the command of Captain Thomas Mantell. Even though the 25-year-old only managed to secure his status as a pilot in the middle of the Second World War, he was already an experienced pilot with the newly formed Kentucky Air National Guard, having logged over 2000 hours of flight time. Alongside him were a pair of wingmen. On his right was Lt. Albert Clements and on his left was B.A. Hammond. Clements was the only pilot of the three that was equipped with oxygen. The fourth pilot was not able to pursue an investigation as his Mustang was low on fuel. He returned to base while the other three continued onwards and upwards.

Pursuit of the UFO

As the trio approached the object, it was clear that whatever they saw was at an altitude of at least 30,000 feet, placing it way above the capabilities of the Mustang’s design. Both of Mantell’s wingmen broke off pursuit at around 22,500 feet and began to head back to the base. Mantell ignored all orders and encouragement to return with the rest of his squadron. As experienced a pilot as Mantell was, it seemed inconceivable that he would make a basic and fundamental error of judgment such as this. High altitudes like that drastically increase the likelihood of hypoxia.

Something other than a high altitude weather balloon compelled Mantell to continue his pursuit. Perhaps it was the planet, Venus. However, it was not something that anyone could possibly see in the middle of the day anywhere in the world. Being as patriotic as the next man, Thomas Mantell almost certainly considered this to be of a significant threat to America. Thus, it was his sworn duty to protect his country.

It is reasonable to assume that at some point during his pursuit, Mantell began to feel overcome with the effects of hypoxia and maybe even spacial orientation, and passed out before he could counter these effects. Unable to correct his flightpath, the Mustang headed higher and higher before the engine eventually became starved of oxygen too. The Mustang probably continued on until gravity took hold of it and made its pilot the first recognized victim of the UFO age. The watch that Mantell wore stopped at 3:18 pm and investigators took this to be the moment of impact.

Ever since the wreckage was discovered close to the border between Kentucky and Tennessee, just outside a local farm near Franklin, the belief surrounding what happened has been documented between the official account and the unofficial. Project Sign was the forerunner of Blue Book and it was concluded that Thomas Mantell became embroiled in a top-secret mission known as Operation Skyhook. They speculated perhaps he pushed both himself and his aircraft beyond endurance chasing a project balloon, of which he would not have had any foreknowledge. 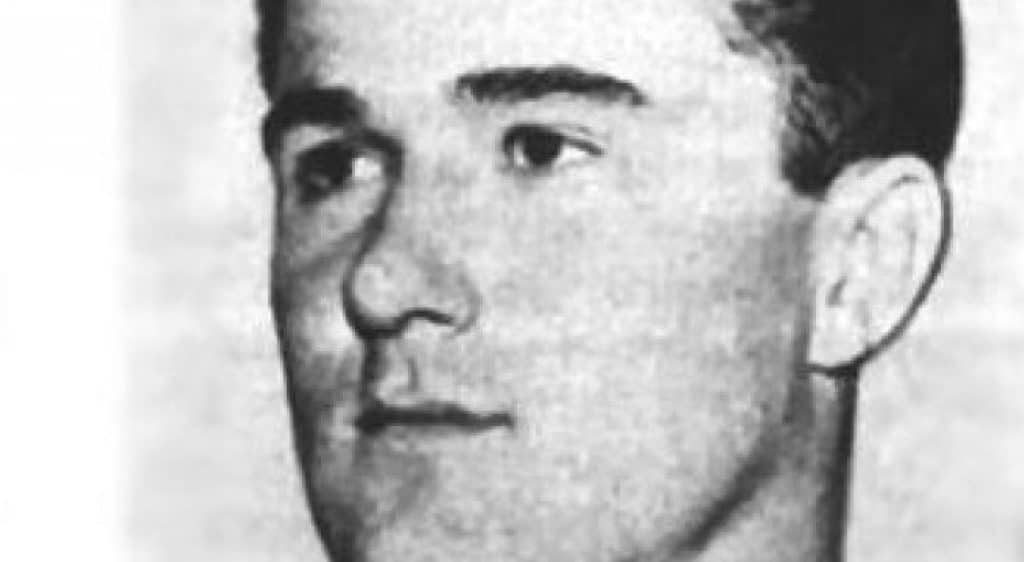 The official findings either didn’t know about or chose to disregard the many eyewitness accounts of the Mustang’s final moments in the air. Glen Mays was one of those that saw the Mustang in the air. He said that the plane circled three times and gave him the impression that the pilot wasn’t aware of what the plane was actually doing. Then there was an explosion. The wife of Joe Philips, owner of the farm close to the plane’s final resting place, also reported hearing an explosion. Even though she was indoors at the time, she also said she heard the engine. In her opinion, it was not working as it should.

Mysteries at the Crash Site

The most damning testimony came from the USAF’s own investigator Captain James Duesler. Speaking from his retirement home in England during 1997, he revealed the scene he saw at the site of the crash. The Mustang came down in a wooded area and none of the surrounding trees showed any sign of damage. Duesler reckoned that the wreckage was placed there and did not crash. Both wings had broken off, as had the tail section. Each lay a short distance from the fuselage. The fuselage was undamaged and intact. One of the propeller blades was embedded in the ground. But oddly, it didn’t show any damage consistent with the operation when it came into contact with the ground. As a former air crash investigator, Duesler knew what to look for and what it meant. He didn’t believe that the propeller blades were not in use when the crash occurred.

The Captain Describes the Object

The crash site is not the only peculiarity to this fatal incident. Mantell was determined to chase down this object, but he kept in radio contact during the pursuit. Mantell had no idea what he was looking at but did describe what he saw. He reported back that this metallic object was massive and that sunlight may have been reflecting off of it. The Thomas Mantell UFO was traveling at half the speed he was, but the craft always remained ahead of him and above his position.

In the Operations Room of Scott Air Force Base in Belleville, Illinois, Richard Miller was monitoring the communications. He claims that he heard Mantell refer to occupants. He also added that the morning after, Intelligence Officers from Wright-Patterson turned up and demanded that they hand over all materials on the crash. Miller, like all other personnel, had little choice but to comply. However, he insisted that the officers admitted that they had already completed the investigation.

Conjecture About the Thomas Mantell UFO

Many ufologists consider the Thomas Mantell UFO incident to be one of the more significant cases on record. The official cause of the crash may be what actually happened, but it is conjecture. Theorists have proposed other causes over the years. Speculation about a deliberate hostile act to shoot down the Mustang emerged. Other people talked about an encounter with a force field or an electromagnetic pulse. Perhaps what Richard Miller heard is true and the USAF is just not telling.

Murder by being(s) unknown or a tragic accident? What exactly was the Thomas Mantell UFO?

You may also like:
The Rendlesham Forest Incident
Mysterious Chilean UFO Case