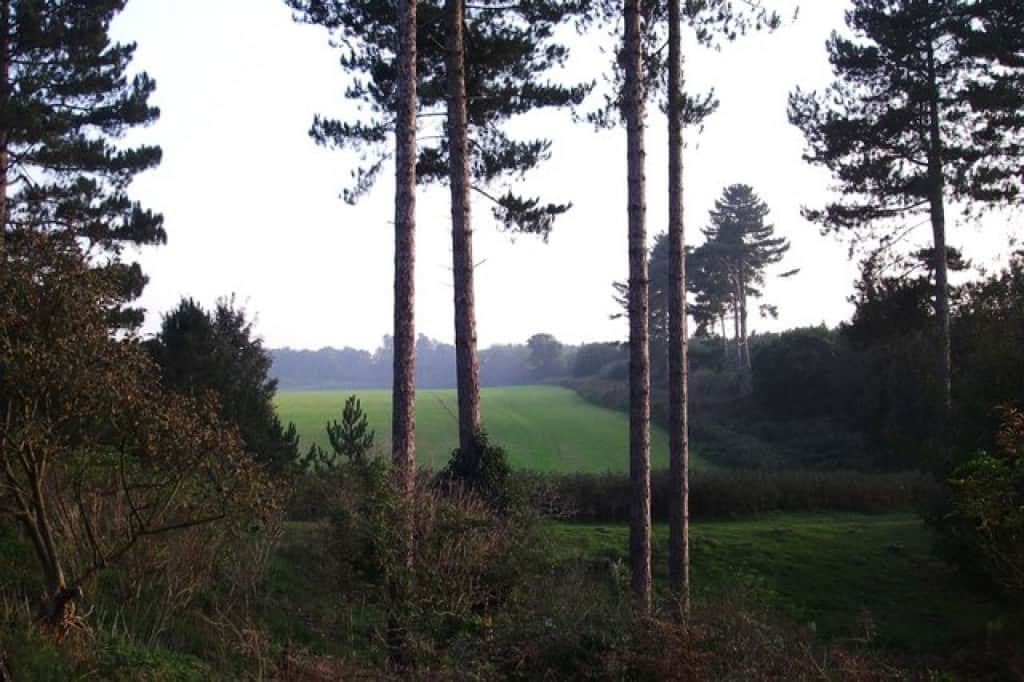 What Events Led up to the Rendlesham Forest UFO Incident?

In 1980, the United States Air Force was utilizing The Royal Air Force Bases Bentwaters and Woodbridge. That year, one of the biggest UFO incidents in history took place in the Rendlesham Forest, outside of the Woodbridge RAF base. This incident is known as the “Rendlesham Forest UFO Incident” or the “British Roswell.” The incident was well documented, but the question is, does the credible evidence involved in this case point to a UFO or a series of coincidental events that made one heck of a story?

The Rendlesham Forest UFO Incident began on December 25, 1980, when suspicious lights in the sky were seen by USAF security at the Woodbridge RAF base. A few hours later, more lights were seen in the Rendlesham Forest, near ground level, sweeping through the forest. There were also hundreds of civilian reports of meteors and strange lights in the sky. There were meteor showers that night and part of a Russian rocket was visible in the night sky in the area upon reentry. This explained the strange lights everyone was seeing, but what about the lights in Rendlesham Forest?

Security at the base received permission to enter Rendlesham Forest in pursuit of the strange lights that witnesses had seen there. They initially presumed that a plane had gone down in the forest. It had to be checked out. Base security and local law enforcement went out to find the source of the lights in the early morning of December 26. All of those who responded reported seeing red, blue and yellow lights. Some even spoke of a yellow mist.

One of the reports indicated that at least one of the investigators from the base saw a cone-shaped aircraft made out of metal. Blue and red lights were on it, and a yellow mist enveloped it. His earliest statement and drawing of what he saw show a great distance between himself and the object. He would later describe a close encounter with this craft, but that was not part of his initial report and is less credible.

Investigating the Next Day

When Rendlesham Forest was no longer under the cover of night, investigators found a location that some believed might have acted as a landing zone for the source of the mysterious lights. They found three depressions in the ground that have evolved into landing gear marks since that time. The truth is that police concluded animals could have made the marks. Lieutenant Colonel Charles Halt, who went out days later, reserved judgment.

During the early morning of December 28, 1980, Lt. Col. Halt went into the Rendlesham Forest with the men who had investigated the lights. He had a Geiger counter and an audio-recording device. They brought the device to the area with the depressions. Many sources will tell you that Halt recorded an abnormal amount of radiation at the site. The truth is, his audio recording shows that the highest count he got was .07 or 7/10ths – background radiation. They saw more lights that night.  These lights mimicked the lights seen two nights earlier, but they did not find the source. If they had gone further towards the lights, more than five miles, they may have found that the source of the light was a lighthouse. 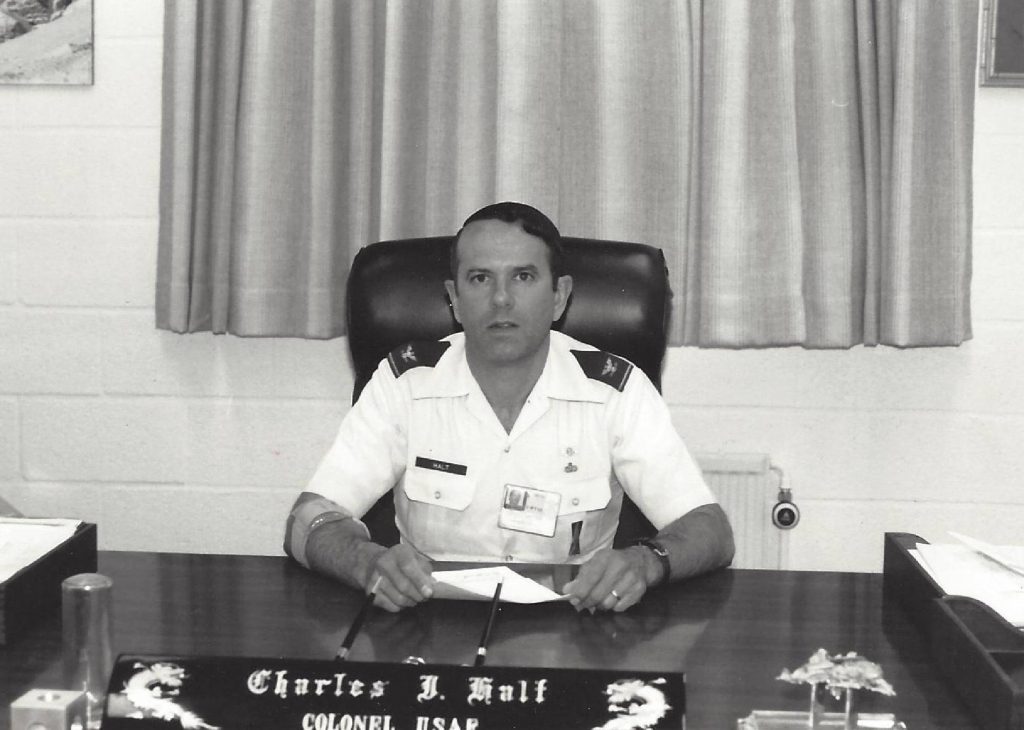 Colonel Charles Halt at his desk.

There is a lighthouse more than five miles outside of Rendlesham. Skeptics believe this could be the Rendlesham Forest UFO people saw in December of 1980. It is quite possible. The lighthouse does boast a sweeping yellow light that could have caused a yellow mist effect in the forest. It also has a blinking red light on top. It does not completely explain everything in the reports written after those two nights and mornings, so it is possible that aliens used a fortuitous moment, a night of meteor showers, rockets reentering the atmosphere, a conveniently placed lighthouse and the logical mind of Lt. Col. Halt to cover up their landing in Rendlesham Forest.