Leslie Kean, a contributor for The Huffington Post, released an incredible Navy video to the public after a two-year investigation of a Chilean UFO witnessed by two Navy officers in a helicopter. They were conducting a routine patrol off the coast of Chile, just west of Santiago, on November 11, 2014. The Chilean organization Comité de Estudios de Fenómenos Aéreos Anómalos (CEFAA), which translates into the Committee for the Study of Anomalous Air Phenomena, has led the investigation utilizing top experts from many fields who have attempted to identify the UFO. However, after two years, the CEFAA committee “unanimously agreed” that the Chilean UFO incident is unexplainable and officially deemed the object an Unidentified Aerial Phenomenon (UAP). 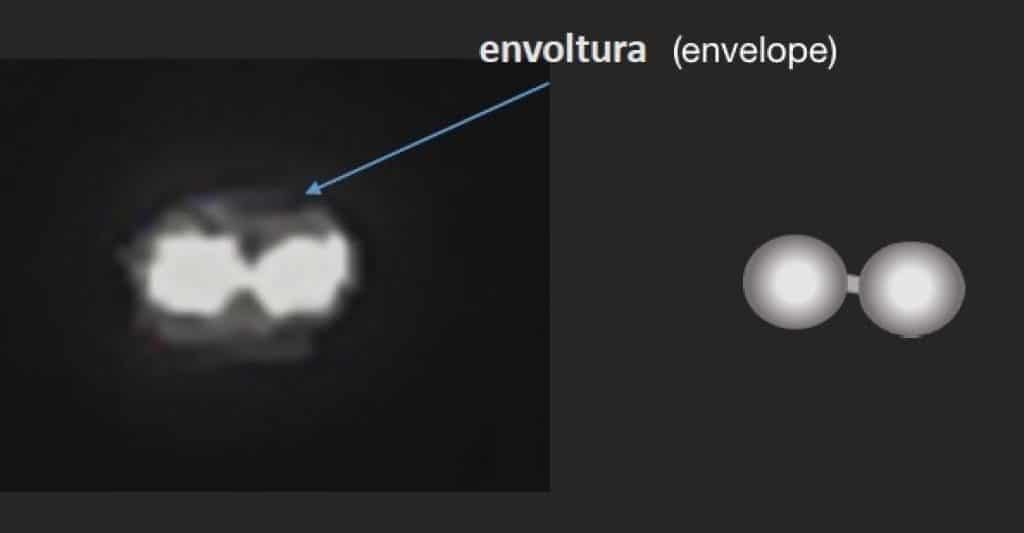 The object appears to be two disks of light connecting at the middle. Image credit: CFEAA.

The well-seasoned pilot of the helicopter was a Navy Captain, and the other man was a highly trained Navy technician who was testing out imaging technology used for surveillance and reconnaissance missions. They were flying at an altitude of about 4500 feet at a speed of 152 mph. The technician was scanning the topography with his camera when he spotted something strange. It appeared to be moving around the same speed they were and was around 35-40 miles away. Both men were able to see it with their naked eyes, but could not identify it. However, when the camera zoomed in on the object in infrared, the mystery deepened.

Infrared picks up heat. The imaging appears in black and white, and the hotter the subject, the darker it will appear in infrared (IR). Whatever it was they were looking at gave off a lot of heat. The Captain described it as a “flat, elongated structure,” while the technician said it’s “white with a semi-oval shape on the horizontal axis,” according to Kean. Later, experts would determine that the temperature of the object was more than 122 degrees.

Kean broke up the footage into three videos: here is the first part of what the men saw – the object itself. The imaging flips between IR and HD:

But there is one additional component that makes this footage particularly unique: ‘In two instances it discharged some type of gas or liquid with a high thermal track or signal,’ the technician stated. After filming about eight minutes, the stunning ejection of a massive plume of very hot material is captured on the video, trailing behind the object. 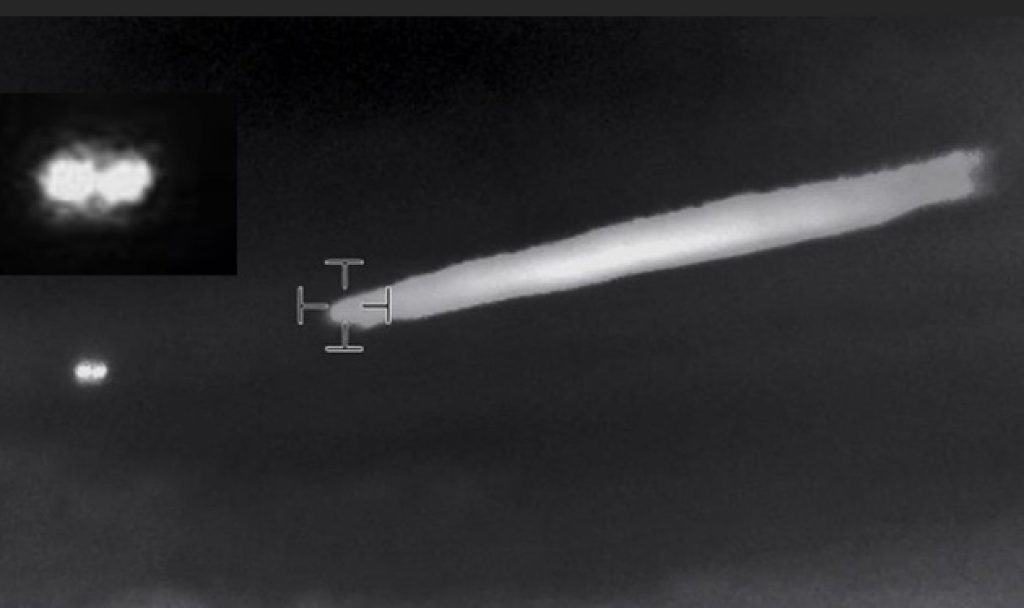 The object moves away after it has ejected something very hot into the atmosphere. Image credit: CFEAA.

A Chilean UFO Under the Radar(s)

Radar technology on the helicopter could not pick up the object. The pilot contacted two air traffic control radar stations, neither of which could see any other aircraft in the area. There had been no requests to fly in this area. The pilot attempted to communicate with the strange craft a number of times, but there was no reply. After filming for just over 9 minutes, the object disappeared behind the clouds and the men flew back to base.

During the next two years, CEFAA conducted intensive investigations of the Chilean UFO incident. The team consisted of a meteorologist, astrophysicist, nuclear chemist, photogrammetric imaging specialist, video and photo experts, and an aeronautical engineer. The Air Force General also attended some meetings.

After two years and eight meetings, experts had proposed many theories, but they systematically ruled out all of them. The committee determined that it was a genuine 3-dimensional object with a real form that remained static despite the wind. The object reflected light, and it emitted “some kind of energy.”  Interestingly, without infrared images,  the Chilean UFO  would never have been noticed at all. Therefore, the CEFAA deemed the mysterious object a genuine UFO or, as they say in Chile, a UAP.

Is the Ice Bucket Challenge Really a Satanic Ritual?