The Ghosts of Banff Springs Hotel

A look at Canada’s most iconic haunted hotel for your next ghost hunting adventure. 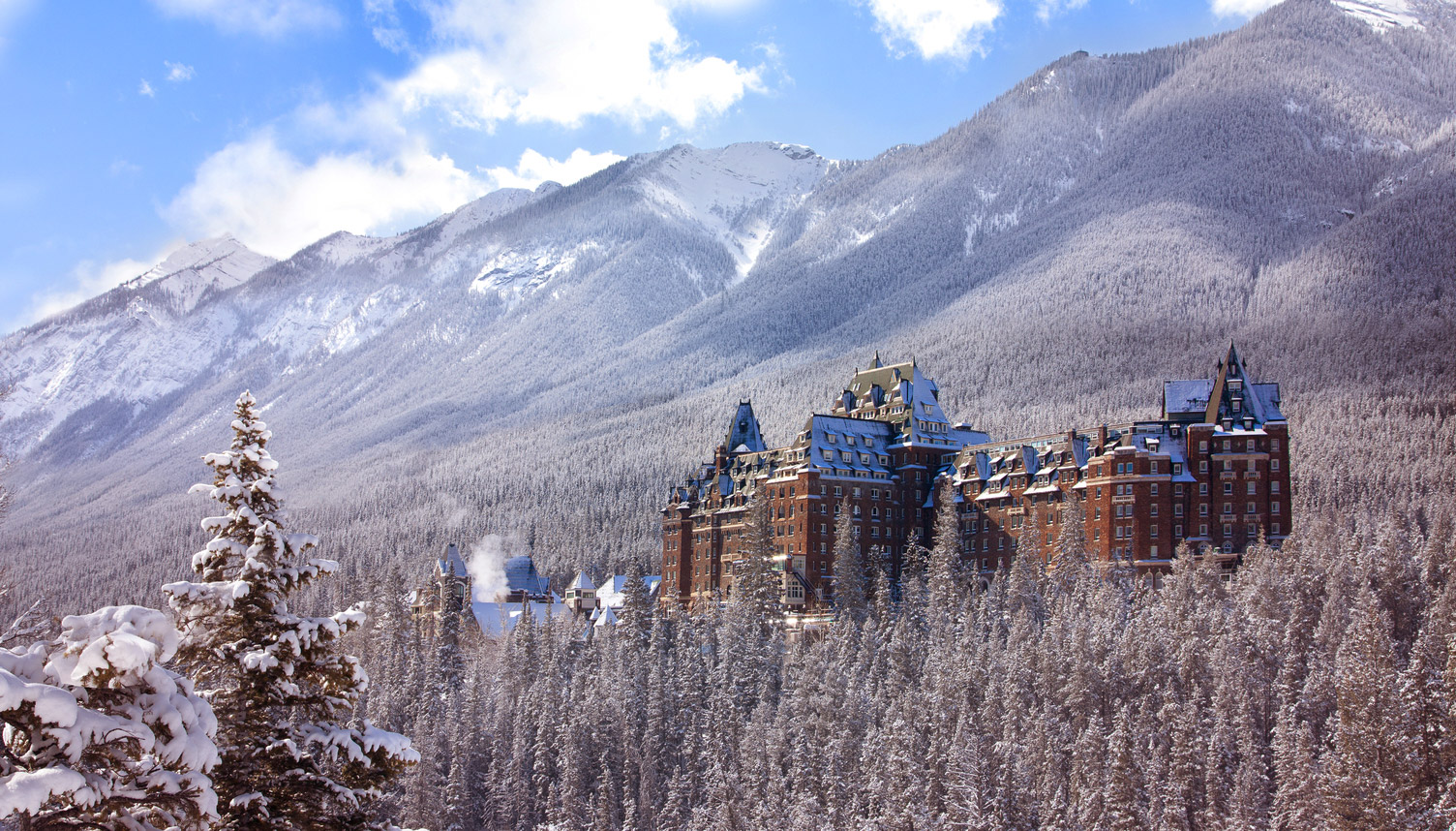 The town of Banff has been one of Canada’s most prominent mountain resorts for many years due to its breathtaking views and the splendidly designed Banff Springs Hotel. The historic hotel offers a window to the past that will make you scream like you’re on the set of The Shining. The Canadian Pacific Railway originally built the hotel in 1888, but in 1926 a devastating fire destroyed a large swath of the hotel, so they rebuilt it in 1928.

In its 133 years, the Banff Springs Hotel has developed a vibrant history in ghostly lore. Guests and hotel staff alike have made ghost sightings. These otherworldly encounters occur regularly and cause quite a stir amongst the community.

The most notorious hauntings and ghost stories of the Banff Springs Hotel come from real-life events. Here are the top haunts of this magical hotel.

Arguably the most famous ghost story about the Banff Springs Hotel is about a family who met their end while staying in room 873. The story of a family of three—a man, his wife, and his daughter—ends with a murder-suicide. The husband killed his wife and daughter before killing himself. It is a sad and sickening crime, but one that is unfortunately all too common. But while the hotel says the story is simply a bloodstained myth, the paranormal activity surrounding this room is wild.

Early guests who stayed in the room reported that they heard loud shrieks and cries emanating from the room without an obvious source. Maids and cleaning staff, while cleaning the room, said that they experienced flickering lights and had seen ghostly handprints on the bathroom mirror. They said the print would somehow reappear no matter how hard or how often they scrubbed.

Legend has it the hotel received so many reports of paranormal activity in Room 873 that they decided to altogether “remove” the room by barricading it.

Interestingly, the hotel has rooms ending in “73” on each floor (for example, 673 and 773) except the eighth floor. Each room door in the hotel has lighting above the entryway.

On the eighth floor, there is suspiciously no room 873; it is barren. The area where a door would typically appear on the other floors is empty, but the light remains. Past sleuthing guests say the missing door sounds lighter and more hollow when knocked on.

Also, other guests have reported seeing a young girl wandering the hallways, looking lost, in front of missing Room 873.

Many people (both guests and hotel staff) have claimed that this story is a hoax and a publicity stunt pulled by the hotel, but the hotel reaffirms the story is simply a myth. 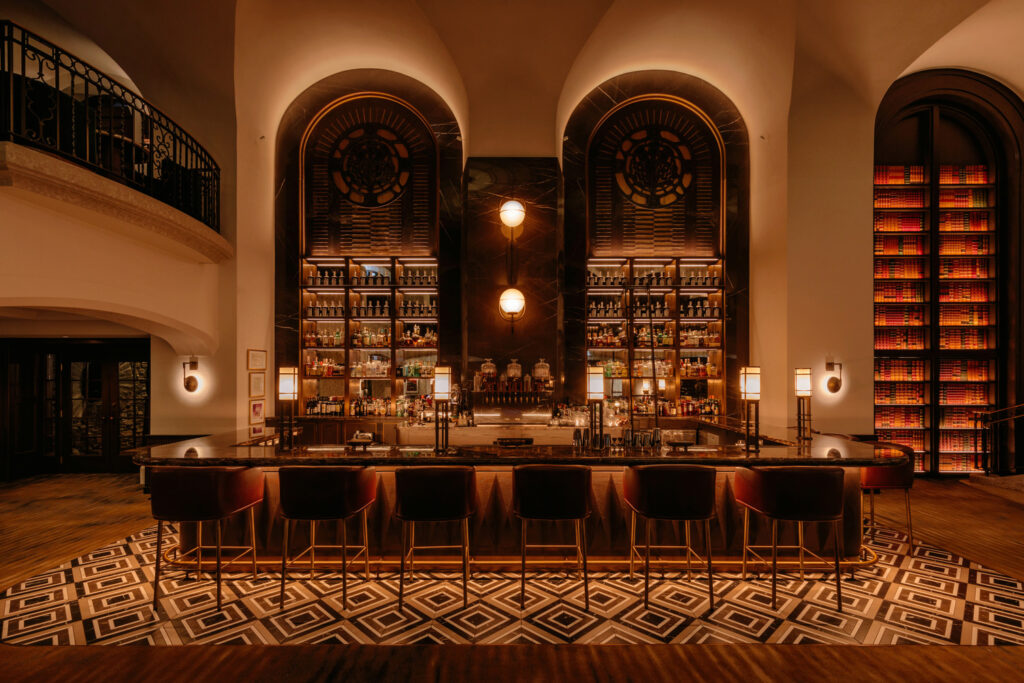 While some might be quick to refute the tale of the doomed family, the story of Bellman Sam at the Banff Springs Hotel is even more intriguing. Samuel “Sam” McCauley worked as a bellman until he died in 1976, but his memory forever lives on at Banff.

Sam, a beloved Scotsman, with a notable accent and pleasant disposition, worked as the head bellman for over 40 years through the late ’60s and ’70s. Before his death, they said Sam loved his job at the hotel so much that he promised he’d come back to haunt the hotel after he died.

Well, it sounds like he kept his promise. Both guests and hotel employees have reported receiving help over the years from a kind bellhop with a Scottish accent resembling Sam’s appearance.

In one instance, an elderly couple insisted that an older bellman helped them with their bags; they even provided a description very much like that of McCauley, wearing an old uniform. It stunned both the hotel manager and the couple, given that the hotel only had bellhops under 30 on staff.

The Banff Springs Hotel has long been known to guests from around the world for the tragic tale of the Doomed Bride. Reports of the ghost bride typically tell of a spectral bride dancing within Banff’s Cascade Ballroom or walking down the stairs.

The story dates back to the late 1920s and 30s; hotel historian David Moberg describes her unfortunate tale saying, “She fell down a curving stone staircase to her death before the beginning of her wedding banquet long ago.” The doomed bride is so well known that they even minted her on a coin in 2014.

While the story behind Room 873 might be a myth, the historic Banff Springs Hotel has welcomed its ghostly roots by featuring an annual Halloween Heritage Ghost Tour. This family-friendly tour of the hotel shares the tale of the legendary ghosts who may make regular appearances.

Can’t make the trip for a Halloween weekend? There are enough strange tales surrounding the majestic hotel that I’m sure you’ll find something out of the ordinary going on at the Banff Springs Hotel during your trip.