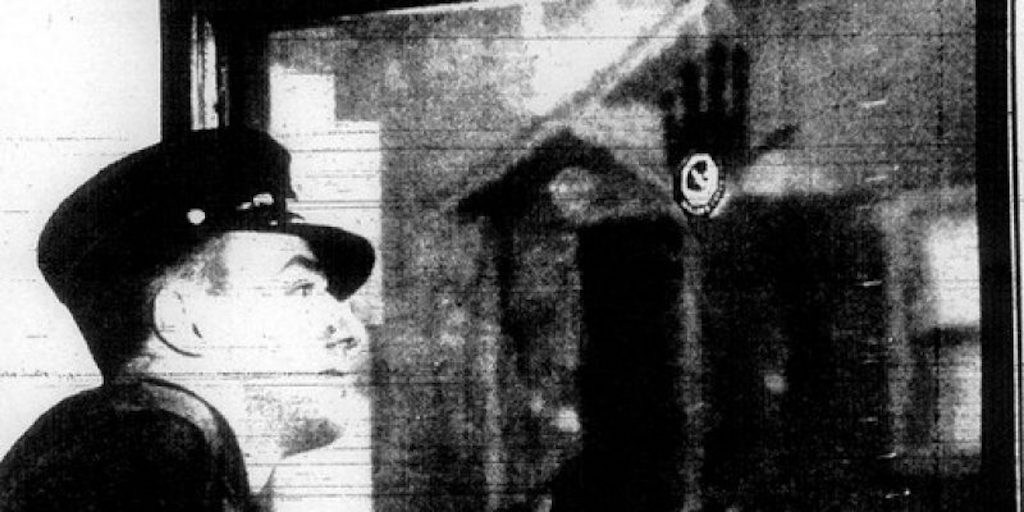 For decades, firefighters at the Chicago Fire Department noticed a mysterious handprint that left a permanent mark on a casement. The handprint could not be washed, scraped, or removed, despite several attempts. Legends circulated, and many believed that the handprint had a rather macabre history, belonging to a fellow firefighter named Francis Leavy who succumbed to an accident. 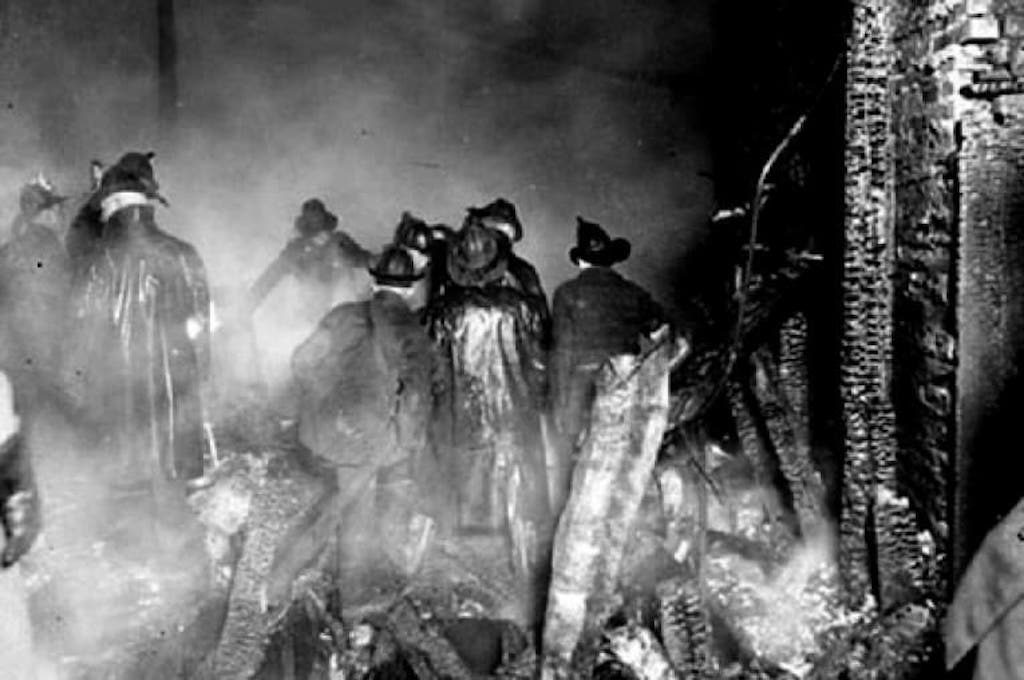 Photo of the Firefighters during the April 1924 fire.

Francis Leavy is About to Die

April 18th, 1924, started as an ordinary day for the many firefighters working at the Chicago Fire Department. As they say, ignorance is bliss.

Francis Leavy, a firefighter, was cleaning a window at the firehouse. That morning, he acted quite odd—he didn’t talk, didn’t smile or greet his peers. Leavy quietly busied himself with work and had an air of gloominess around himself.

Suddenly, Leavy spoke. In a mournful tone, Leavy foretold he would die that day. The sense of an impending death overcame him. Although we can imagine his fellow workers giggling at this grim pronunciation, he was deadly serious. 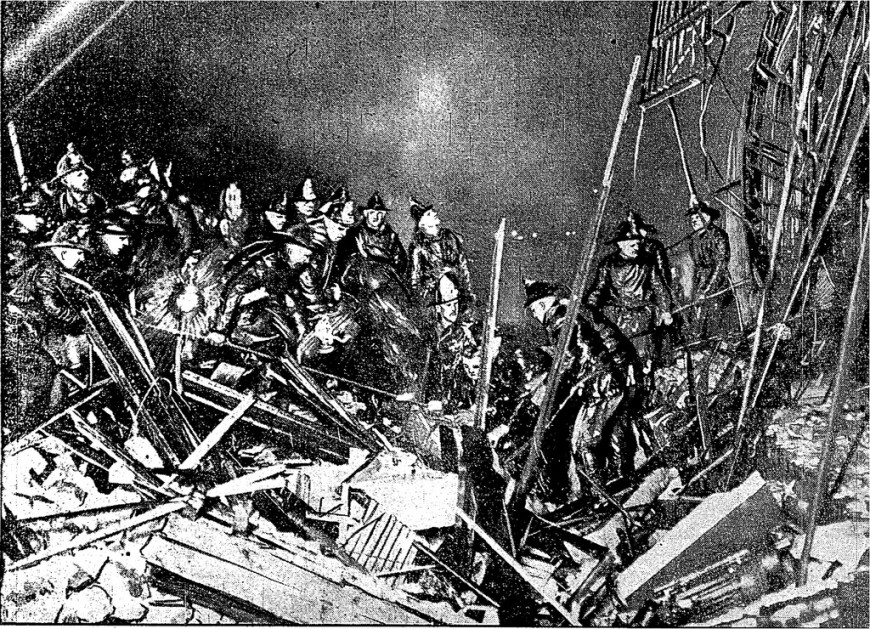 Another photo from the fire in which Firefighter Francis Leavy died.

The phone rang, breaking up the conversation. A bus driver called and notified the crew of flames coming from Curran’s Hall, a four-story building located many blocks away.

The heroic firefighters jumped into action. They headed for the flaming ruins, fighting the wild flames from both sides of the building. People became trapped on the upper floors—helpless folk with depleting oxygen—overwhelmed by the smoke. The firefighters used ladders to access the upper floors, and the rescue mission was going well.

But the fire showed weird properties. It moved to the lower stories down the stairs, like a liquid flowing downhill, a common phenomenon in oil fires. The waves of fire soon covered the entire building. The roof crashed, followed by the walls. The cascading effect caused the death of many people who were smashed to the ground under heavy weight.

One of those people was Francis Leavy.

According to Francis Leavy’s firefighter record, “Eight Chicago Fire Department firefighters died, and more than twenty were injured… A ninth firefighter died from his injuries eight days after the fire, and one civilian also died while trying to help rescue firefighters from the rubble.”

In the years after the fire, the investigation determined that the fire was arson—insurance fraud—to cash in a $32K insurance policy. They found a novelties business, started the fire on the ground floor of the building. The owners of the store, which was on the second floor, used wood alcohol around the building to accelerate the fire. Eventually, they were charged and convicted for arson and murder.

Astoundingly, firefighters noticed another strange phenomenon the day after this tragedy. A peculiar handprint was visible on the window of the fire station—and not just any window—it was the same one Leavy was cleaning the previous day! The firefighters tried everything from window cleaners to chemical solvents, but the handprint remained. Eventually, they stopped trying in the memory of Francis Leavy.

Prince Petropia's real name is Ritoban Mukherjee. He is a student of Humanities and a part-time enthusiast of all things mysterious, unexplained and fortean. He created the spine-chilling paranormal and occult blog All About Occult. Prince Petropia enjoys writing about blood-curdling articles on morbid mysteries, dark religions, urban legends, aliens, the afterlife, haunted locations and parapsychology.