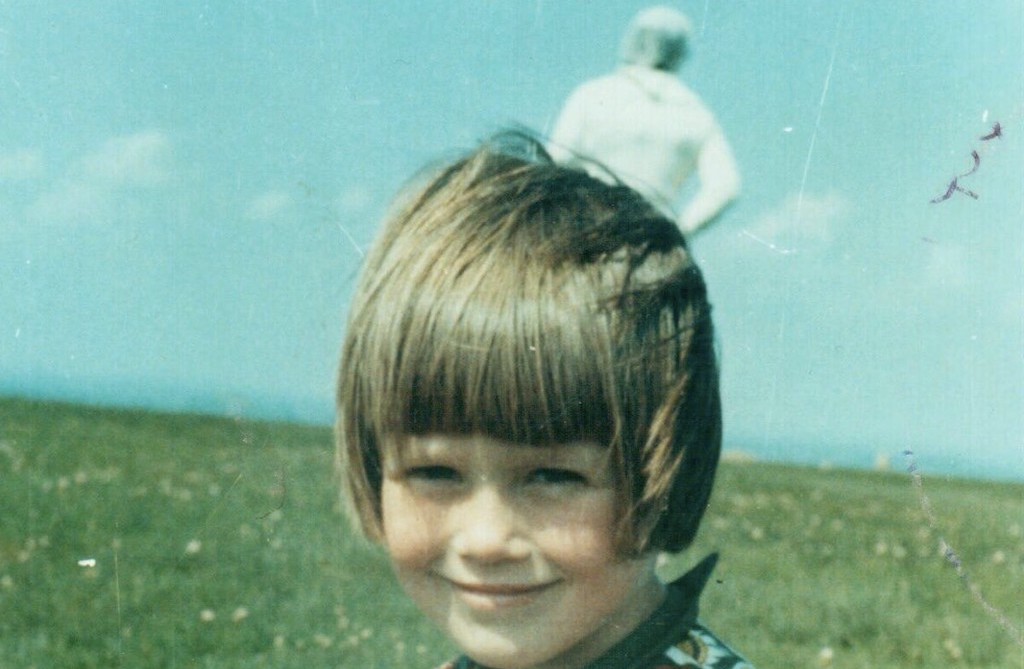 J Allen Hynek coined the term Close Encounters. Initially, the term consisted of a trio of categories, but the term continues to develop and evolve as reports are logged and recorded. However, there can’t be too many Close Encounter cases that weren’t actually witnessed until after the event had taken place. Not just by a matter of hours, but days. The Solway Firth Spaceman photo is one of them.

This incident took place on 23 May 1964. Local historian and firefighter Jim Templeton brought his family to Burgh Marsh overlooking the Solway Firth in Cumbria, UK. Aside from a pair of elderly spinsters in a car, nobody else was around the area. During that trip, Jim had an idea; he persuaded his 5-year-old daughter, Elizabeth, to participate in a photo opportunity. The youngster sat on a grassy hill with a fine posy in a prime spot. Altogether, Jim took three photographs and the rest of the day continued unremarkably.

Several days later, the eager father wanted to see how his snapshots had turned out. Somehow, someone had ruined the middle photograph by making an unwelcome appearance. True enough, someone had done exactly that. It perplexed Jim, to say the least. Nobody was in the frame when the picture was taken, but he did recall a feeling in the air. He would go on to describe it as ‘electrical’. Whoever, or whatever, appeared in the photograph, there didn’t seem to be in motion. While the focus was rightly placed on Elizabeth, the figure does seem to appear beyond the camera’s depth of field, hence the slight blurring.

The Photo is Not Fake

When Kodak heard about the sensational picture, they investigated and ran tests, eventually declaring the picture was genuine. They also offered a reward to anyone that could explain the image. The reward has yet to be claimed.

The photograph is now famously referred to as the Solway Firth Spaceman, Solway Spaceman, and the Cumberland Spaceman.

A Visit by Government Officials

The photograph is one thing, what happened after is something else. The local police were consulted about the photo’s legitimacy and as far as they were concerned, it was real. The local press gained a copy and published it. Not long after this, Templeton had a pair of visitors who identified themselves as Government officials. They showed no means of identification and referred to each other only as 9 and 11. Both insisted that Jim take them to the site of the encounter. Jim was only too willing to do so. The officials questioned him extensively about routine and mundane matters that had little or no relevance to the picture itself. When asked if he had seen anyone at the time, Templeton politely refuted it.

The pair changed demeanor and become somewhat incensed at the denial. Templeton was left at the scene without transport and was forced to walk the full five miles back home. 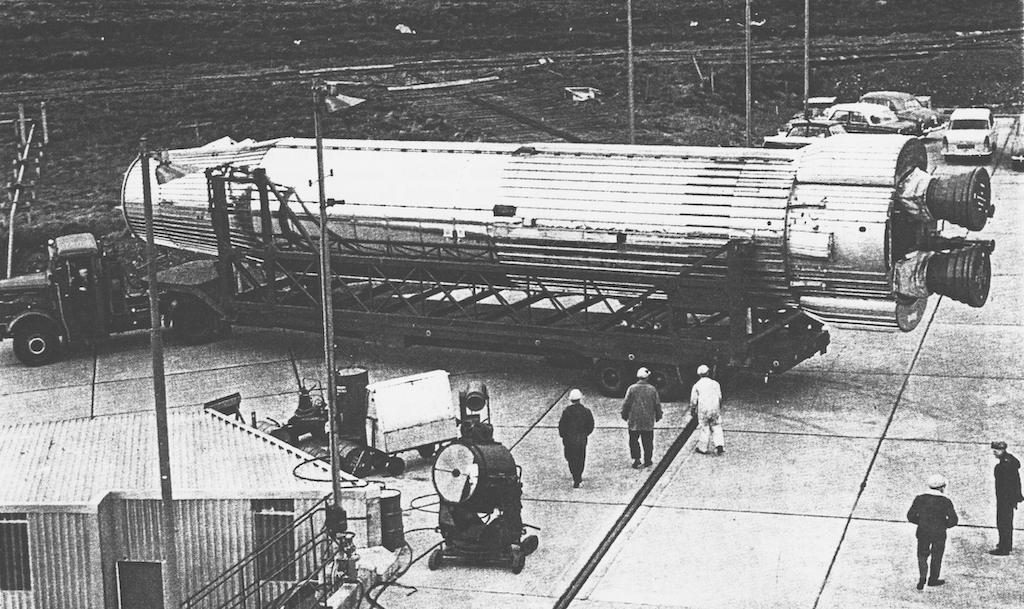 A few years before Templeton sadly passed away, a local BBC news crew ran a feature on the documented day. Templeton reiterated his story and remained adamant as to the details. During this feature, it emerged that several days after the now-famous picture was taken, a Blue Streak missile launch at the Woomera Test Range in South Australia was aborted when a pair of large men were seen trespassing within the firing range. Technicians at the site described the interlopers as ‘spacemen’ and reportedly identified the Solway Firth Spaceman as the trespassers.

In 2014, a potential theory emerged to the identity of the figure. The theory suggests that Elizabeth’s mother, Annie, wandered into the shot, and stood at a strange angle in relation to her daughter. After Jim snapped the picture, she wandered out of shot without ever being seen.

Even stretching credulity that far, where do 9 and 11 fit into all this? Annie facing away from a normal photograph would not compel anyone to abandon a witness to a routine family day out five miles from home several days later