Sad Satan: A Horror Game From The Dark Web

The Internet is a marvelous repository of countless webpages covering all styles and virtually any topic anybody could name. The number of pages and established sites is constantly changing from one minute to the next. A substantial amount of readily available pages cater to those looking at quenching carnal urges and others to those who are looking to expand personal knowledge or professional skill sets. The Internet is very much an iceberg though; the majority of it is completely hidden from view.

This is not true of a newly discovered online game that came somewhere from within what is often called the Dark Web or Deep Web. Sad Satan came to the attention of the world by the YouTube channel Obscure Horror Corner in the summer of 2015. Since then, other YouTube channels such as PewDiePie have uploaded clips which tend to be more sanitized versions of the content the game is supposed to contain. It is perhaps of this more mainstream exposure that it has become something of an Internet legend in such a short space of time. When it was originally uploaded, Obscure Horror Corner’s owner stated that it had come directly from the Deep Web and the full game was deleted before completion because the file was generating text documents of strange gibberish and odd texts onto the desktop.

A Game of Gore and Mutilation

It didn’t take that long before an alleged genuine clip of this sinister sounding horror game emerged onto the Shallow Web accessible for anyone curious about this growing phenomenon. Those that could not resist their temptation and downloaded the files were shocked by the graphic images of human mutilation and gore, but they also started to experience unexplained computer crashes and other strange behaviors. Reddit user BlindStark eventually worked on sanitizing the downloadable file using a Sad Satan subreddit, removing images likely to cause distress or just plain illegal. However, downloading this is still not something to recommend, even if it can be found.

Exactly where this game originated has, to date, not come to light. As its reputation grew, interested parties would find only misdirection and intrigue. Known gameplay can be best described as basic. Odd sounds can be heard in the background as the player aimlessly wanders through similar looking darkened hallways. Eventually, the video would begin to degrade and warp into a monochromatic mess. On specific occasions, the gameplay has been interrupted with images or screenshots of several infamous individuals such as UK television personalities Jimmy Saville, Rolf Harris, and Otaku Murderer Tsutomu Miyazaki. 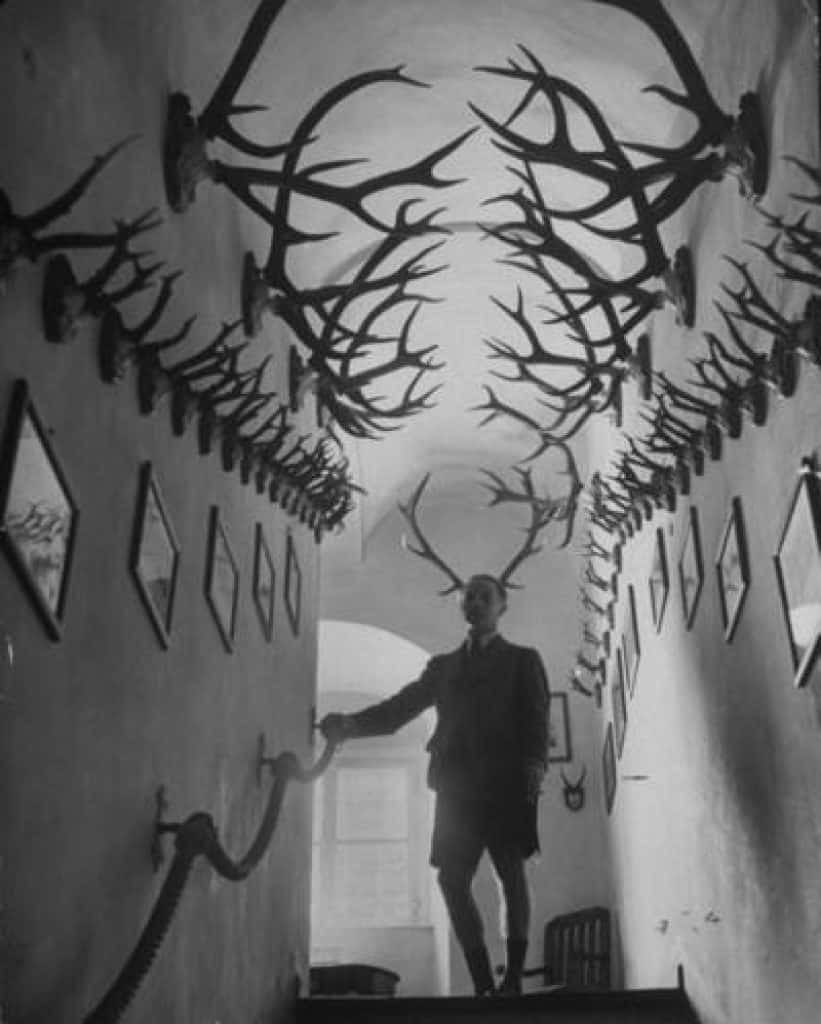 At the 10:45 mark of the Sad Satan game video, we see this image known as the Antler Man.

The title of this game is said to have been inspired by an audio track that is repeatedly looped backward during some sections of the game. Some interpretations of one part of Led Zeppelin’s classic Stairway to Heaven that is played in reverse has a hidden message of Satan worship.

Oh here’s to my sweet Satan. The one whose little path would make me sad, whose power is Satan. He’ll give those with him 666, there was a little toolshed where he made us suffer, sad Satan.

From the little that has seeped through to the Shallow Web that we all use and take for granted, there doesn’t seem to be an awful lot of traditional gameplay involved. The sights and sounds offered to date seem more geared to shock or cause upset for the sake of doing so. This could also be true of another element of the footage seen. Cryptic messages are displayed at random intervals with no real pattern to the length of time shown on screen. These messages can be in the form of instruction or, more often, purely shown to disturb. There are disturbing features such as the appearance of eerie looking young children. Most of these are an imposing force within the gameplay. In particular, a ghost girl who tends to appear out of nowhere and stubbornly refuse to move, barring further access up the hallway. 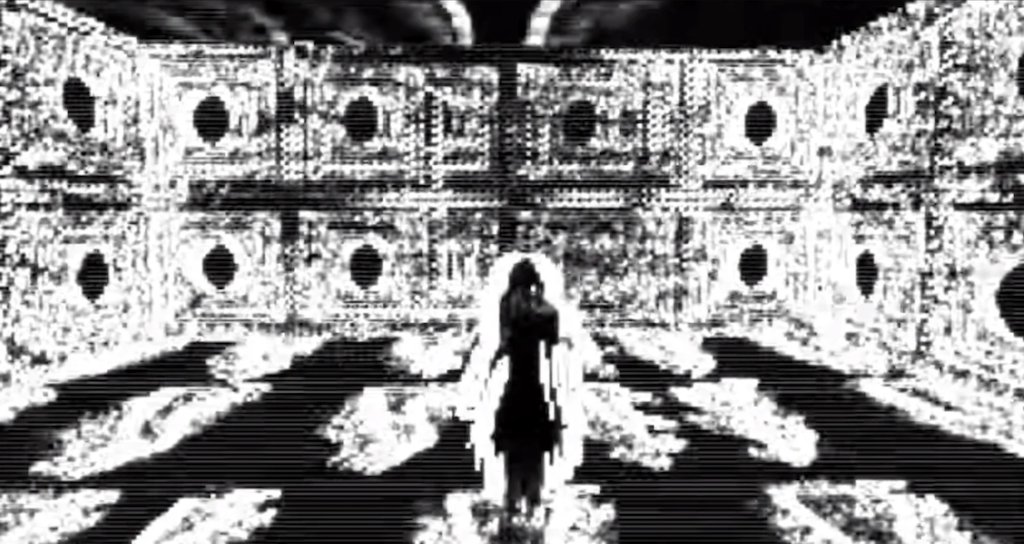 A creepy girl appears in the Sad Satan game. She can be seen in the second video.

Theories to the Purpose of Sad Satan

Ever since it made its appearance, reasons for the method in its madness has left a lot of people pondering. There are those that firmly believe that this is some sort of advertisement for an upcoming horror film or television show based on dark themes. If so, then it’s been blown out of all proportions and whether or not the advertising campaign is successful has yet to be seen.

Another popular theory is that Obscure Horror Corner is behind the whole thing. Using a basic game design engine called the Terror Engine, the game is coded to promote their YouTube channel. Adding that the Deep Web connections and suspect content is just fabrications to help generate interest. This could be a more plausible motive if not for the additional downloadable content which appeared at a later date. That could well be an independent third party who was using the name in an attempt to spread malicious malware onto the virtual world.

One chain of thought appearing to gather some momentum is that this is a law enforcement technique designed to spread a Trojan virus within a child pornography ring for a future sting.

Whatever the reason, wherever it came from, whoever designed it, Sad Satan is well on is way to becoming the latest Internet urban legend.