Review: The Haunting of Alma Fielding 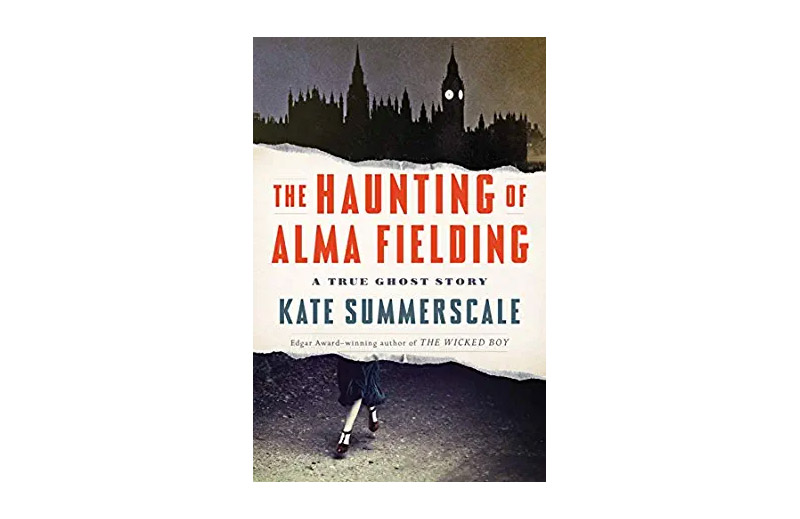 Sometimes, the line between the physical and the supernatural becomes so blurred that it becomes difficult to tell what’s tangible and physical from what isn’t. In this grey area, what seemed impossible becomes possible, and the mind wonders why things don’t appear to fit the norm.

This grey area forms the focus of the book, The Haunting of Alma Fielding by Kate Summerscale.

This captivating book does a brilliant job of sharing what’s lurking beneath many ghost stories—emotional pain, repression, and abuse. The emphasis revolves around how strong emotions such as grief, longing, loss, and trauma can blur the lines to the supernatural. How we control our perception of the things around us.

Inspired by a series of real-life hauntings during the 1930s, Kate Summerscale weaves a story about Nandor Fodor, a paranormal investigator who takes on the task of finding and possibly solving the problem behind the hauntings of Alma Fielding, a woman who is under attack by a particular vengeful spirit. Her daily life consists of flying utensils, close calls, threats to her and her family’s lives, and other equally bizarre events.

Alma Fielding appeared to have gained “superpowers,” being able to make things appear out of nowhere, missing objects and jewelry that somehow appeared in her hands, and live animals that she was able to both spontaneously and willfully materialize. Moreover, she continued to display these abilities, even throughout Fodor’s scrutiny and investigation of her life, sometimes even showing off.

Nandor as an investigator, hoped that Fielding’s abilities would be honest, but he could not just accept the whole thing without at least some sort of proof, and so at the research institute, he sought to prove her authenticity.

Not only did he discover that Fielding did not have any special abilities, but he was also able to detect the possibility of an underlying cause that made her so sure that she had gained supernatural abilities.

Delving deeper into her life, Nandor came to understand that Alma Fielding had suffered misfortune and gloom through her life. These “powers” were her way of channeling the overwhelming emotions and taking back some control over her life.

In this book, Kate Summerscale connects each thoroughly researched moment interweaving the lingering emotion that saturated the air during that era: fear. London was plagued with uncertainty, apprehension, and trauma due to the war, with its effects sweeping throughout the city.

While some portions of the book are a little dry reading more like that of a research paper, others are an eye-opening account of the spiritualism of the 1930s.

She paints a vivid picture in her readers’ minds and allows the reader—regardless of their belief in hauntings or ghosts—the opportunity to sift through and decide what really happened.

Callie Conrad is a freelance writer from Medford, Or.