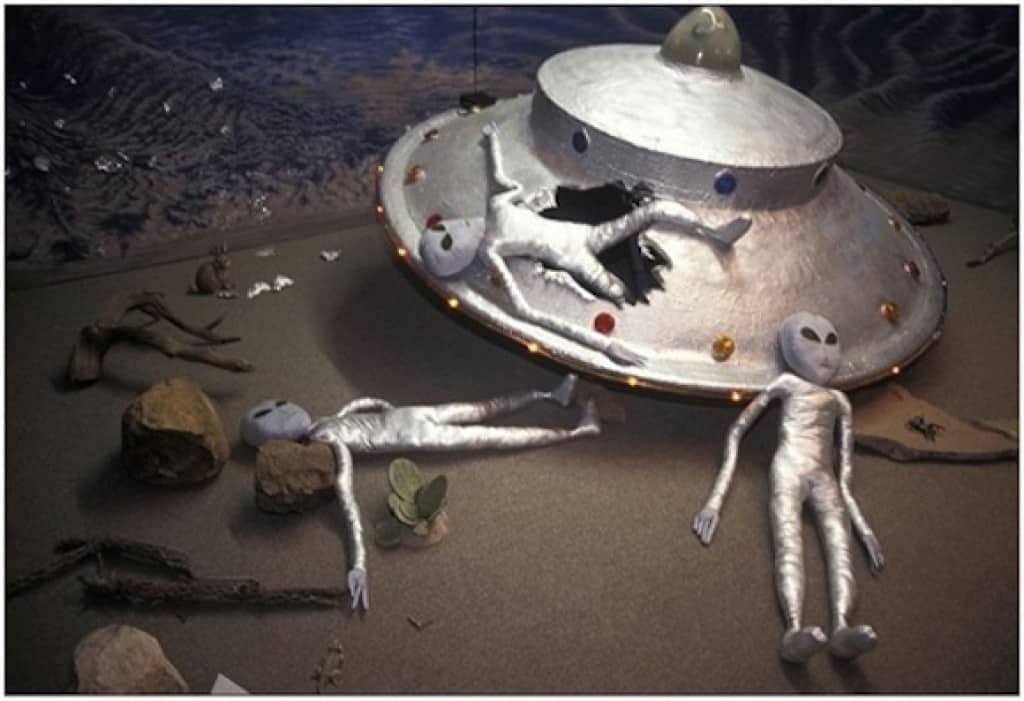 Add pointy ears, and these metallic men fit the description of the Hopkinsville Goblins

Among all of the strange stories of UFOs, one comes not with conspiracy theories, but with a wealth of witnesses by comparison and unusual consistency. That is the case of the Hopkinsville Goblins. There was no wreck supposedly covered up by the government. There was no supposed abduction that relies on the testimony of a single witness. It was just a family, their friends, a farmhouse in the country and a seeming attack of unknown origin.

The event took place in the autumn of 1955 at the Sutton family’s farmhouse. It was and still is, located in Christian County, Kentucky near the town of Hopkinsville. It occurred over the space of one evening and into the following morning. While there were alleged UFO sightings and strange sounds in the area, the Hopkinsville Goblins appeared only at the Sutton farmhouse and only on that one strange night.

At the time of the occurrence, there were a total of 11 people in the house. Seven of those people were adults. The Suttons were there and had another family staying with them for an extended period of time. They all settled in for the evening and going about regular household activities when one of the men said that he saw something strange in the sky. Nothing came of it until a creature peeked in the window of the house. The families panicked and chaos ensued.

Witnesses said the creature was about 3 feet tall with pointy ears, metallic skin, and clawed hands. It had very skinny limbs, particularly the legs. The men went outside to investigate and saw one in a tree and one on the roof of the house. They shot at them, but the creatures survived these rifle and shotgun blasts at relatively close range. Some sources say the men claimed to hear a metallic rattling noise whenever they hit one of the creatures. The one in the tree reportedly floated to the ground, as well. With the families inside the house, the “goblins” continued making random appearances at the windows. There was also scratching and clawing heard on the roof.

Finally, the families could take no more and went to the police. Several officers visited the house. They found evidence of the men’s struggle, reportedly including a broken window after one of the men fired through it. The officers may also have heard the strange noises associated with what one of the men had seen in the sky. A state trooper, far removed from the situation, reported the same noises around 11 p.m. 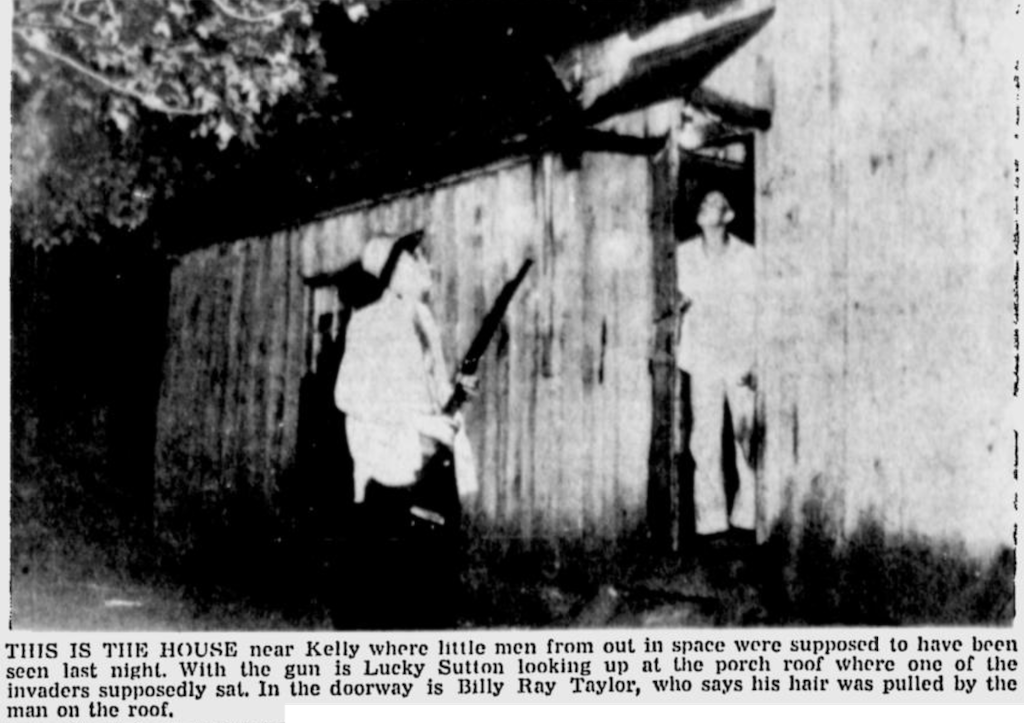 The police left after finding nothing unusual at the Sutton farmhouse. The witnesses in the home later stated that the creatures came back and stayed there until roughly 5 a.m. The United States Air Force was asked to investigate. They did not find enough evidence to come to a conclusion about the so-called goblins. The case is still considered unexplained, although some studies claim the goblins were just Great Horned Owls.

Of course, some have tried to explain the Hopkinsville Goblins case away as a hoax and it may well have been. However, if it was, it was an unusual hoax. Most of the witnesses remained consistent in their stories. They never sought publicity, though they did start trying to charge people to come on their property, ostensibly to discourage the trespassers who were overtaking them. Other explanations include escaped monkeys, which is absurdly out of proportion with the description and horned owls, which are also quite far from the mark.

Do you have any ideas of what attacked the Sutton farmhouse in 1955? If you have any explanations, feel free to leave a comment.