Helen Duncan: A Medium Convicted of Witchcraft in 1944

Could Helen Duncan Communicate With the Dead?

There is a long history of mediums who claim to be able to communicate with the dead. They use a variety of methods including Ouija boards, automatic writing and spirit guides. One remarkable medium was the Scottish Helen Duncan, who was famous during the middle of the 20th century. 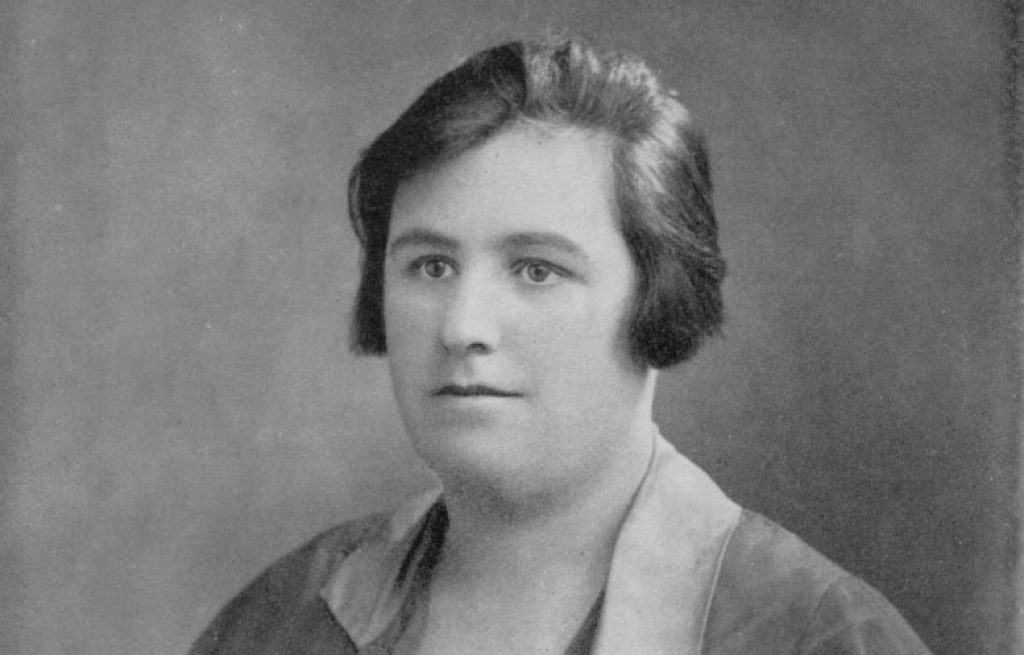 Born in 1897, even in childhood she seemed able to make predictions and to communicate with the dead. These activities appalled her parents, but Helen continued to demonstrate her uncanny powers to neighbors and friends.

In the mid-1920s she began to hold seances where she would communicate with the recently departed using her spirit guide “Peggy.” She would also allegedly produce ectoplasm, a cloudy substance supposedly generated by a medium via a nearby spirit.

Skeptics found that some of Helen’s paranormal powers could be explained by fraud. One man, Harry Price (then director of the National Laboratory of Psychical Research), examined Duncan’s alleged powers and wrote a scathing report:

At the conclusion of the fourth seance we led the medium to a settee and…the lady promptly went into a trance. She recovered but refused to receive an x-ray. Her husband went up to her and told her it was painless. She jumped up and gave him a smashing blow on the face which sent him reeling. Then she went for Dr. William Brown who was present. He dodged the blow. Mrs. Duncan, without the slightest warning, dashed out into the street, had an attack of hysteria and began to tear her seance garment to pieces. She clutched the railings and screamed and screamed. Her husband tried to pacify her. It was useless.

I leave the reader to visualize the scene. A crowd collected and the police arrived. The medical men with us explained the position and prevented them from fetching the ambulance. We got her back into the Laboratory and at once she demanded to receive an x-ray. In reply, Dr. William Brown turned to Mr. Duncan and asked him to turn out his pockets. He refused and would not allow us to search him. There is no question that his wife had passed him the cheese-cloth (the alleged ectoplasm) in the street. (She) gave us another seance and the ‘control’ said we could cut off a piece of ‘teleplasm’ when it appeared. It came and we all jumped. One of the doctors got hold of the stuff and secured a piece. The medium screamed and the rest of the ‘teleplasm’ went down her throat.

This time it wasn’t cheese-cloth. It proved to be paper, soaked in white of egg, and folded into a flattened tube. Could anything be more infantile than a group of grown-up men wasting time, money, and energy on the antics of a fat female crook.

Knowledge of the HMS Barham Sinking

With most of her seances shown to be riddled with fraud, Duncan may have slipped into obscurity if not for a seemingly spectacular paranormal event and subsequent incarceration.

In November of 1941, during a regular seance session, Duncan allegedly made contact with the spirit of a sailor assigned to the HMS Barham. That ship indeed sank, but later facts indicate the British government did not formally announce the sinking of the ship until after the seance.

How could Duncan have known about the ship’s sinking? A later researcher had a theory:

There was no shroud of secrecy…. The loss of HMS Barham, torpedoed off the coast of Egypt on 25 November 1941, was indeed kept quiet for a while. But families of the 861 dead received letters of condolence. The letters also asked them to keep the secret until the official announcement. So, allowing for perhaps 10 people in each family, there were about 9,000 people who knew of the sinking; if each of them told only one other person, there were 20,000 people in the country aware of the sinking, and so on – hardly a closely guarded secret. In short, news of the sinking spread like wildfire; Duncan simply picked up the gossip and decided to turn it into profit.

But the apparent foreknowledge of the ship’s fate disturbed the British authorities to the degree that they arrested Duncan and prosecuted under the archaic Witchcraft Act of 1735. Duncan’s supporters and she had some, loudly expressed their outrage at Duncan charged with such an outdated and superstitious law. Indeed, Duncan became the last person imprisoned by this Act. The court sentenced Duncan to nine months in jail. Winston Churchill, allegedly a participant in some of Duncan’s seances, called the verdict and incarceration “obsolete tomfoolery.” 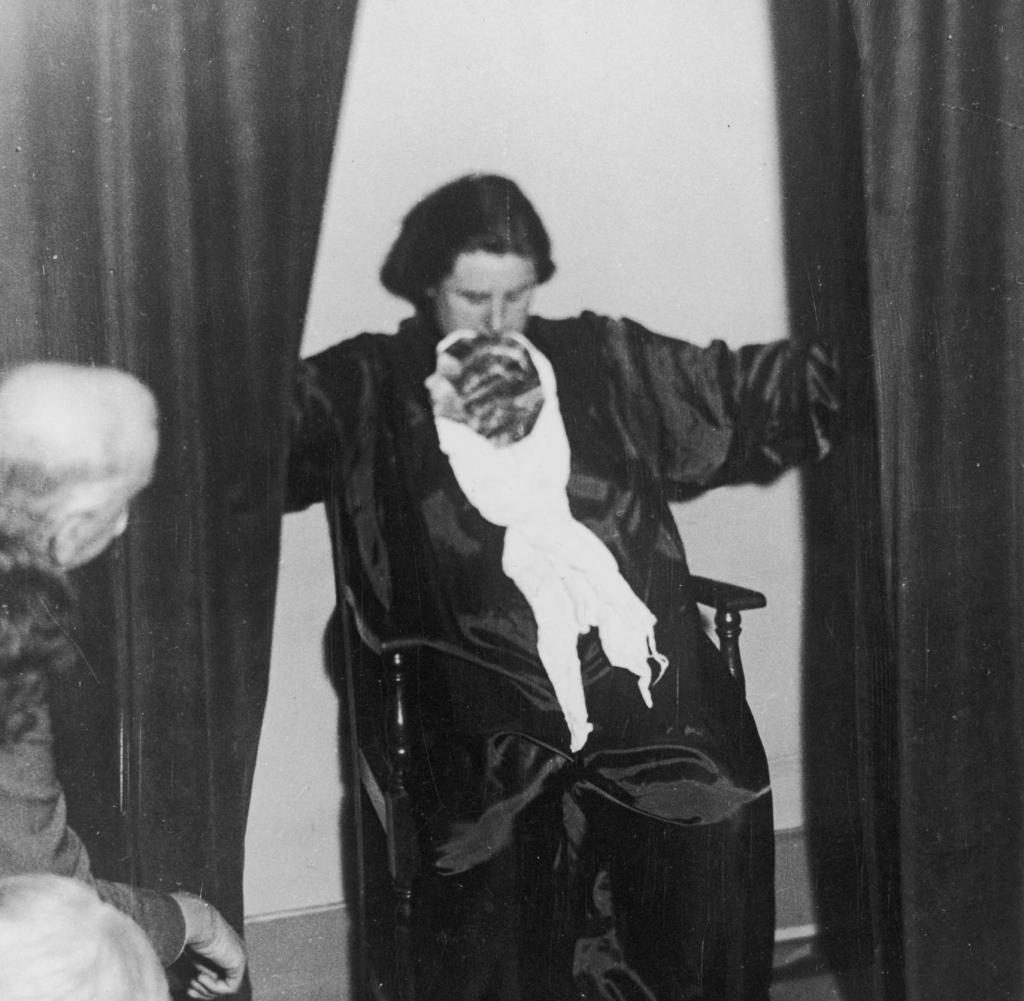 Helen Duncan with fake ectoplasm made of cheesecloth and a face image cut out from a magazine.

Controversy surrounds the genuineness of Duncan’s psychic gifts. Skeptics proved some fraud, but some events seem to have the ring of truth. Many alleged mediums today believe that Duncan had a true gift and are trying to clear her name.

In the realm of people with alleged supernatural powers, Helen Duncan is counted among the most controversial.

Sources:
Greatest Mysteries of the Unexplained: A Compelling Collection of Perplexing Phenomena, From Metaphysical Enigmas to Freaks of Nature

“Helen Duncan,” Wikipedia, pulled 10-Sept-14.
A report written by Harry Price on the mediumship of Helen Duncan in Paul Tabori. (1961). The Art of Folly. Chilton Company.