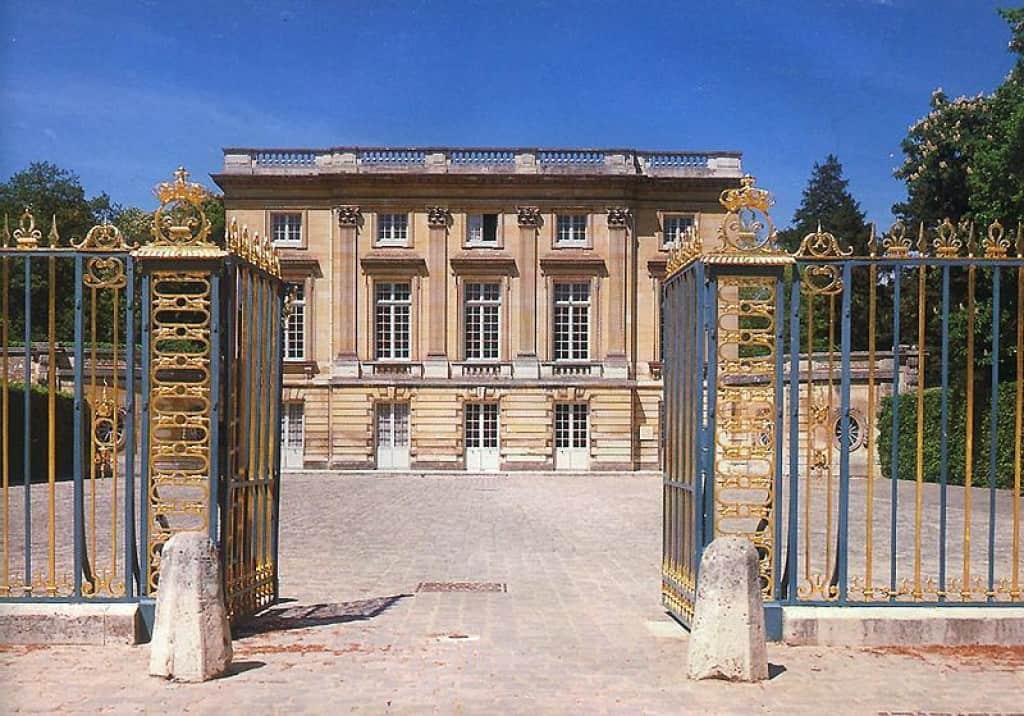 The Ghost of Versailles incident occurred near the Petit Trianon.

Known as the Ghost of Versailles, it is one of the most famous and most controversial incidents in the history of the occult.

The Ghosts of Versailles story involves two English school teachers, Charlotte Anne Moberly, and Eleanor Jourdain. Both came from respectable families and held respectable positions at respectable English schools. The two were in Paris in August of 1901 and on the 10th they decided to visit the Palace of Versailles, which neither had visited. They looked around the sumptuous luxury inside the palace and then, with the help of a guidebook, they decided to explore the expansive gardens.

They specifically wanted to see a building called the Petit Trianon. Despite having the guidebook, however, they became lost and wandered into a different part of the garden. Almost immediately a sense of depression came over them and everything looked odd. Trees remained deadly still and didn’t seem to cast shadows and things didn’t look real, as if the women had wandered onto a set for a stage play.

As they wandered around the garden, one or both of them saw things that looked very out of place: men in old-fashioned clothing and hats, old farming equipment sitting out in the open, a frightening man with a face ravaged by smallpox, a pretty older woman dressed in clothes a century out of style. Several times these odd people gave the women directions to the Petit Trianon, but they still seemed to wander about the strange garden. At one point they walked over a bridge. This would be important later.

When they finally reached the Petit Trianon, everything seemed back to normal. The episode really disturbed them. They subsequently compared notes and wondered if they had walked into a tableau of ghosts.

They began to research Versailles and the Petit Trianon and developed the belief that they had walked into 1789 and had encountered Versailles during the French Revolution. Their consensus is that the pretty older woman was Marie Antoinette in her last days before imprisonment.

Writing the Book “An Adventure”

They decided to publish their story, using pseudonyms, and it appeared as “An Adventure” in 1911. The book soon became popular. Some critics claimed the work to be fiction and that the authors had imagined what they experienced and/or were outright frauds. As proof, they unearthed a contemporary map of the area displaying no bridge in the area Moberly and Jourdain claimed to cross.

The two came out from behind their pen names and affirmed that everything in the book did happen. To their advantage, another map from the same period was found in a chimney. It showed the bridge exactly where they said it was.

Did It Really Happen?

Over time the episode would be eagerly examined and differing theories suggested. The event remains unsolved.

The story continues to fascinate, more than 100 years later.

Ghosts of the Trianon