Talk to anyone about ghosts or hauntings, and invariably images of abandoned old houses with dilapidated features or conditions will spring to mind. Spectral looking people with manic laughs or clanking chains are another popular image people often have of ghosts or spirits. A jet airliner is not something that immediately comes to mind: except to those who know about Eastern Air Lines flight 401. 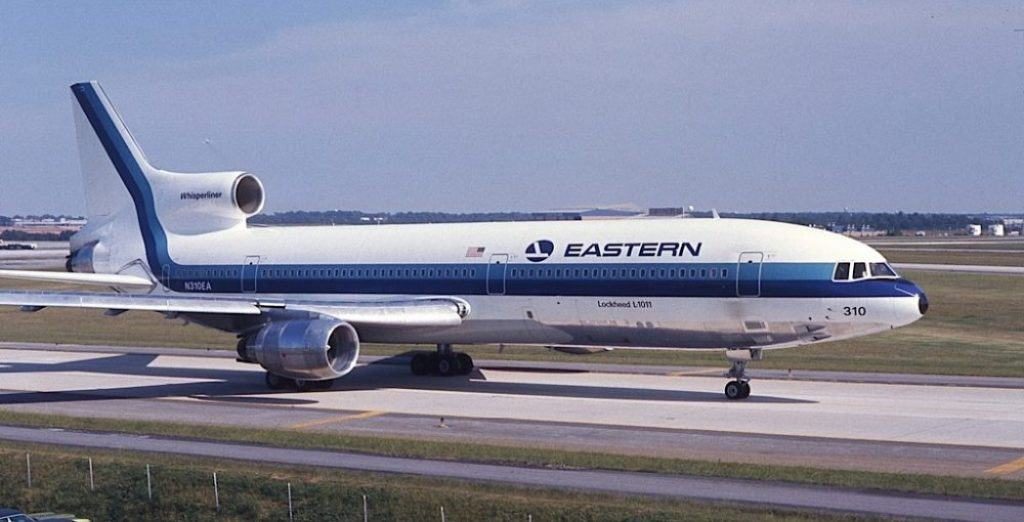 1972 was drawing to a close when a routine flight from JFK, New York to Miami departed at 9:20 p.m. with 30-year veteran pilot Captain Bob Loft at the controls. The other flight crew members were First Officer John Stockhill, a flight engineer, and Donald Luis Repo, an aircraft mechanic, and flight engineer. There were 10 flight attendants in the main cabin serving 163 passengers. Eastern Air Lines flight 401 encountered no problems while cruising between the two cities. 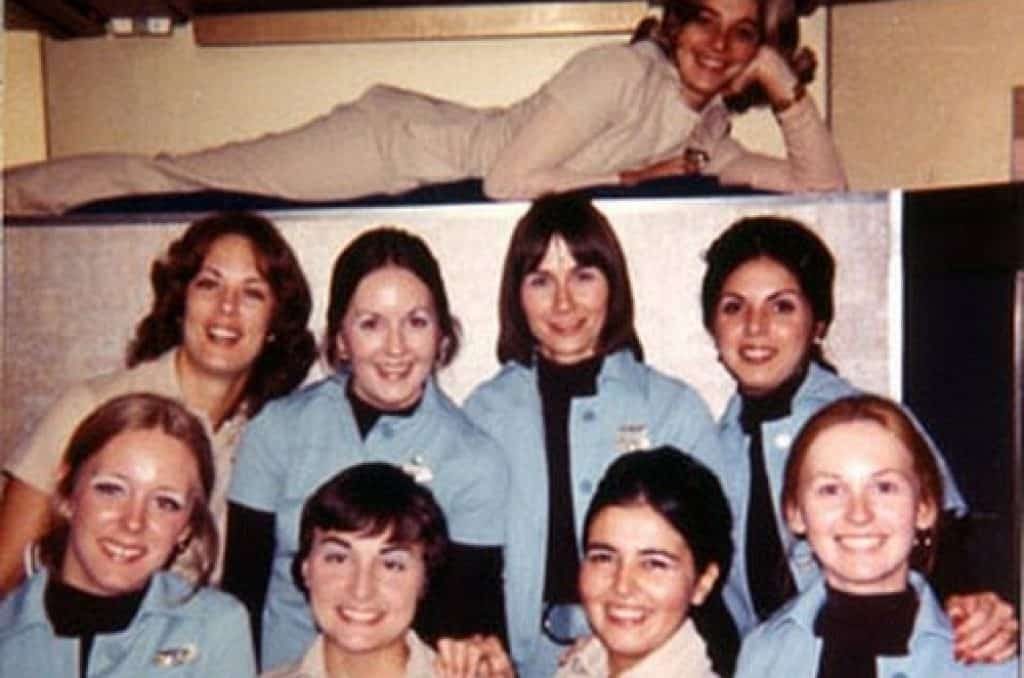 Flight attendants of flight 401. Photo was taken earlier while on the ground in Miami. Source: Google Sites.

Flight 401’s chain of problems began on the approach to Florida two hours after departure. The aircraft, a Lockheed L-1011-1 Tristar jet, seemed to have an issue with the front nose gear. The signal inside the cockpit had not illuminated as it should have. Despite the crew’s attempts to lower the landing gear, the signal that it was down and locked failed to appear. Loft abandoned the landing and informed Air Traffic Control of the issue. ATC put the plane into a holding pattern over the Everglades.

Onboard the aircraft, all members of the Flight Crew worked solely on their problem. With the autopilot engaged, the malfunctioning light was dismantled by two members of the crew. The third, Repo, used a porthole to try and get a visual on the gear. It was quite possible that the landing gear was in the correct configuration. The lack of confirmation from the interior landing light signal so consumed the entire crew’s attention, that none of them noticed that one of them had inadvertently switched off the autopilot. Worse, none of them noticed that the jet had been steadily losing altitude. Perhaps that may not have made much difference. Outside of the aircraft, there wasn’t much in the way of visual cues and city lights were non-existent.

Impact in the Everglades

The crew did finally notice the situation taking place, but nowhere near in time to prevent the inevitable. Flight 401 crash-landed into the Everglades at over 200 mph. According to the National Transportation Safety Board (NTSB), the main fuselage broke into four main sections and many other smaller pieces on impact. This killed the First Officer instantly. Burning jet fuel engulfed the aircraft as it plowed through the swamp.

“The aircraft disintegrated, scattering wreckage over an area approximately 1600 feet long by 300 feet wide” (NTSB). The NTSB also reported that 67 passengers survived the carnage and 94 perished, as did two of the cabin crew. Captain Bob Loft survived the impact but was so severely injured that he died during the rescue efforts. Don Repo survived long enough to reach the hospital, but he also proved to be too badly injured. The disaster of this flight still remains as one of the worst in American aviation history. 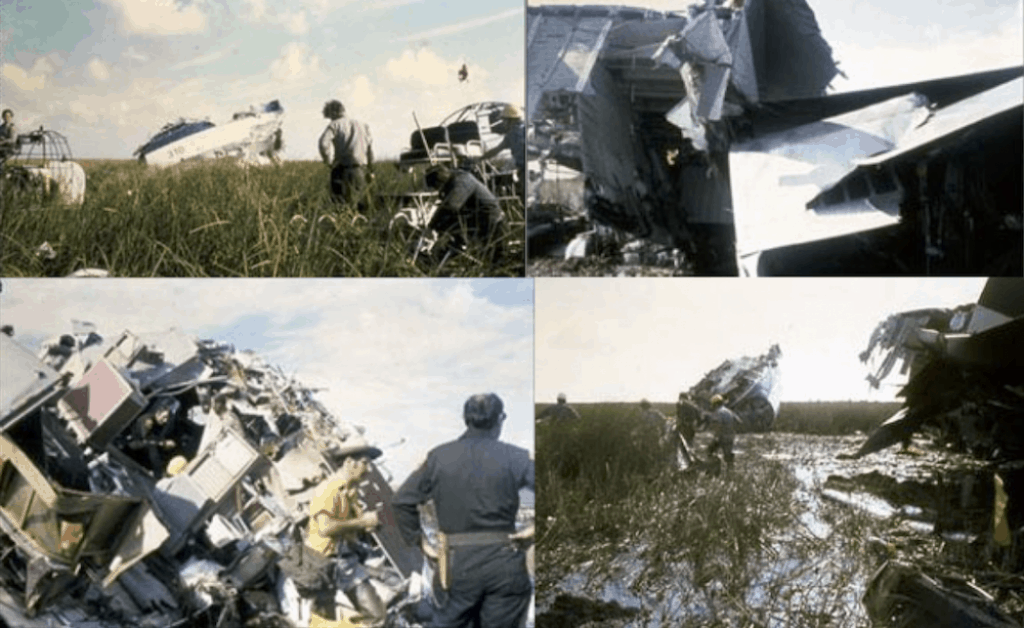 Sightings of Bob and Don

Not long after the devastating crash, stories began to emerge in the Eastern Air Lines community of unexplained encounters with some of the crew from flight 401. Flight crews and passengers on other similar aircraft in the Eastern Air Lines fleet came forward with stories of sightings of Bob Loft and Don Repo. At first, witnesses reported nothing more severe than standing in the aisles, occupying the galley and cockpit.

Reports began to take on much more sinister overtone, at least in the eyes of the witness involved. This witness, a female passenger, described an ashen looking person sitting in one of the seats. She described him as dazed and unresponsive. She was so worried about his appearance that she summoned an attendant to investigate further. The man vanished before their very eyes and those of several other passengers. The original witness so was distressed that several of the cabin crew had to forcibly restrain her. It took a while, but the female passenger eventually calmed down. She was shown photos of several of the flight staff and she picked out Don Repo.

This was not the only sighting registered. Another flight was being subjected to pre-flight checks when Bob Loft was spotted wandering around the undercarriage. Loft even spoke to the ground crew, insisting that no checks were required as he had already done them. The pilot of this flight was so unnerved by all of this that he canceled the flight.

The Mechanic Makes His Rounds

Captain Bob Loft is often earmarked as the notorious subject of this haunting, but the truth is that Don Repo is far more active and more regularly witnessed. One time, a working flight attendant insisted that she saw an engineer working to repair an oven. When word of this reached the only engineer on board of that particular flight, he denied ever fixing the oven and went as far to say that it didn’t even need fixing in the first place. As in other reports, the flight attendant selected Repo’s photo from a choice offered to her.

Another pilot on another flight was seriously concerned when he heard knocking coming from beneath the cockpit itself. Worried that something was wrong with the aircraft or one of its systems, the pilot opened up the compartment trap door. Imagine his surprise when he came face to face with Don Repo. Surprise turned to horror when Repo disappeared before the pilot’s eyes. Undeterred, the pilot investigated further and did find a problem that may have caused a serious accident if it went unnoticed. Repo seemed to have a knack of turning up in the oddest of places.

A crawlspace beneath a cockpit is one thing, a galley oven is quite another. An attendant of Tri-Star 318 was so shocked to see Repo looking back at her, that she called other members of the cabin crew to confirm the sighting. The flight engineer on duty during this flight was a personal friend to Repo and instantly recognized the face as that of his deceased friend. According to all present, Repo then warned them about a fire on board. At the time, not much notice was taken. Later on during the flight though, problems with the engine all stemmed from a fire that no-one knew about. The final leg of the flight was canceled as a result of this fire.

The reports were given by experienced and trustworthy pilots and crew. We consider them significant. The appearance of the dead flight engineer … was confirmed by the flight engineer.

Witnesses include pilots, various other members of Eastern Air Lines staff and their passengers. One other witness has also come forward with a similar story that adds validity to the others simply because of who he was at the time. Bob Loft appeared before the Vice President of Eastern Air Lines in First Class. The pair conversed briefly before Loft faded from sight. At first, the VP just assumed that this was the Captain of the flight he was on.

Many of the accounts share similar characteristics. Whenever either Loft or Repo make an appearance, they tend to be life-like and look like just another person. More than a single person has often been present at the time, whether by accident or design. One curious aspect of these sightings is that people always saw one or the other. Loft and Repo have never been reported on the same flight, by the same witnesses, at the same time.

Recycling Parts From the Aircraft

Another link between the sightings and the aircraft involved could be the corporate decision to use undamaged parts of Flight 401 on other jets in the fleet. Some believe that Eastern Air Lines cannibalized and reused pieces of the wreckage in other airliners. If this was true, then perhaps they recycled more than just aircraft parts. Officially, Eastern Air Lines denied anything was wrong with their aircraft or personnel. At no time would officials of the company allow or condone any attempt to investigate the reports. While all this was very much in the public domain, reports circulated that aircraft engineers quietly removed any materials they had reused from the crash. The sightings apparently stopped once this was all done. 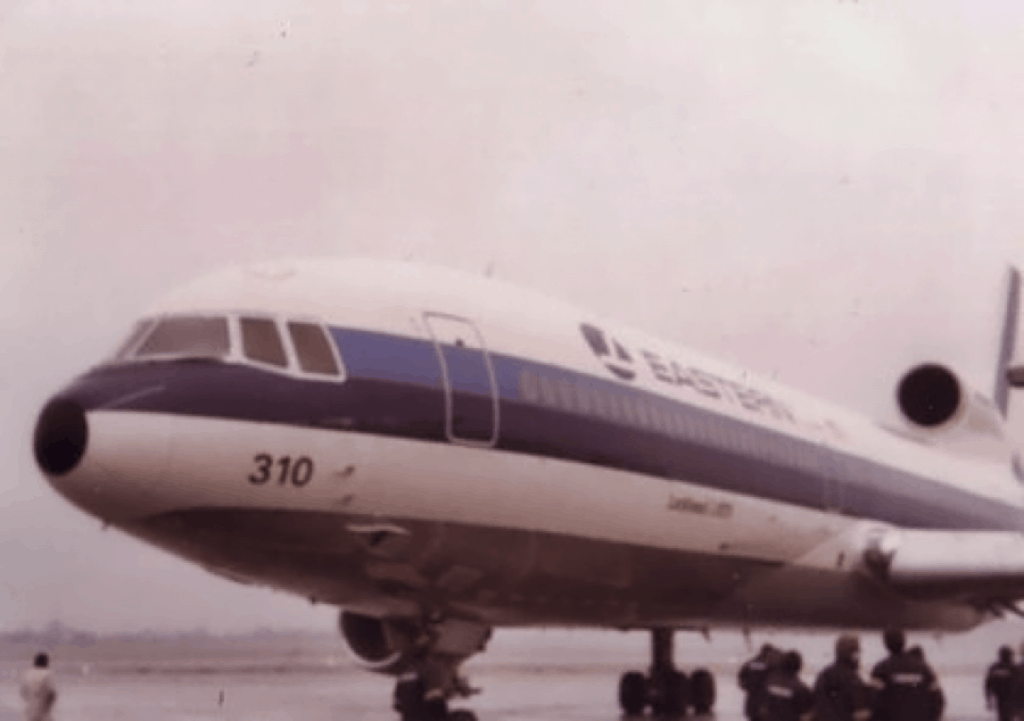 The company folded in 1991 and is perhaps still better known for some of the more compelling and credible paranormal encounters to date. The majority of the witnesses are the most professional of professional people and simply not really the sort of people to invent the stories that they tell. With their very careers on the line, each witness must be totally certain what they saw is what they saw. That alone adds credibility to their accounts.