Edware Muscare was a prominent YouTuber, Sex Offender, and Performer. 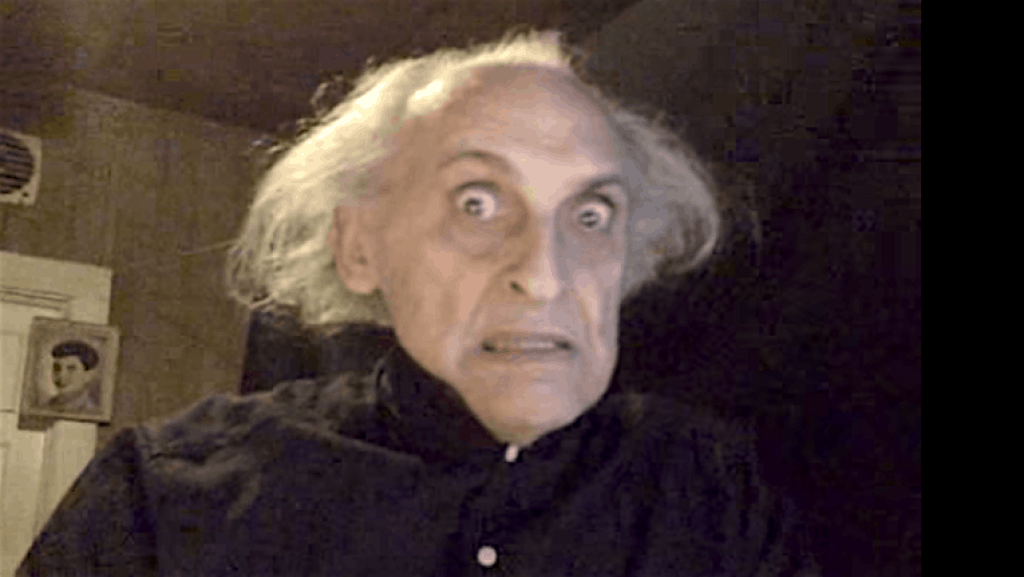 Still shot of Edward Muscare in one of his YouTube videos.

Edward Muscare was arguably one of the strangest human beings of the internet age. He gained his notoriety on YouTube by creating some pretty weird videos, and his videos are still be seen all over the internet. However, we would like to warn you that his videos are bizarre, strange, and a bit humorous.

Muscare was born in the 1930s in New York. He dreamed of becoming an entertainer, and he found some success as a television presenter in Kansas using the alias “Mr. Ed.” During his career, Muscare showed a tremendous amount of potential, hosting a late-night show as a vampire as well as a children’s program called 41 Treehouse Lane. However, his days of being a prime-time actor were doomed before they began.

In 1987, Muscare was convicted of sexually assaulting a 14-year-old boy. After his arrest, Muscare spent 18 months in jail and the placed on ten-year probation. His neighbors began to despise and harass him about his sex-offender status. Labeled a freak, Muscare moved to Florida. His criminal records followed him, and his prior acts revealed to all those who lived nearby. Edward Muscare could not escape his troubled past.

Missing teeth, messy hair, and strange antics freaked out many onlookers. Muscare looked a bit like a possessed version of Dr. Emmett Brown from Back to the Future. Some even said he looked like the real Herbert the Pervert of Family Guy. At this point in his life, he was a senior, and he embraced his strange appearance.

After the many failures and hardships of his life, Edward Muscare decided to give his dream of entertaining one more shot. However, no studio would ever hire a convicted sex offender, so Muscare chose to make videos on YouTube.

He released several short clips, and soon he was seen by millions of people around the world. His most famous YouTube video was his strange lip-syncing rendition of ‘Pretty Woman.’ The video depicted a creepy Muscare pouring his heart into the performance.

The ‘Pretty Woman’ performance earned Edward Muscare millions of YouTube views. He quickly became a sensation on the internet. Word of mouth spread the exploits of the ‘creepy old man’ on YouTube. His following videos were successively weirder than the last. They revealed an insight into the mind of the strangest YouTuber of all time.

In one video, Muscare showed how ‘useful’ a toilet scrubber could be as a back scratcher. The weird video perplexed and bothered those who have viewed it. The widespread attention was everything that Muscare dreamed of, but his newfound fame would come at a cost.

In 2007 Muscare moved to South Carolina, where all sex offenders needed to report their home address. However, Muscare never registered on the sex offender website, fearing that neighbors would persecute him for his past criminal behavior.

The YouTube videos helped authorities track down Muscare. Police confiscated his alcohol and computer because it is illegal for sex offenders to own them in the state of South Carolina. A judge decided to sentence Edward Muscare to five years in prison for violating his probation.

But, Muscare continued releasing strange videos nonetheless with the help of others. Once authorities found out, they arrested him for violating his probation again. In 2010, the judge ruled that Edward Muscare would be required to serve five years in prison.

During the hearing, Muscare pleaded with the judge saying, “My videos make people laugh.”

On January 8, 2012, Edward Muscare died at 79 in jail after being diagnosed with lung cancer. Even though he is gone, his twisted videos will live forever on YouTube.

In an interview with the Orlando Sentinel, his wife Marion Muscare-Vianney said, “He made his life, his career being the center of attention, there are some people that all they can focus on is his charge, back in the 80s. I don’t want people to judge him for what happened. He’s sorry for it. He’s a good man. That’s what I want people to remember.”