Chillingham Castle: The Most Haunted Castle in England 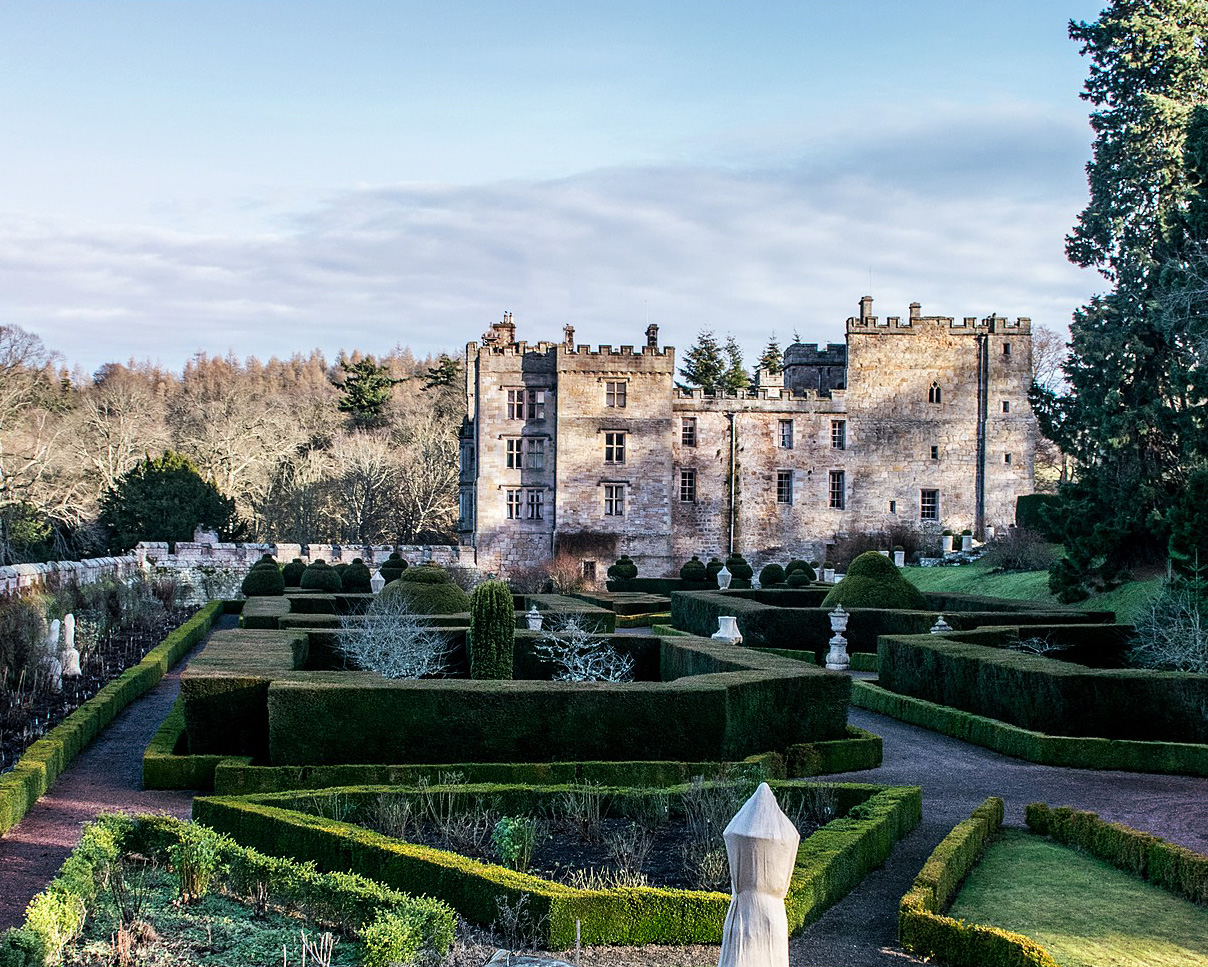 Built in the 12th century as a monastery, the castle is located near the Scottish border in Northumberland. Chillingham Castle was later converted to a fully fortified castle in 1344 due to its strategic position for battle. This medieval castle has remained controlled by the same family bloodline ever since. The condition of the castle has waxed and waned over the years, resulting in many restoration projects. What’s more fascinating is that bones often turn up during these renovations leading to more speculation about its ghostly inhabitants.

There are plenty of ghostly auras felt around Chillingham Castle, and their most famed occupants have unsettling stories. Major spirits include the ghost of a lady in a classic white dress, a blue-colored boy levitating from a bed, and the ghost of a man who used to be a torturer.

The descendants of the Grey family have been the longest landlords of the castle but not always happily. In the late 1600s, Lady Mary Berkeley had the unfortunate pleasure of marrying Lord Ford Grey of Warke and Chillingham. It turns out Lord Grey was a bit of an adulterer. To make matters worse, Lord Grey not only had an affair, but he did so with Lady Mary Berkeley’s younger sister, Lady Henrietta Berkeley. Her sister was still a minor. Lord Grey stood on trial for his crime but fled with her sister. This spineless man is also notorious for his treasonous desertion of the Duke of Monmouth. But what of poor Lady Mary Berkeley? After she was abandoned with her child by her cowardly husband, she remarried many years later. It’s said that her spirit never left Chillingham Castle.

When midnight strikes, the Blue Boy (also known as the Radiant Boy) haunts. It’s said that a thundering wail echoes through the halls of the castle at exactly midnight. This haunting moan would accompany an eerie blue light around a four-post bed while a child’s spirit would appear. According to some sources, in the 1920s the room was renovated, and the bones of a child was discovered surrounded by blue cloth. But in the book, Historic Houses of the United Kingdom, published in 1891, the Radiant Boy is described, “[The ghost] was spoken of throughout the country-side. Who it was supposed to be, and why it appeared, is not now known; but the bones of a child, discovered in one of the walls of a bedroom, were buried with proper ceremonies in the churchyard, and then the Radiant Boy was seen no more.”

Upon a visit to the inner pantry, you may encounter the White Pantry Ghost. The story dates to when a foot soldier was guarding the family silver. The solider who was locked into the room on guard was awoken by a pale woman in white asking for water. Unthinking he turned to retrieve some before remembering no one could have entered. When he turned back, she was gone. This frail spirit is thought to have died of poisoning.

In a more gruesome tale is the famous torturer of Chillingham, John Sage. An ex-soldier, Sage was known as a cold-blooded sadist who hated the Scots. Nicknamed “John Dragfoot” and “The Butcher of the Scots,” he had to retired from combat due to a severe leg injury and was appointed as the official torturer of Chillingham Castle. It’s said that during his three years on the job he tortured over 50 Scottish prisoners a week, including woman and children. Prisoners would be dragged into the depths of the dungeon where he would perform his grisly work. They would be starved, beaten, and limbs removed in all manner of sickening ways. More than 7,500 people were killed at Chillingham Castle with many remains disposed of in the nearby lake.

John Sage was later publicly hanged. He was then ripped limb from limb by the viewing public. Sounds like a ghost you wouldn’t want to meet.

Chillingham’s wild cows seem to be a scientific wonder. Since the Middle Ages, wild cows have made a home around the area that circles the castle. These cows are inbred, completely inaccessible to outside breeding, and yet continue to mate and survive. Records have been kept on the inbreeding behavior between the cows since 1860.

According to studies, the wild cows have had complete genetic isolation for at least 300 years. What’s even more astounding? They are completely healthy and don’t have any significant genetic deformities. DNA studies on the cattle have indicated that 10% of the population have a special genome which may contribute to their survival.

As frightening as it sounds, visitors are allowed to take a tour and sightsee throughout the castle. The torture chamber, where a great number of souls departed, is also said to be open to visitors. Guests can also view the numerous bedroom which ghosts possess. The only cautionary measure provided by the castle owners is that visitors beware of ghosts and the wild cows.

Paranormal investigator Mark Bonar of Dead Cold Paranormal visited Chillingham Castle recently for a great walkthrough video. During his exploration of the castle, he guides viewers through the castle rooms, including the torture chamber. Mark notes that the torture room on display is likely only a representation. Saying, “This [location] is probably just for tourists. People say that this is not actually the torture chamber, the [real] torture chamber is actually underneath what is now the tearoom,” which is inaccessible to visitors. The castle showcases replicas of cages, spiked racks, and other appalling torture devices which can be seen during the walk-through, including one Mark describes as a “nail-covered washing machine.”

The Chillingham Castle offers guided two-hour ghost tours at night including on Halloween. Visitors have claimed to see strange lighting, feel cold spots and hear whispers of the poor souls who lost their lives in the castle.