The Debate on Visitors from Outer Space 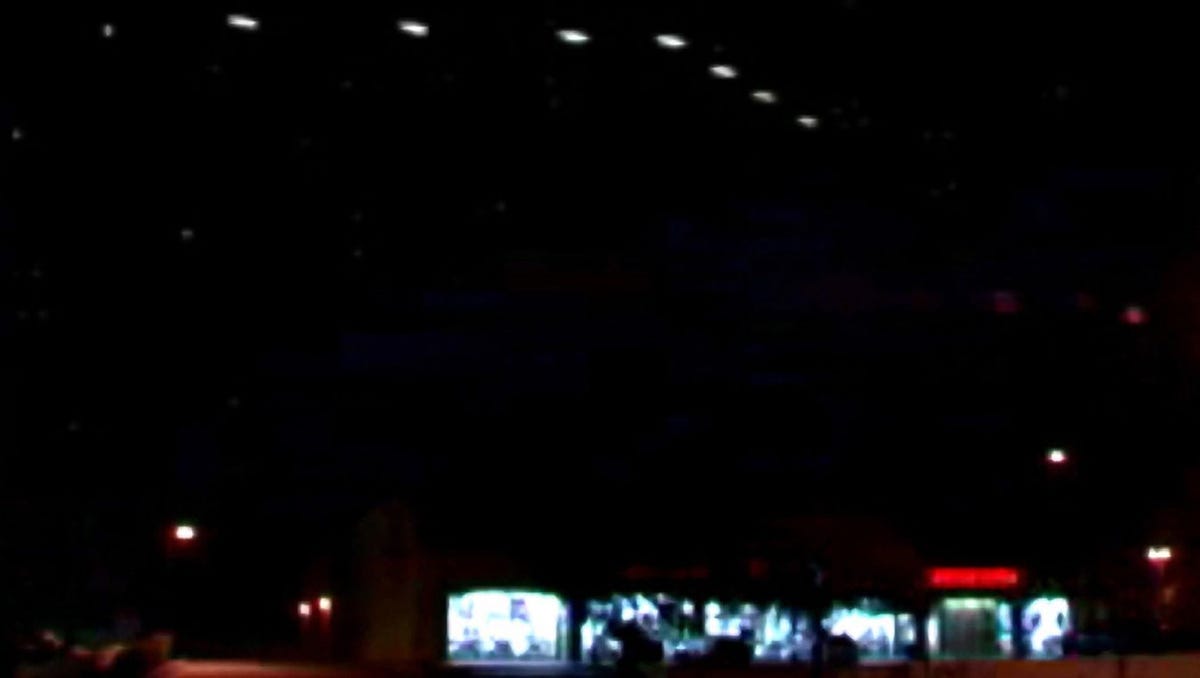 Where the Phoenix Lights visitors from outer space?

The Phoenix Lights of 13 March 1997 can do little more than add to the theories, speculations and the often heated discussion on the subject of the possibility of encountering visitors from outer space. It is believed that sightings have appeared worldwide for centuries. Both highly scientific and empirical data has been made available for many years, particularly in modern times, based on more thorough ways of analysis. We are told that a belief in advanced life forms is very possible in the universe. What no one seems to address is the question of the motivation of those who could be hovering over the city of Phoenix and indeed in many other parts of the world.

Purpose of the Visitors from Outer Space

Assuming we are being visited by entities from elsewhere, wouldn’t it be interesting to know why? I think that the most important factor is that if there are life forms elsewhere, they will be hundreds of thousands of years ahead of us in physical, emotional and scientific development.

It is reasonable to ask, “Why don’t they do more than hover as if they were making observations?” “Why don’t they just get on with it and land and begin to communicate with us?” It is at this juncture that I would like to make valuable observations.

First of all what would be their agenda? What would they hope to accomplish? What would motivate anything that they wanted to do? Since there is a reason to believe that there were sightings over the past hundreds of years, it seems that there were many opportunities to make themselves known.

They Could Have Helped Us in the Past

An Age of Instant Information

It is only in our present century that knowledge can flow at the speed of light. If our celestial visitors wanted to present a message, the 21st-century world would enable them to do so. Never before in the past has this been possible. Anything that would be told to us or presented in any way would be immediately disseminated around the globe. Because of their hundred thousand year advancement, they could be able to address issues that for us today are thorny indeed.

How They Can Help Us Now

They could share with us the art of living together in peace and harmony. They could teach us how to live much longer and more productive lives. Teach us about the utilization of logical processes in the task of problem-solving. Their contributions could be endless.

Where Would They Land?

First of all, where would they land? Would they land on the grounds of the White House, or on the grounds of Buckingham Palace? Would they be able to penetrate our elaborate radar defenses and land without setting off the alarms? More importantly, would they be able to address the panic and its repercussions that their appearance would create? Perhaps they could have multiple landings in many parts of the world at the same time. Regardless of their intentions, one thing that they probably would not be able to do is to address the issue of human intelligence or by their standards, the lack of it.

90% of Humanity Will Panic

Only 6% of the population would have the capacity to appreciate what a very advanced group of beings could do for mankind and be able to relate to them. The other 90+ percent would go into a panic and defensive mode.

Those Who Would Oppose

Of the 6% who have the intellectual capacity to accept them. The medical professional would be opposed to a magic procedure that could cure any illness immediately. Suggestions directed toward economic improvement eliminating the profit-making aspect at the expense of the poor and disenfranchised would be fought. The transportation industry would strongly oppose the ability of anyone moving from place to place at the speed of light at no cost. Religious organizations would oppose the use of logic as opposed to fundamental emotionality. It would be demonstrated that the present territorial concept of the ownership of property, both individually and on a national level are the causes for war and would be rejected out of hand.

Regardless of the vital and positive messages that could be brought to us by our visitors from outer space, in the end, they would not be welcomed. Infinitely more chaos would be created by their presence than the good that they would hope to bring.

And This is Why They Are Waiting

Doubtless, more and more sightings will be made for hundreds of years to come. If visitors from outer space are as advanced, capable and as intelligent as many believe that they are, they will certainly know better than to show themselves to the people of the earth in the 21st century. They would be very wise to wait another hundred thousand years.

It would be wonderful to have someone take us by the hand and lead us into a state of universal nirvana. Unfortunately, it does not work that way. Progress on all levels is made at a painfully slow pace. Are the citizens of the planet earth better off than they were five thousand years ago? In many ways they are, but regarding their ability to destroy themselves on many levels, they are not.

Perhaps we can begin to develop a mindset for what we would do in the event that we were exposed to knowledge brought to us from visitors from outer space. Could we even now think about how we would receive them and find ways of establishing a positive relationship?

Imagine the absolute chaos which would occur when the greed of vested interests attempted to take over and make money out of anything that was presented.

In the first century AD, the Romans conquered the people of the British Isles. During their occupation, they taught the locals advanced farming techniques, bridge and road construction, medicine, architecture, and all of the science known to the Romans. When the Romans withdrew, the local people went back to doing things the way they did before the Romans came. It took two hundred years for them to begin to utilize the knowledge that had once been shared with them.

It is reasonable to believe that we really don’t want any help from aliens. I am sure that “visitors” who hovered over Phoenix know this.

Alfred Jones has a Ph.D in psychology, advance studies in law and education. He is an Egyptian scholar having taught in the UK, USA and China. He is a former consultant to the San Jose California Egyptian Museum. Author of 7 books and over 20 articles for professional journals.