Tricking the Brain: How Magic Works 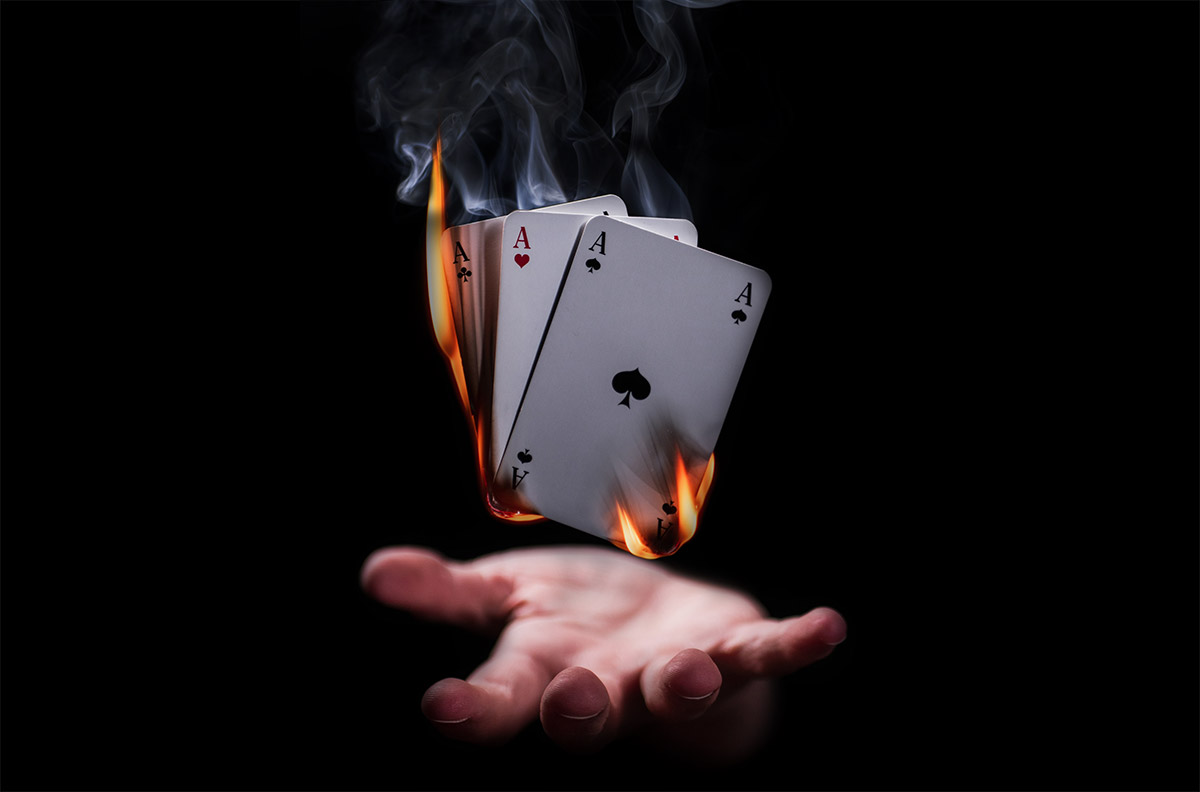 The magician snaps his fingers and a ball disappears right in front of your eyes. How is this possible, you ask yourself? You have a pretty good understanding of how objects behave and you know from experience that objects cannot simply disappear into thin air, yet this is exactly what you see. Magic is one of the oldest art forms and since written records began, magicians have baffled and amazed their audiences by creating illusions of the impossible. While most of their tricks remain precious secrets, scientists, myself among them, have started studying magic to gain insights into how and why our minds are so easily deceived.

Magic allows you to experience the impossible. It creates a conflict between the things you think can happen and the things that you experience. While some magicians would like you to believe that they possess real magical powers, the true secret behind magic lies in clever psychological techniques that exploit limitations in the way our brains work. Many of these limitations are very counter-intuitive which is why we can experience the magical wonder of the impossible.

How? Let’s start with the basics. Vision is our most trusted sense, and influences many of our thoughts and behaviours. In fact, vision is so important that we often don’t believe things until we see them with our own eyes. But it turns out that our visual experiences are far less reliable than we intuitively think. It’s relatively easy to distort your perceptual experience and these distortions become very apparent when we look at visual illusion.

Visual illusions occur when there is a mismatch between your perceptual experience and the true state of the world. In the Müller-Lyer illusion, for example, the top line appears shorter than the bottom, although they are exactly the same length.

We are often surprised by how these illusions deceive us, but it turns out that pretty much all of our perception is an illusion, whether we’re walking down the street or attempting to suss the latest card trick. Intuitively, we think of our eyes as simply capturing truthful images of the world. But in reality, our visual experience results from complex neuronal processes that make clever estimates about what the world is like. And as with all predictions, they are never 100% correct. This leads to errors, and it is these errors that magicians have mastered and exploit.

For example, the vanishing ball illusion is one trick that colleagues and I have studied. In this trick, a magician throws a ball in the air a couple of times and then makes it seem to disappear by pretending to throw it again when in fact it remains secretly concealed inside his hand. What is surprising about this illusion is that most people – almost two thirds – experience an illusory ball being tossed up in the air at the third throw, even though it never leaves the magician’s hand. We experience this “ghost ball” because we see what we believe is going to happen, rather than what has actually taken place. The illusion shows that people perceive things that they believe will happen in the future, even when this belief is completely unfounded.

A further misconception about visual experience relates to the amount of detail that we think we are aware of. Intuitively we feel that we are aware of most of our surroundings, but this vivid and detailed subjective experience turns out to be another powerful illusion, equally counter-intuitive and therefore equally open to exploitation by magicians.

Processing large amounts of information is computationally expensive: if you want to process lots of visual information, you need large brains. But large brains come at a cost, since they require large heads and lots of food to support them. So instead of evolving into creatures with humongous brains, we developed extremely efficient strategies that allow us to prioritise aspects of the environment that are of importance, while ignoring things that are less relevant.

What this means is that unless you are paying close attention to something you simply won’t see it. Phenomena such as inattentional blindness or change blindness result from this, where people fail to spot very obvious changes simply because they don’t attend to them. These very powerful examples illustrate that if people are sufficiently distracted they can fail to see a gorilla even when one is right in front of their eyes.

Magicians frequently exploit these attentional limitations by misdirecting your attention and so preventing you from seeing their secret moves. In some of our research we have shown show how this can be used to prevent you from seeing fully visible events.

In the lighter trick, for example, a magician is seated at a table across from the viewer (a). He picks up the lighter and flicks it on (c–f). He pretends to take the flame away and make it vanish, providing a gaze cue as misdirection away from his other hand. At (f), the lighter is visibly dropped into his lap (g–h). The lighter appears to have vanished. Although the lighter is dropped in full view, half of the viewers completely fail to see this happen because they are distracted.

What this, and other tricks show, is that people often fail to see things even when they are looking straight at them. So don’t be so sure to trust your vision in the future. You never know what’s really happening.

Gustav Kuhn is a Senior Lecturer in Psychology, Goldsmiths at the University of London.