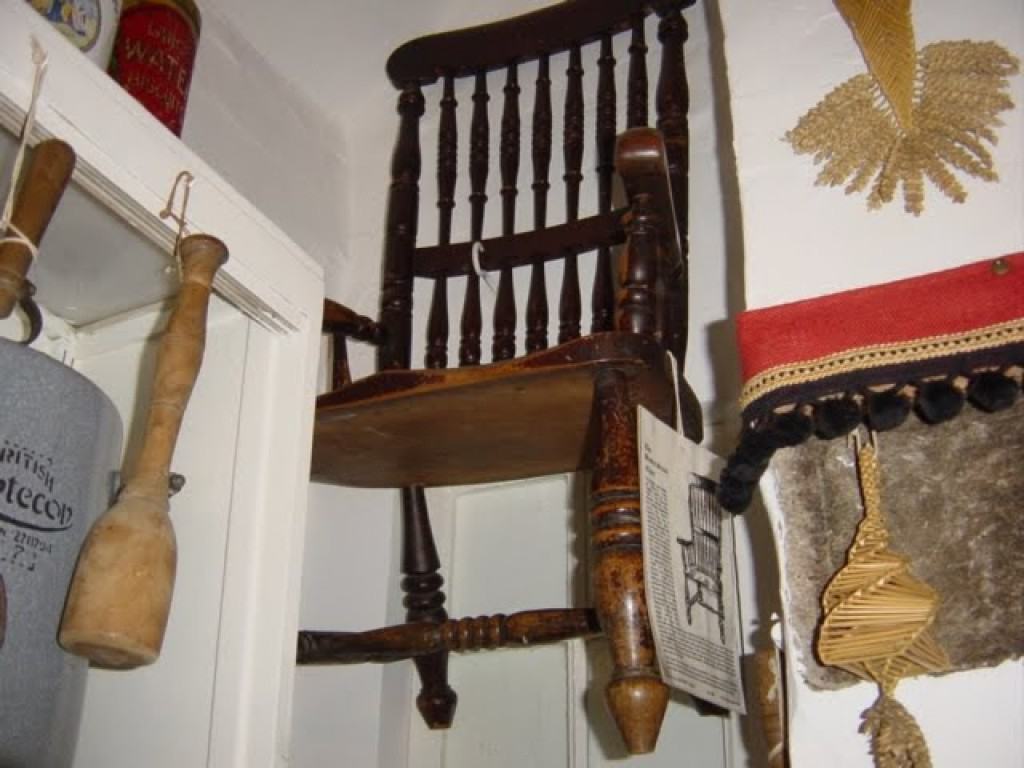 Busby’s allegedly haunted chair is now out of reach of anyone who dares to sit in it. Photo by John R. Bacon at soapboxcorner.blogspot.com.

Are you sitting comfortably…?

Thomas Busby was a man who enjoyed the odd drink or five. He was regularly seen in his favorite pub, sitting in his favorite chair. Busby was not a man to be trifled with though. A petty thief, he was often quick to acquiesce to his temper and seldom did he resist the temptation to enter into a confrontation with someone.

It was this bravado that was to cost him dearly in the summer of 1702.  Daniel Awety, Busby’s father-in-law, was a coin-forger and a successful one at that. Awety bought a local farm which he renamed after himself – Danotty Hall. Danotty Hall was in a rural spot close to the village of Kirby Wiske. It was an ideal location for Awety to continue with his nefarious activities far from prying eyes.

According to local legend, Awety riled Busby by using his chair without permission or acknowledgment. When Busby found Awety sitting where he wasn’t supposed to, a blazing row between the men broke out. Awety threatened to return to Danotty Hall, taking Mrs. Busby with him. Sometime later that same night, Tom Busby gained access to Danotty Hall and ended the life of his father-in-law.

They found Awety’s body in the woods close to his home. It didn’t take the local police long to link Thomas Busby to the crime. A quick trial found Tom Busby guilty as charged and the sentence was death by hanging. As a show of leniency though, they granted him a final request. Busby chose to have a final drink.

Naturally enough, Thomas Busby selected his renowned chair to have that final drink. At some stage during the evening, Busby insisted that “Death shall come swiftly to anyone that dares to sit in my chair” minutes before they led him off to his execution.

The first recorded victim of this apparent hex is an unnamed chimney sweep who had no other option but to use Busby’s chair. It was the first time in some decades that it had been used, so perhaps no parlance was given to the ominous warning uttered by its former owner. Several minutes after finishing his break and returning to work, the unfortunate man fell off the roof to his death. Busby’s Stoop had claimed the first of many victims.

Over the course of the next couple of centuries, people dared each other to take the chance and use the chair. Not surprisingly, many refused. During World War 2 however, numerous Air Force Officers bravely accepted the challenge when put to them. Few failed to notice that all who did, never returned home from the conflict. Sometime in 1967, a pair of RAF pilots took on the chair and lost when the car they were traveling in hit a tree.

Placed in a Basement

The landlord decided that enough was enough and had the chair removed from public display. As good as the chair had been for business, bringing in the curious and daredevils from miles around, it was only prudent that no other lives should be put at risk. They placed the chair down into the basement where it remained for several years. 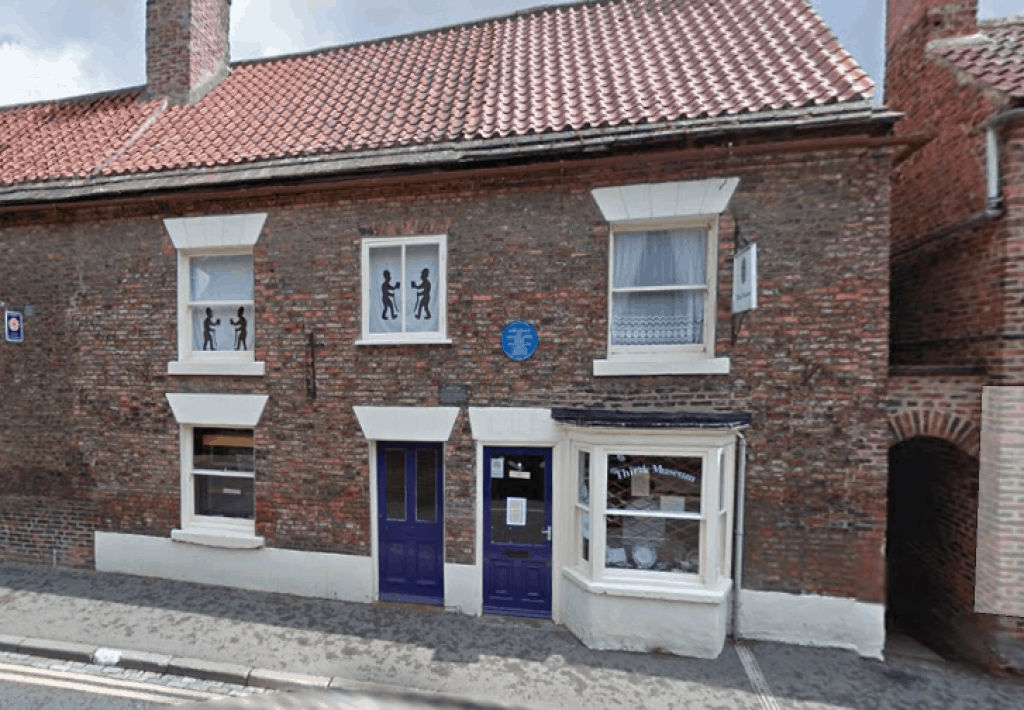 Even this was not good enough. A bricklayer contracted to work on the pub one year noticed the chair tucked away in one corner of the basement. He decided to rest on it. That very afternoon, he fell to his death. It would appear that nobody could use this chair and survive. The roofer who was working when the roof collapsed beneath him; the cleaning woman who stumbled onto the chair and later suffered an aneurysm; the delivery driver who crashed his delivery van between deliveries within an hour of his encounter.

Off the Ground to Remove Temptation

That was the final straw as far as the Landlord was concerned. He contacted the Thirsk Museum and asked if they would take the chair off his hands. The Museum staff agreed and careful arrangements were made to transport the chair under tight security. The chair is still on public display in the Museum, but is now hanging six feet off the floor and is virtually impossible for anyone to sit in it. Museum staff cannot touch it now, just in case.

Are you still sitting comfortably…?