Stephen King's Christine is based on a real killer car. 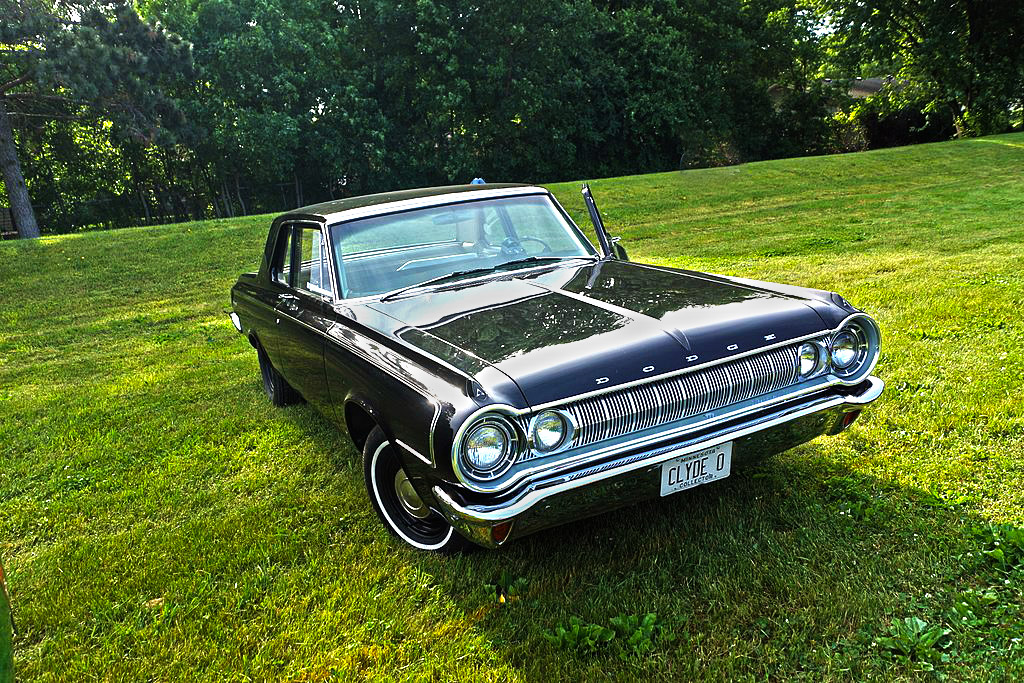 The 1983 horror novel, Christine, authored by famed writer Stephen King and adapted by director John Carpenter for a film is a supernatural cult classic. In this tale of supernatural possession, a shy teen buys a 1958 Plymouth Fury named Christine from an elderly man. After some hooligans vandalize the car, it mysteriously restores itself and seeks revenge.

Christine begins hunting those who have wronged it, killing them off one by one as it seeks otherworldly justice. It is a rollicking good read, a tale of possession, mystery, and horror.

While it might sound like an utterly made-up narrative, the startling truth is that the car in Christine is based on a real-life killer car. Sure, some automobiles might be lemons or get into a few accidents—but the real-life Christine has a body count of at least fourteen people. It turns out that the car that inspired the story of Christine was not a Plymouth but a Dodge.

The True Story Behind the Christine Car

It all starts in Old Orchard Beach, Maine, where the police department purchased a new cruiser—nicknamed the “Golden Eagle,” a 1964 Dodge 330 LE.

Nothing seemed out of the ordinary; the car underwent the usual ins and outs of police work with Old Orchard cops on patrol.

But it didn’t last long—it seems there was something strange about the car—an unspeakable and corrupting chill. Three officers who regularly used the Golden Eagle on patrol ended up committing murder-suicides.

After the third police officer dispatched his family and himself, the Old Orchard Beach police department decided to get rid of the car. They sold it at auction to a local man, glad to be rid of the cursed car.

Eventually, the car made its way into the hands of a local family known as the Allens, specifically into Wendy Allen’s hands, a self-proclaimed sea witch (really). While many owners might take caution at inheriting a cursed vehicle, Ms. Allen fully embraced the car for its gruesome history. Perhaps sensing her good intentions, the car never caused her any harm.

Local vandals, on the other hand, have fared much worse.

A local church got word that the cursed Golden Eagle had been bought and was in their area. Concerned that the killer car may be possessed by a demon or otherwise possessed by dark forces, many of the more youthful and spiteful congregation members took it upon themselves to vandalize Golden Eagle over the years. The vandals of Golden Eagle invariably seem to meet unpleasant and gruesome fates, often poetically or at the demise of another car.

One vandal was struck by an 18-wheeler and decapitated, a gruesome fate indeed; several other vandals were also subsequently killed in collisions with semi-trucks. It seems that Golden Eagle isn’t afraid to call for help from her big brothers.

Death by a semi is horrifying enough, but real-life Christine seems to be able to reach into the meteorological realm as well. One unfortunate vandal decided that it would be funny to deface the car, only to be struck and killed by lightning after the act.

In the late 2000s, a local teenager went to visit Golden Eagle, evidently fascinated by the history of this cursed car; he later stabbed his family to death and set their house on fire. Whether Golden Eagle placed dark notions into the young man’s soul, or whether she unearthed and brought to the surface simmering intentions, it seems clear that Golden Eagle has again reverted to driving people to murder.

While the real-life Christine seems to have killed those who wronged it, it has also been associated with unrelated deaths. At least two children have been struck by other cars, only to be thrown into Golden Eagle and killed. Perhaps in her old age, the Dodge has recruited help from her younger siblings in whatever dark work she is engaged with.

Fed up with the presence of what they believed to be a demonic object in their town, members of an Old Orchard Beach church decided to take action against the beast one night. Without permission, they stole and dismantled Golden Eagle, selling the various parts off to different junkyards and chop shops in an effort to dispatch the presence once and for all.

But that didn’t hinder Wendy Allen; she tracked the missing parts and bought the car back piece by piece until it was lovingly restored.

Maybe, at the end of the day, all that the Golden Eagle needed was a little love. After Ms. Allen’s restoration of the car, it seems to have ceased its homicidal activities. In recent years there haven’t been any deaths associated with the car. However, it is also possible that local vandals have simply taken the hint and moved on to greener pastures that are less likely to end in a sudden encounter with death driving a Freightliner.

The car does still seem to enjoy causing minor mischief; Ms. Allen has reported that it sometimes likes to open its doors at random while in motion, but as yet, it has refrained from killing again.

The Most Evil Car in America

While this may seem like a story too spooky to be true, Maine is a place that is renowned for being close to the other world. Strange creatures lurking in the woods, people driven to madness by inexplicable forces, violence, and rumors of the occult have troubled this scenic state ever since it was incorporated in 1820.

Stephen King has used the state as his base of operations and his inspiration for decades, and anybody familiar with his work will know rural Maine to be the setting for many of his wonderfully creepy tales. And while most of his tales are pure fantasy, one could be forgiven for thinking that the tale of Christine the killer car has at least some basis in reality. Golden Eagle seems to have been fairly quiet since her rebuild, but we’d recommend that any young mischief-makers steer clear of this killer car.
It seems that this killer car might indeed have a possessed aura, or perhaps it’s all just a coincidence.

In 2021, Sony Pictures announced a remake of the novel which will be written and directed by Bryan Fuller.