Stories to read in the dark. 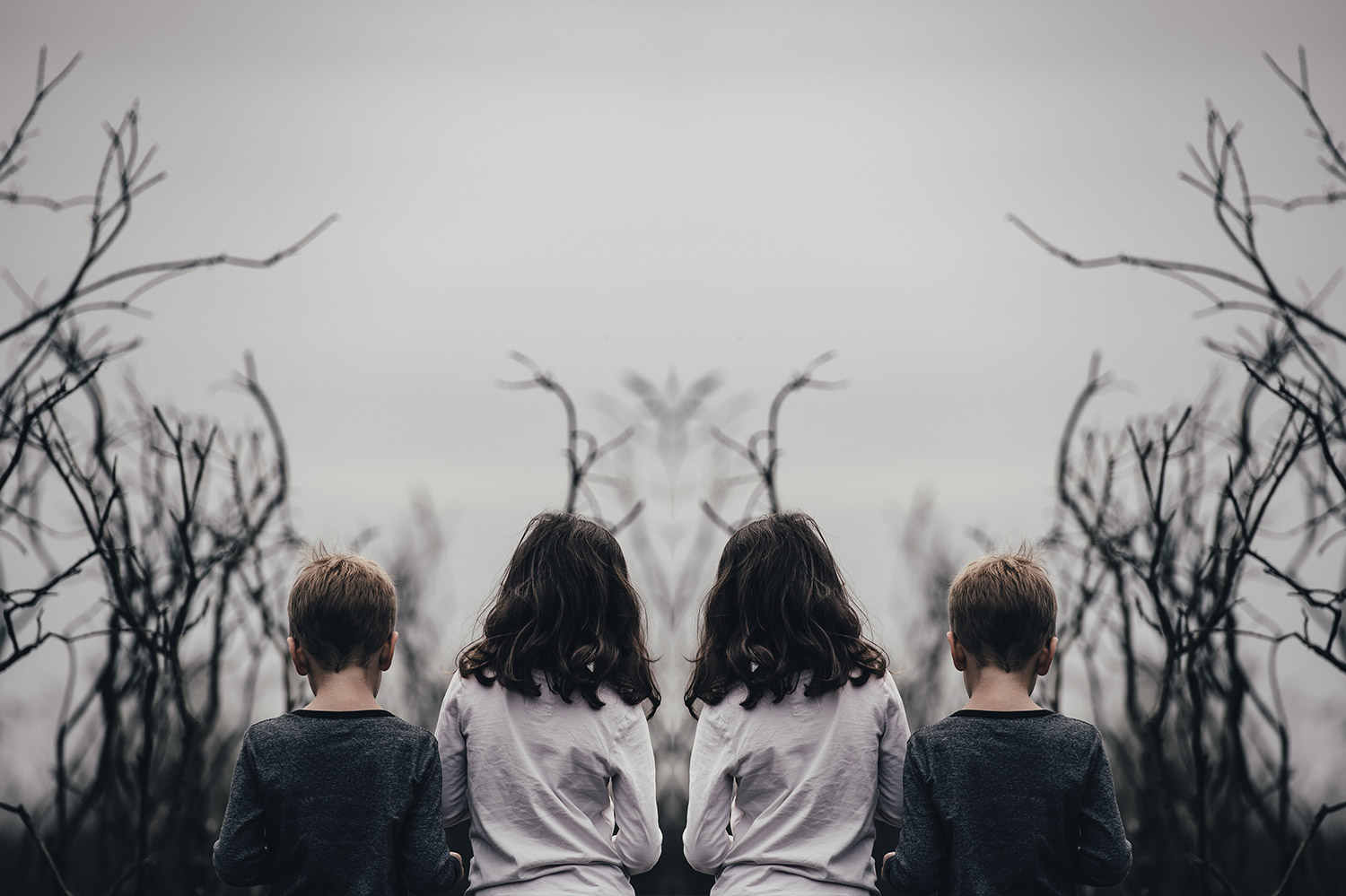 Raymond crossed the frost-crusted grass where he and Liam had seen the four oddly creepy children the previous evening.

He had woken up at midnight with a start without exactly knowing why. The air was hot, clammy and beads of sweat covered his entire body. He got up to open the window and saw them; they were motionless but with intent.

He couldn’t subdue the unpleasant feeling that they were there to impart an important message and cause them some serious harm. The latter felt right. A sensation of pure dread and panic grasped his heart and squeezed until it was hard for him to catch his breath; it convinced him he was about to have a heart attack. This was a distinct indication to Raymond that their presence was a bad omen of impending doom and didn’t bring anything positive. The moment he set eyes on them, he sensed a pure and definite evil. The malevolent hatred that oozed from them was overwhelming, even from high above in his cozy, modern, safe, warm bedroom.

All four children raised their eyes towards the open window simultaneously and stared directly at both of them. This resulted in Raymond actually crying out in utter alarm (much to the annoyance of Liam.)

Now in the mid-morning sun, the deep-rooted sense of eager malevolence and unnatural malice which exuded from the quartet of eerie youngsters was like a nightmare. The effects and emotions were faint, worn off with the rising sun. However, the memory was still hard for Raymond to shake off completely.

“What are you up to, Babe?!” Liam said from behind him, making Raymond jump slightly

They looked at each other and laughed; Liam handed Raymond a mug of instant coffee.

“Just looking! Those kids were standing about here, weren’t they?!”

Liam shook his head, a slight frown distorting his fine features for a moment.

“Nah, more to the right; directly under the tree!”

He passed Raymond and stood on the exact spot where they both saw the four children the night before. Looking down at the hard frostbitten ground scuffing it absentmindedly with his boot.

“They were probably just local kids messing around, screwing with the new residents!”

“They looked pretty small to be lurking around the neighbor’s back garden after midnight Le!? Two of em’ looked Emily’s and Stan’s age! You wouldn’t see my brother and Sarah letting them wander around like that, would ya?!”

Liam considered his spouse’s statement a moment and smiled, imagining his seven and nine-year-old niece and nephew terrorizing their local neighborhood nightly.

“No, no, I don’t think I would! Speaking of your brother and his family: We’d better hurry up and get the house sorted; they will be here at four!”

Raymond looked at his watch and sighed.

“Who’s idea was it to have a cozy family Christmas anyway?!” He said.

“That would have been yours, Babe! Now C’mon! Let’s get to work!” Liam replied, putting his arm around Raymond’s shoulder and kissing his cheek.

From a shadowy corner of the garden, invisible to Raymond and Liam, four sinister, small figures balefully watched the two young men as they embraced each other lovingly.

A. Blackcat is from a family of healers. She's into tarot cards, crystals meditation and self hypnosis.