The Corpse and The Cloak 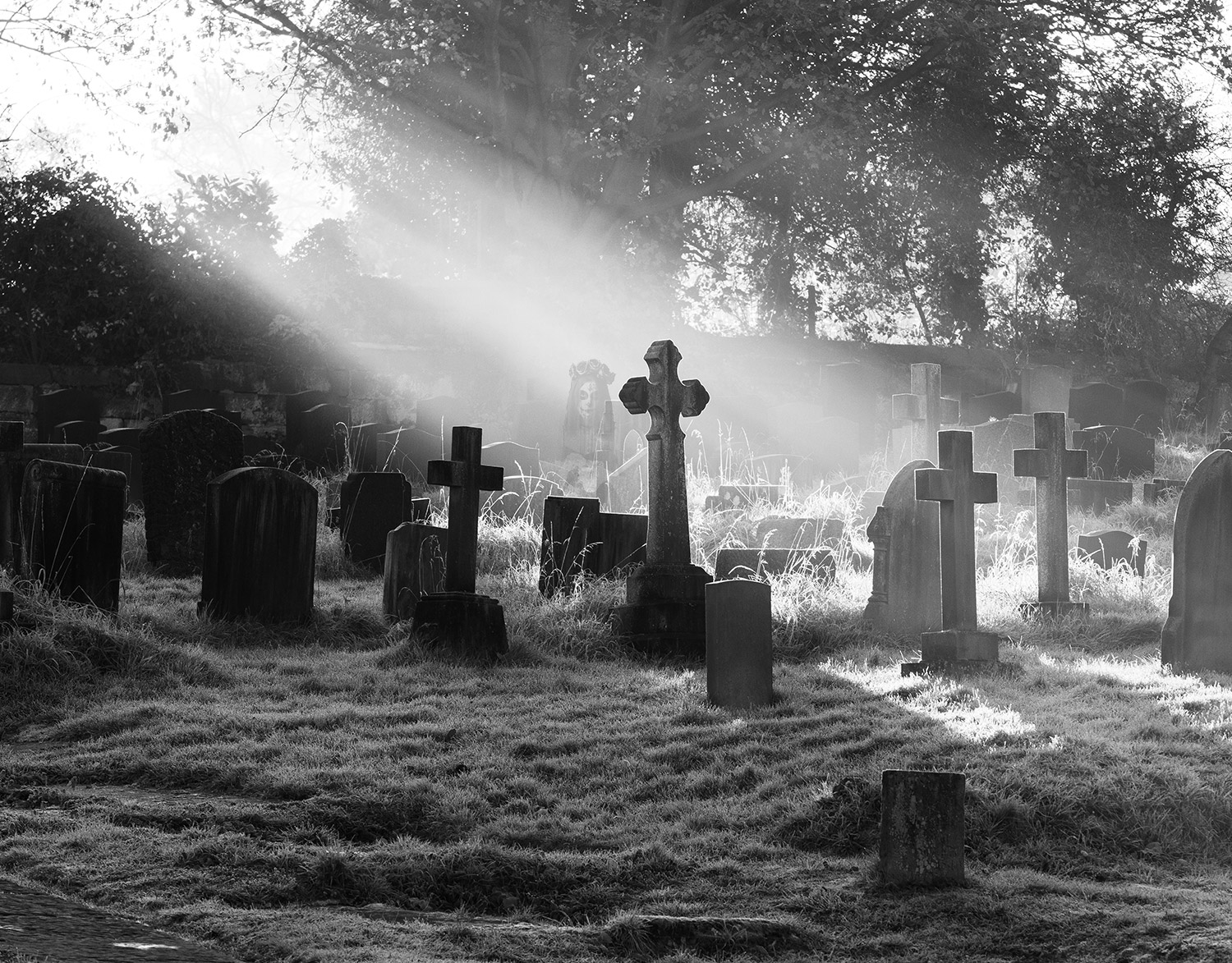 There was a lazy and sluggish girl who hated working but would babble and gossip like nobody’s business. Well, she took it into her head to invite some friends to a sewing party to get a project done. She had often used her friends this way. Lazybones would host a party, and her sweet-toothed friends would go for it.

Well, on the night of the sewing party, she got her friends together. They got to work, and she fed them. They chatted about for a bit and eventually someone asked, who was the most fearless?

Lazybones said, “I’m not afraid of anything!”

“Well then,” said her friends, “if you’re not afraid, go past the cemetery to the church, take down the sacred picture from the door, and bring it back here.”

“Easy, I’ll bring it — only if each of you stitches basket full of work for me tonight.”

That was just her sort of thought: to do nothing but to get others to do it for her. Once they agreed, she went, took down the picture, and brought it home with her. Her friends all saw that it was, sure enough, the picture from the church. But now, the picture had to be taken back, and it was midnight. Who was to take it? Lazybones remarked, “You girls go on sewing. I’ll take it back myself. I’m not afraid of anything!”

So she headed to the church and put the picture back in its place. As she passed the graveyard on her way back, she saw a shadowy corpse in a white cloak, seated on a tomb. It was a moonlight night, so everything was visible. With unwavering confidence, she went up to the corpse and pulled away its cover. The corpse sat peacefully, not uttering a word; no doubt the time for it to speak had not come yet. Well, Lazybones took the cloak and went home.

“There!” says she, “I’ve taken back the picture and put it in its place, and also, here’s a cloak I took away from a corpse.”

Some of the girls were horrified; others didn’t believe what she said and laughed at her. After they finished working and had eaten, they sprawled down to sleep. Suddenly, the corpse tapped at the window and said, “Give me my cloak! Give me my cloak!”

The girls were so frightened they didn’t know whether they were alive or dead. But the Lazybones took the cloak, went to the window, opened it, and said, “There, take it.”

“No,” replied the corpse, “restore it to the place you took it from.” Just then, the crows suddenly began to cackle. The corpse disappeared.

The very next night, when the girls had all gone home to their own houses, the corpse came, tapped at the window, and cried, “Give me my cloak!”

Well, the girl’s father and mother opened the window and offered him his cloak. “No,” says he, “let her take it back to the place she took it from.”

“Really now, how can we trust our daughter to go to a graveyard with a corpse? What a horrible idea!” she replied. Just then, the crows squawked. The corpse disappeared.

The next day the girl’s father and mother sent for the priest, told him the entire story, and implored him to help them in their trouble. “Couldn’t a service be performed?” they said.

The priest considered awhile; then he replied, “Please tell her to come to church tomorrow.”

The next day the Lazybones went to church. Many people arrived, and the service began. But just as people were going to sing, there suddenly arose a whirlwind so terrible that the entire congregation fell flat on their faces. The wind caught up that Lazybones girl and then flung her down on the ground. The girl disappeared from sight. There was nothing left of her but a single braid of hair.