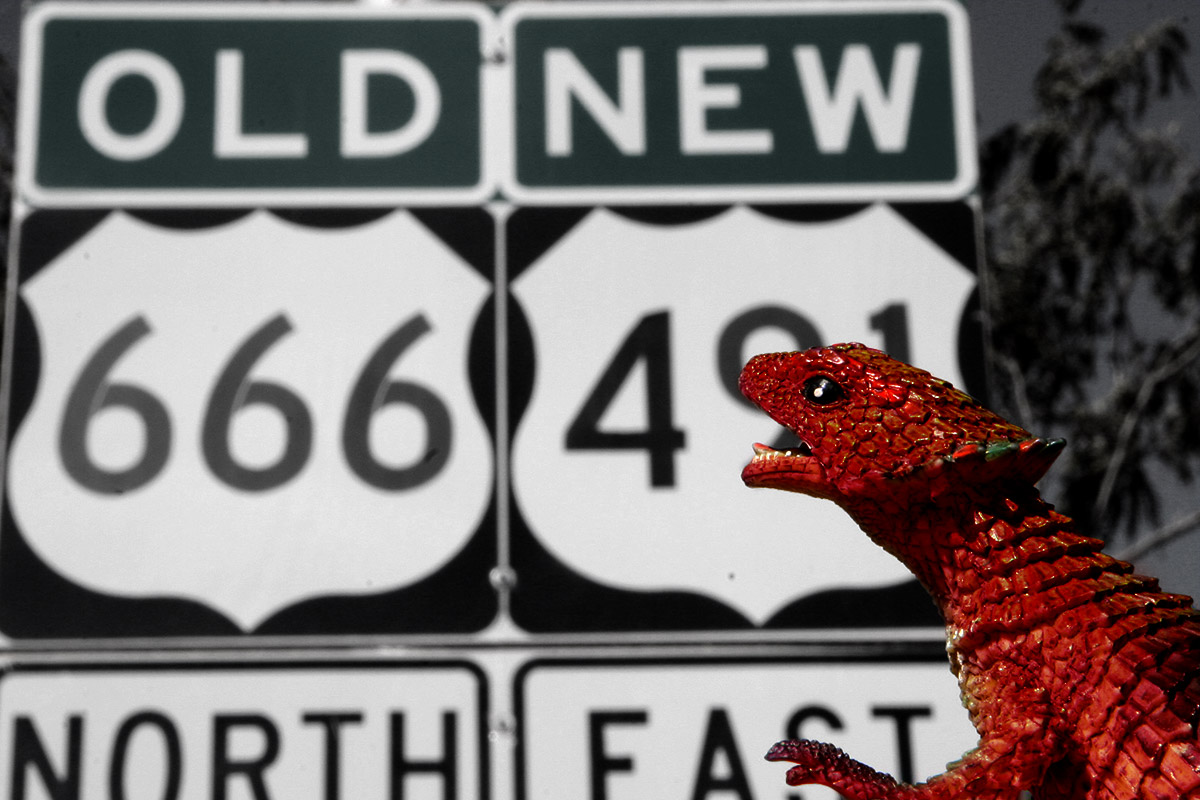 Route 666, known as Devil’s Highway, is a scenic 200-mile road known by motorists for its hell hounds, ghostly figures and Native American skinwalkers. Motorists have claimed that something paranormal is at work for years. We’ll look at how Route 666 was named and the myths that surround the road named after the number of the beast.

Around the time of the Mexican–American War of 1848, Route 666 served as a trading route. Known as the Old Spanish Trail, Route 666 was the main route serving the Mexican nation.

Now known as US Route 491, Route 666 is a north-south carriageway. The route serves the Four Corners region of the United States. Renamed for obvious reasons, Route 666 became Route 491 in 2003. This is one of the more recent designations in the U.S. highway network by the American Association of State Highway Officials (AASHO).

The history of US Route 666 begins in 1925. In New Mexico, new routes and designations were being added including branches of US 60. The sixth new route added was US Route 560. Unfortunately, being the sixth spur on the existing Route 66 is what led to this infamous moniker. In a later AASHO meeting that same year, Route 560 changed to 660, due to a technicality.

Several complaints filed the following year in 1926 took issue with the numbering. Kentucky argued against the use of the designations ending in 60. The name of the route changed again. This meant that the former branches of US 60 were now US 66. So, at last, US Route 660 became US Route 666. In a sense, Route 666 was born out of a huge bureaucratic hex. Given the 666 designation, the nickname “Devil’s Highway” is only fitting.

Motorists claim something paranormal is at work on the route.  Over the years, the road has seen its fair share of fatal and nonfatal traffic accidents. In the past, people have placed blame on the road based on the association with 666. When these outlandish claims are made, more obvious factors such as human error, the climate, speeding, or DUI are often ignored. Next we’ll dive into some of the myths and legends. 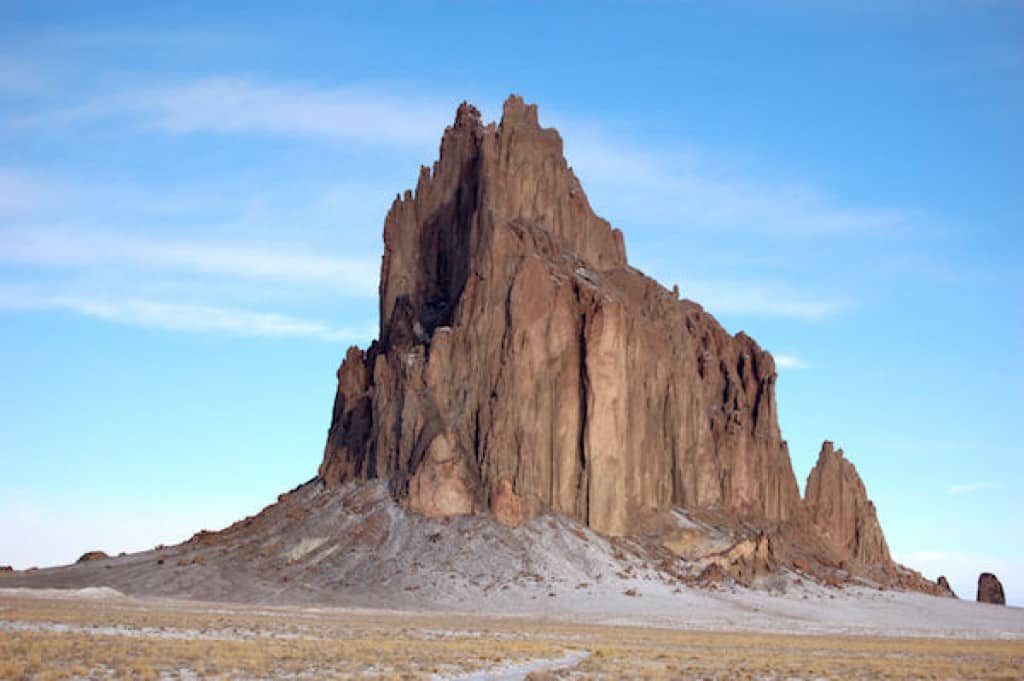 Shiprock, a sacred mountain to the Navajo people, is off Route 666.

The 200-mile-long so-called Devil’s Highway is now US Route 491. It meanders through some of America’s most impressive scenery. Passing through Colorado, New Mexico, and Utah the landscape is breathtaking. Chief among these sights are a pair of Native American sacred sites: Shiprock (translated as Rock with Wings) in New Mexico and Ute Mountain in Colorado.

According to Native American legend, Shiprock was a majestic bird. Shiprock assisted with the transportation of the Navajo people to their home. After completing the journey, it settled down and became the spectacular feature that we see today. The Navajo have forbidden access to the peak for fear of disturbing the ghosts of their ancestors.

Skinwalkers are not the only concern. Hell hounds allegedly patrol remote regions of the road, often in packs. Witnesses have claimed that hell hounds have kept pace with the vehicles that they were traveling in, irrespective of the speed of the vehicle. Legend has it that these supernatural beasts have the ability to shred tires with either their teeth or sharp claws or even enter moving vehicles and maul the driver and/or any passengers.

Problems on this road and not just limited to drivers or their passengers. The vehicles themselves are also highly susceptible to the horrors that traveling this route can possess. Mechanical failures are a common phenomenon. Overheating, breakdowns or even flat tires are all the fault of the curse given to the lonely stretch of road. Such things have been known to occur, but on Highway 666, it’s the haunted semi-truck that deliberately attempts to collide with motorists or run them off the road. There are reports of numerous near misses.

A Girl in a White Dress

Surely one of the most famous of all the reported activity along this road has to be the girl in a white dress. Described in Weird U.S. by Mark Moran, a driver notice a young woman in the middle of nowhere in the middle of the night. Once the driver stops to offer assistance, the girl vanishes into thin air.

Strange Disappearances on the Devil’s Highway

There are claims that the drivers themselves also disappear into thin air. Occasionally personal property or a part of the vehicle are found along Route 666. Other drivers are more fortunate. While there are claims of some drivers disappearing en route, they have no recollection of how or when they got to their destination. Lateness in these instances varies from several minutes to hours or even days. Drivers believe their journey has taken longer than expected, especially when compared to similar trips taken at other times by other people. No explanation has been provided for the strange disappearances and time loss.

Public pressure and lobbying from specific members of the community led to the eventual change in the naming of Route 666 in 2003. Now known as US Route 491, reports have significantly dropped. Strange things are still reported occur along the highway. Many are still adamant that they will not travel along it overnight.