The Possession of Maria Talarico 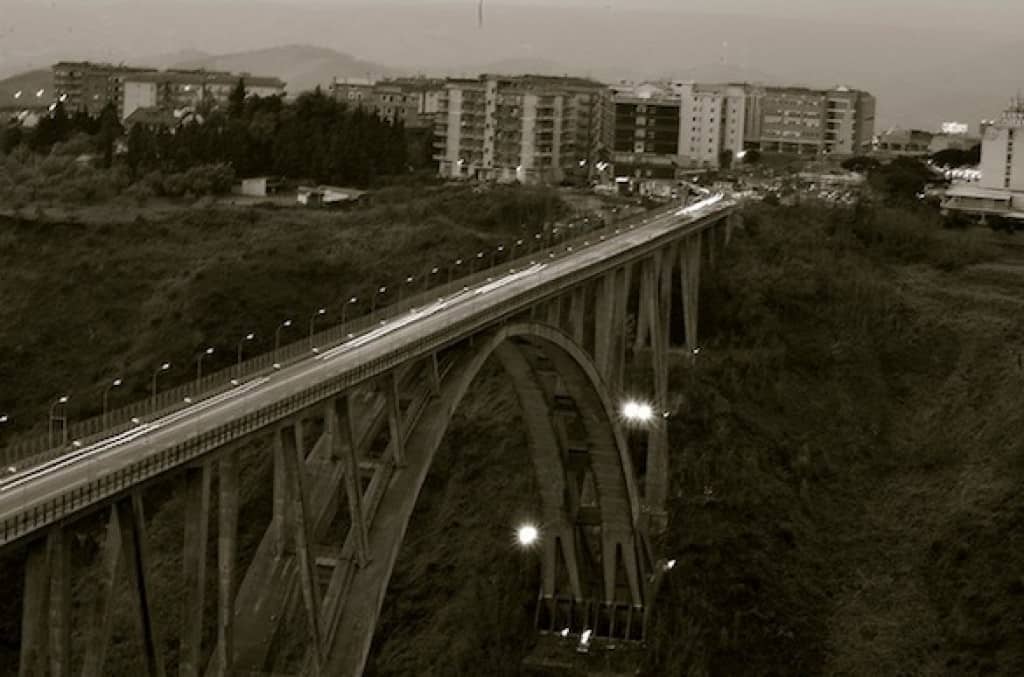 The Body of Giuseppe Veraldi is Discovered

The case of Maria Talarico may be the only case where an alleged spiritual possession led to a formal legal judgment of murder.

On February 13, 1936, the body of local resident Giuseppe “Pepe” Veraldi was found under the Morandi bridge in the city of Catanzaro, Italy. The body was in bad shape and had obviously fallen from the bridge above. The cause of death was determined to be severe damage to the head.

Due to the injuries and the lack of any evidence of foul play, the police decided it was a suicide and stopped any further investigation. Pepe’s family protested that there was no reason for him to have killed himself, but the police did not re-open the case.

The death was the talk of the town for several months, but it eventually faded from public gossip. It wasn’t until three years later that Pepe’s death would return to the forefront of attention.

Maria Talarico Faints at the Bridge

One morning in January of 1939, Maria Talarico, a teenaged girl of the city, was walking across the same bridge, as she had done many times before. About halfway across she suddenly stopped, walked over to the side from which Pepe had allegedly jumped, and mysteriously fainted. Several people were nearby and promptly arranged for Maria to be carted home.

Once in her own home, she awakened and initially seemed to be herself until she spoke. Instead of her usual voice, she spoke in a rasping male voice and told those present that she was Pepe Veraldi, and demanded to speak to his mother. After the shock had worn off somewhat, one of the neighbors ran off to fetch Mrs. Veraldi. During the wait, “Pepe” asked for wine and cigarettes and playing cards — proposing that he and some of the men have a game until his mother arrived. Needless to say, this was not in any way similar to Maria’s normal behavior.

Eventually, Pepe’s mother showed up and he quickly told her (via Maria) that he had been murdered but did not name the culprit(s). As this information began to sink in with those gathered at the Talarico home, Maria quickly got up and ran outside to the exact place under the bridge where Pepe’s corpse had fallen. Those from Maria’s household followed her, and when Pepe’s mother arrived she ordered her son’s spirit to leave Maria. Apparently, it did. Maria instantly “woke up” but remembered nothing of the past since she had initially fainted on the bridge.

Most likely Pepe’s mother went to the police with this information, but without names, there was nothing they could do. And they might have found the whole story too difficult to believe.

A Friend Admits to the Murder

The story would have ended there had it not been for a letter Pepe’s mother received nine years after Maria’s apparent possession. The letter was from one of Pepe’s former friend Luigi “Toto” Marchete who was living in Argentina. He confessed to killing Pepe in an argument over a woman. Three other men helped him commit the crime, he said, and he named them — something Pepe’s ghost had not done.

How The Ghost Of Teresita Basa Solved Her Murder

Pepe’s mother now had something concrete to prove that her son had not killed himself. She took the letter to the police. One of the accomplices had died, but the other two were investigated, arrested, tried, convicted, and jailed.

The convictions seemed to have brought the episode to a close. It is presumed that Pepe was then able to rest in peace, as he never made any further appearances. It is not known if Maria has had any further encounters with supernatural entities.