The monster beneath the pope lick train trestle. 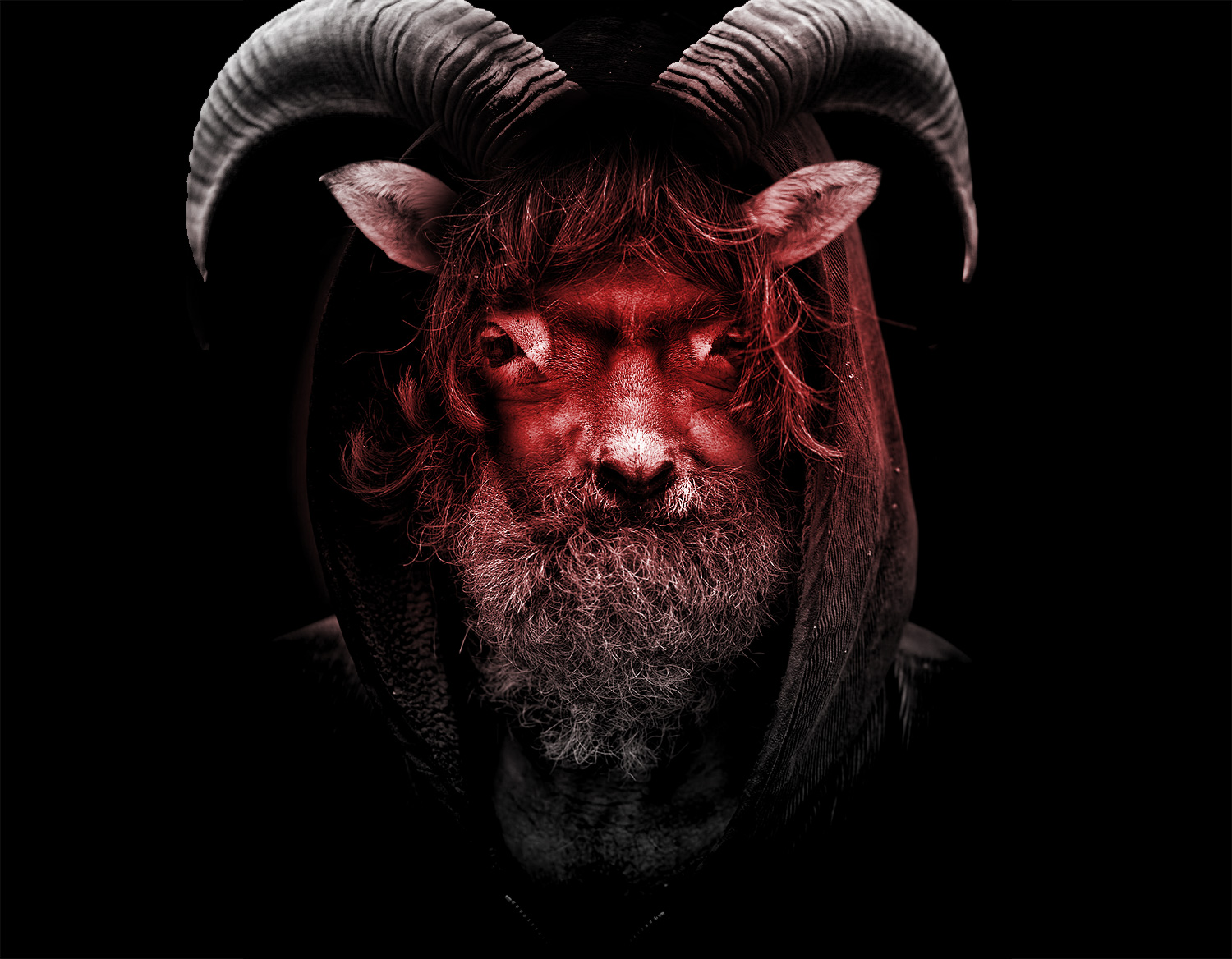 It is a cold night, and the moon is glowing. You laugh and cheer with your friends as you walk down a lonely road under a train trestle. As the gentle breeze glides across your hair, a chill washes over you and you realize dead silence is all around you. The soil and rock crunch beneath your feet as you move in close to your friends. Suddenly, a two-horned man with greasy hair, wielding an ax, grabs one of your friends. You struggle to break your friend free while your other friends disperse. Slowly the screams fade into the dark cover of the night.

The Pope Lick Monster urban legend surrounds the deadly Pope Lick train trestle which is located south of Louisville at Pope Lick Creek. According to Charles H. Bogart author of The Railroads of Kentucky, the legend of the Pope Lick Monster dates back to the 1940s. The 700-feet-long train trestle became a popular hangout for local young adults in the 1950s where the legend would continue to grow out of daring games kids played on the perilous tracks.

The stories of the Pope Lick Monster are widely known among locals of the area. While the tales vary, there’s one thing common in all reports is that the monster is deeply terrifying. Some even report that its sight alone terrifies people enough to make them jump from the train trestle to their deaths.

In most claims, the Pope Lick Monster is a furry hellish creature that is half man and half goat. The grotesque “Goatman” beast has the stature of a man, large horns, an unrelenting stare. The Pope Lick Monster’s appearance is very much reminiscent of Beelzebub himself.

Over the centuries, artists have had to get creative when determining how to represent Satan. In the Middle Ages, artists pulled inspiration from older cultural depictions of demons. “Bits and pieces from lots of now-defunct religions got synthesized: The cloven feet from Pan, the horns from the gods of various cults in the near east,” says Bernard Barryte curator of Sympathy for the Devil: Satan, Sin and the Underworld. “In the 15th and 16th century, these solidified into this personification of evil, seen as the great enemy of Christ, the Church, and mankind: a horned, bestial, furry figure.”

It’s often claimed that the creature possesses the power of hypnosis and voice mimicry to entice trespassers to the trestle, where they will be killed by an approaching train. In some rumors it is said that the beast was a remnant of the sideshow age, a human-goat hybrid, looking for revenge for being mistreated. Other whispers say that the Pope Lick Monster escaped from a derailed train on the trestle leaving a secret testing facility. In one supernatural tale, it’s believed the monster is a reincarnated farmer who made sacrifices of goats in exchange for satanic powers. Some thrill-seekers believe that the Pope Lick monster can be summoned by crossing the tracks.

Over time the infamous Pock Lick trestle has become a site for urban legend hunters and thrill-seekers, and it doesn’t always end well.

In the summer of 1987, a child fell to his death from the trestle after dodging an oncoming train, and a young boy met the same fate 13 years later.

The grim incidents and record deaths see no end.

In 1988, a freight train struck and killed 17-year-old Jack Bahm II, who was on the trestle with companions. David Bryant, then 19 years old, died in 1987 from injuries sustained a year before in a fall from the Pope Lick trestle.

Despite the construction of an 8-foot fence to keep the thrill-seekers out, it is still a place where such accidents happen which feeds the stories of the legends. The common misconception that the trestle is no longer in use also leads to these accidents. An oncoming train is nearly impossible to safely avoid because the trestle does not possess any walkways. Thrill-seekers must grapple with a train or jump the 90-feet to their death.

Fortunately, it is not always ultimate doom when these accidents happen. Sean Fleischman, then 20 years old, was injured after he fell from the elevated track in 1984. Michael Wells, then 14 years old, tucked his body beneath the track to avoid being hit by an oncoming train in 1994.

Recently in 2016, Roquel Bain in search of the monster, fell 80 feet to her death. Her boyfriend, David Knee survived. The most recent of these sad tales is one that happened in 2019. Two girls were knocked off the side of the trestle after being hit by a train. One of them, Savanna Bright, aged 15, died at the scene while the other, Kaylee Keeling, is now recovering.

Loved ones of victims are pushing for change. While “No Trespassing” signs are posted on the fences surrounding the railroad, they are difficult to notice at night. They believe and hope that more proactive actions are taken to curb these accidents and put a stop to them.

There have been several documentaries and movies on the legend of the Goatman. “The Legend of the Pope Lick Monster” is a 16-minute short film directed by Ron Schildknecht. It premiered in 1988 and is available on Amazon. In the film, the Pope Lick Monster lures unsuspecting youths to the train tracks with hypnotic powers. More recently in 2010, ‘Jimmy Tupper vs. the Goatman of Bowie’ by Andrew Bowser, is another movie that is themed around a similar cryptid.

It seems the stories behind the Pope Lick Goatman are simply a myth and a local urban legend. There have not been any actual sightings, just a deadly trestle fuelling a myth even after many decades of fatal incidences.

The advice given by the victim’s loved ones: Don’t fall prey to the Pope Lick Monster’s enchantment.