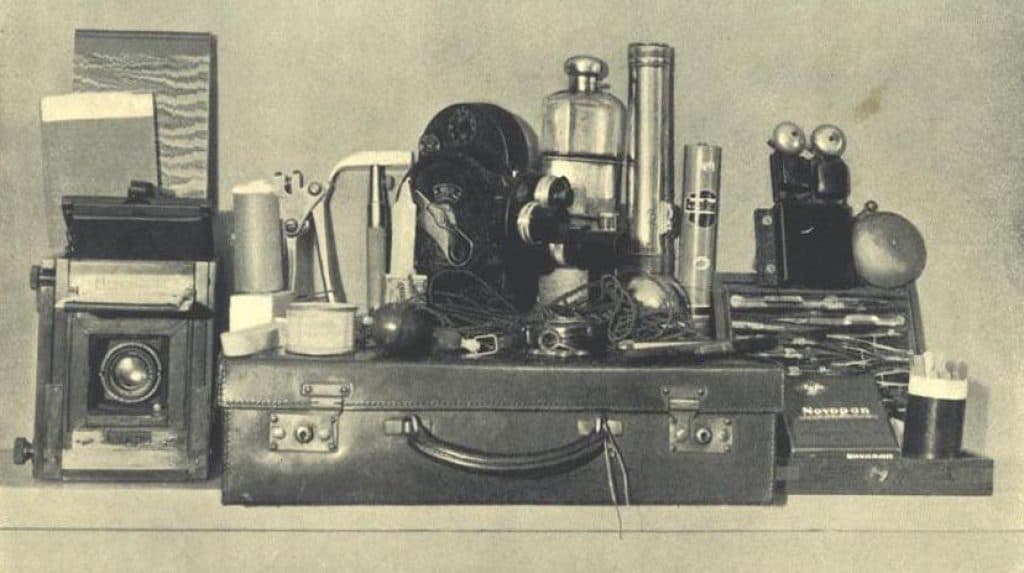 The history of paranormal investigation has experienced a technological evolution as researchers have attempted to validate a field that is inherently difficult to test. A large part of that evolution has been a variety of inventions that investigators designed to pick up on the subtleties of the quantum world. In this article, I’ll be discussing the history of paranormal investigation equipment and techniques. Then I will cover the most modern innovations. But first I want to explain a little about my background within this field of research.

The History of Paranormal Investigation

My own experiences with paranormal and supernatural phenomena began when I was just three years old. One night as I drifted off to sleep, a curious thing happened. I could feel a part of me detach from my physical form and float upward toward the ceiling. This spirit part of me became trapped in a corner like a helium-filled balloon. As I looked down on my sleeping physical form, my mother and uncle entered the room. They observed me in my bed and quietly left. After a time, my spirit body began to descend to rejoin its physical counterpart. Of course, I was frightened and didn’t know how to communicate my experience. Who would’ve believed me at any rate?

These events and others became a hallmark of my childhood and adolescence. They left me with a desire to know more about the unseen. I ultimately joined a team of paranormal researchers in Louisiana, a state known for its share of ghostly encounters. My experiences with that team helped to inspire “Files From the PARA Squad,” my ongoing fiction series. In these books, I explore many of the techniques used by paranormal investigators today. This article was designed to probe methods of research and how they have evolved from the time of Swedenborg and Rogers to the present.

Emanuel Swedenborg, the father of modern-day paranormal investigation, practiced the most rudimentary form of exploration. He documented his own experiences in a collection of journal writings. Like my own childhood experience, the visions of Swedenborg were impossible to scientifically verify. He did, however, receive third-party verification for at least one precognitive episode, discussed in “The History of Paranormal Investigation,” part I of this article.

When Edmund Dawson Rogers founded the Society for Psychical Research in 1881, there were still no formal paranormal research tools. Investigators had to rely upon methods that held no scientific credibility. Throughout the history of paranormal investigation, chief among these was the séance.

During a séance, a group of people would sit together around a large table. These sessions were typically held in a darkened room. The investigators would join hands and verbally request a physical appearance by the spirit of a deceased loved one. Sometimes, there would be knocks on the surface of the table in response. At other times, the table itself would levitate from the ground. Those present would then make a written record of their experiences for the purposes of further discussion. 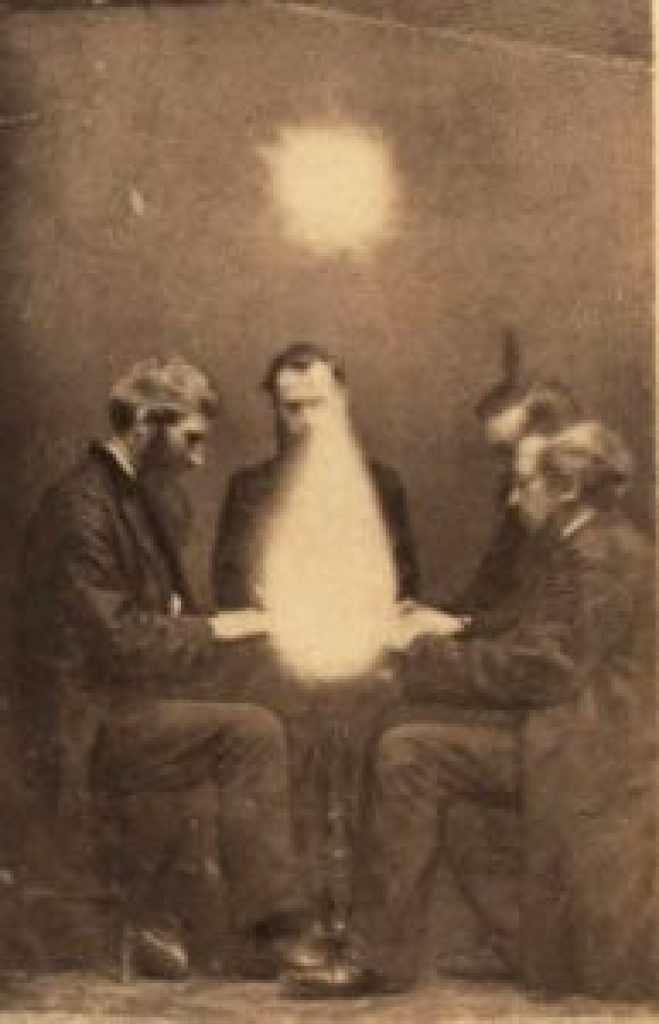 This method helped to popularize Spiritualism, a quasi-religious movement that attracted famous individuals of the time. Among those devoted to Spiritualism was Sir Arthur Conan Doyle, the writer, and creator of Sherlock Holmes. It is also known that First Lady Mary Todd Lincoln, distraught over the death of her son, organized a séance in the White House. President Lincoln himself is believed to have taken part.

The séance soon took on a more dramatic feel as psychics and spirit mediums were introduced to investigations. A medium is someone with the rare gift of psychic communication. These individuals claim that they are able to become a channel or vessel for spirits. Often, a spirit enters the medium during a séance and uses the medium as a physical host. It was not uncommon for the medium to speak in the voice of the deceased. The heroine of my PARA Squad series is a psychic and uses her abilities to help solve crimes.

As impressive as séances and mediums could be, these methods of paranormal investigation suffered from the common problem of the day. There was no way to scientifically verify the occurrences of paranormal phenomena. It also didn’t help that a few unsavory individuals realized there was a monetary gain to be found in the grief of others. False psychics and mediums were not above creating phenomena when there was none. This behavior soon caught the attention of legendary magician Harry Houdini.

Houdini, on the advice of his friend Sir Arthur Conan Doyle, had sought the assistance of a medium after the passing of his mother. It didn’t take the magician long to recognize the medium’s tricks. Houdini was so angry that he devoted a large portion of his time to exposing psychics as a fraud. One of his favorite tricks was to attend a séance in disguise and observe what occurred. The next night, while performing his own magic act in the same city, Houdini would proceed to duplicate the paranormal events he had seen the day before. He caused tables to rise, produced knocks, and even conjured a spirit. Afterward, Houdini would reveal how he did the tricks before exposing the fraudulent psychic by name.

In later years, magicians like James Randi would take up Houdini’s quest to debunk the crude methods of paranormal investigation. One could even argue that these efforts led to the ultimate demise of Spiritualism.

The Russian inventor Semyon Kirlian made an interesting discovery in 1939. Kirlian was performing service on a high voltage piece of equipment when his hands interacted with a cascade of electrons. Though harmless, the event produced a visible glow or aura around Kirlian’s hands. 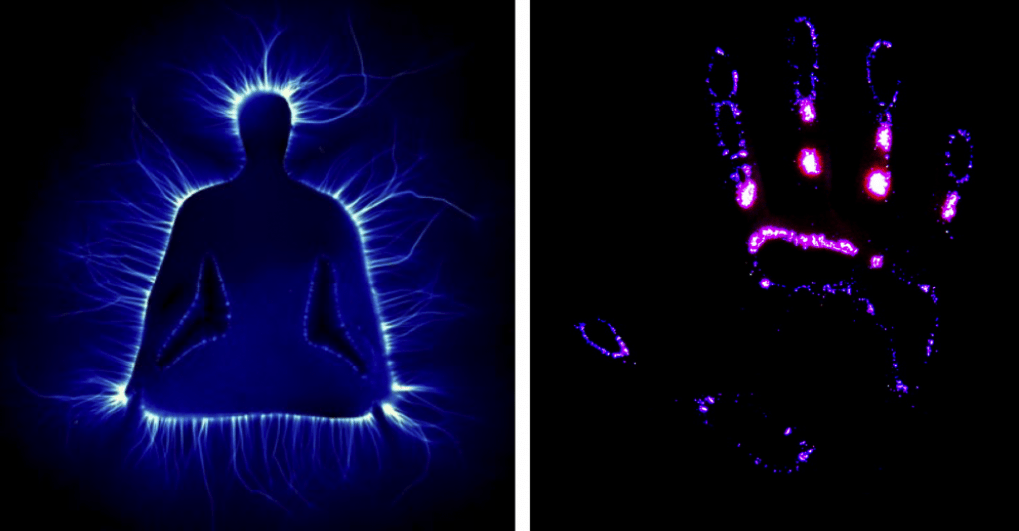 Kirlian became intrigued and decided to attempt a photograph of the aura. This was the beginning of what has come to be known as Kirlian Photography, a process which advocates claim is able to capture images of the unseen human aura. It is a complex endeavor which requires the use of special cameras and other equipment.

In subsequent experiments, Kirlian explored the connection between the color of the aura and different emotional and physical states. The experiments remain largely inconclusive. Their relationship to paranormal investigations is that they opened the door to the use of cameras and other equipment. Thus began an ongoing quest to capture the image of a spirit on film.

Files From the PARA Squad follows the adventures of psychic Shayde Romero. In her work, Shayde combines her psychic abilities with modern paranormal investigation equipment to document evidence of spirit activity. This is very similar to the way most ghost hunting investigations are carried out today.

One of the great things about paranormal investigations in the present era is that they integrate with a number of modern spiritual beliefs. Alternative forms of spirituality such as Wicca have their own methods for contacting beings that inhabit the unseen world. Many of these approaches still lean heavily on psychic intuition. Items such as dowsing rods are used to communicate with the dead, and some investigators even use the Tarot and other forms of divination to accomplish their aims.

The most successful approaches combine technology and psychic sensitivity. A variety of ghost hunting equipment has been introduced which make it possible to collect and preserve evidence of a haunting. Sometimes, a medium or psychic can then further verify the evidence collected with their own impressions.

Cameras have assumed a large role in paranormal investigations. Still photography and video have produced some compelling evidence that ghosts and spirits do indeed exist. Most notably, the appearance of orbs and shadows are best documented with photographic evidence. 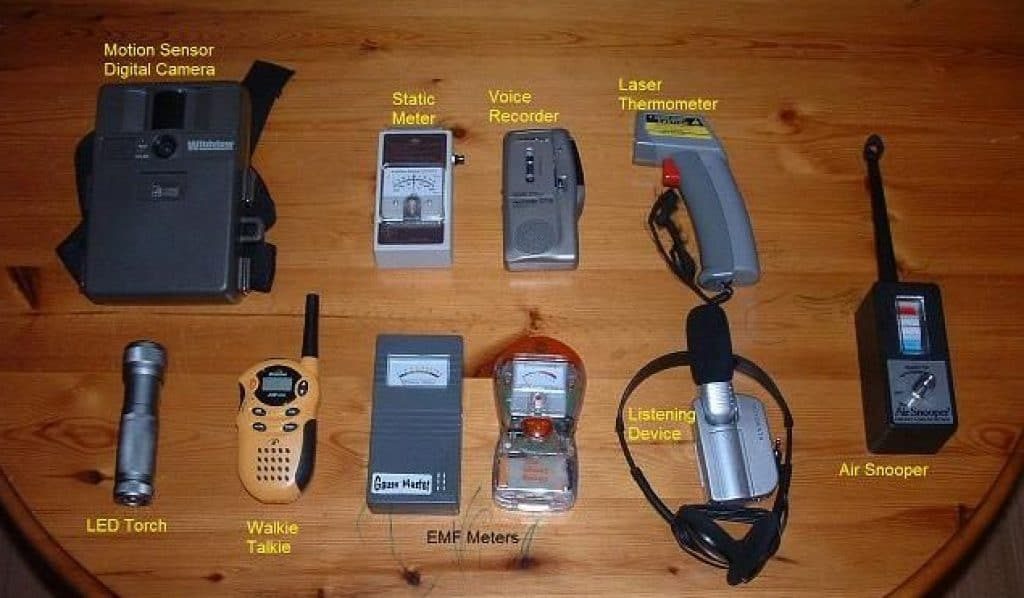 Another popular ghost hunting tool is the digital voice recorder. These devices record Electronic Voice Phenomena or EVP. Researchers believe digital recorders can capture sounds that are inaudible to the human ear. Many investigators will conduct an EVP session. These sessions involve asking questions of the deceased and attempting to record a response. My own experience with EVP provided a shocking recording that occurred at the site of the Bonnie and Clyde ambush in Arcadia, Louisiana. As our team reviewed the tapes afterward, we heard the unmistakable sound of gunfire and a voice shouting, “Get down!”

Digital thermometers document anomalies in ambient temperatures, such as “cold spots” which may indicate the presence of a ghost or spirit. Many of these thermometers utilize a beam of light which can record the surface temperature of an area or a specific item.

Additionally, some investigators are now using spirit boxes in their paranormal investigations. These pieces of equipment use radio signals that create audio fragments and white noise. Distinct spirit words and phrases carry over the changing frequencies. Additionally, there are teddy bears which have a motion sensor behind the eyes. These teddy bears are useful in environments where paranormal investigators have reason to believe the spirit of a child may be present. If something moves near the bear, a light or alarm turns on. On some advanced models, a video recorder can capture movement in real time.

The capabilities for documenting evidence of the paranormal have grown by leaps and bounds. This is encouraging to ghost hunting teams. Most of those who devote a portion of their life to this pursuit would agree that they welcome more advanced paranormal investigation equipment and techniques.

Despite the technological advances throughout the history of paranormal investigation, more work is necessary before the field becomes a credible science. Even today, some present methods remain subject to human interpretation and error.

One of the biggest challenges for researchers is that they must work out in the field to gather data. Therefore, controls are difficult to put into place and contamination of evidence is problematic. As a result, it would be helpful if investigators could devise methods to document phenomena in lab environments. Of course, investigators are quick to point out that no ghosts or spirits are lining up to participate in a scientific experiment.

There was, however, one famous experiment that bears mention. Harry Houdini was intent on exposing fraudulent mediums and psychics. Thus, he determined to resolve the question once and for all. Houdini reportedly told his wife, Bess, to conduct a yearly séance on the anniversary of his death. When Houdini died on October 31, 1926, Bess was faithful in carrying out his request. Subsequently, a group of magicians would gather each Halloween to attempt to contact Houdini’s spirit. They reasoned that whoever could escape the confines of death was the greatest escape artist of all time.

It is evident that the world has a fascination with ghost hunting and the paranormal. My own opinion is that people want to believe because losing someone is difficult. Therefore, the idea that a loved one may still be present in some form is a comfort to individuals in mourning. For those who believe in the existence of ghosts, they have all the evidence they need. For those who do not believe, perhaps no evidence will suffice.

At one time it was ludicrous to suggest the earth was round. Even the hunt for extraterrestrial life was fringe science. But as researchers get closer to proving that Earth is not the only planet that sustains life, scientists become credible and the search becomes valid. Likewise, the ability to gather concrete evidence of the spirit world may be within our grasp if only we can develop better technology and methods. But seeking is critical, for it is the imaginings of the ridiculous and the unknown that continue to drive new scientific discoveries.

Scotty Rushing is a professional freelance writer and published author. His works have placed in the bestseller category at Amazon on multiple occasions. Scotty lives in Louisiana with his dog, Bentley, where he is currently working on a full-length novel and other creative projects.