Where is McPike Mansion

Tucked away in the southwest corner of Illinois, not far from St. Louis, lies the town of Alton. Considered one of the ‘most haunted small towns in America’ Alton has no shortage of ghost stories and haunted places. One of the best known is the McPike Mansion. 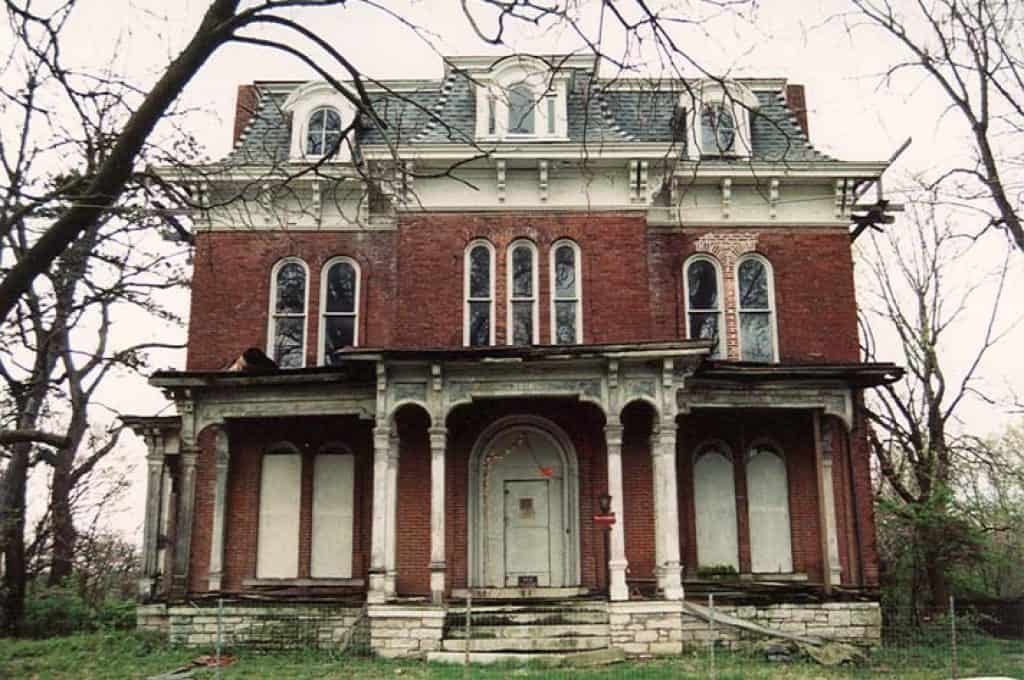 There is no denying that the McPike mansion has the classic look of a haunted house. Image: Blackdoll (Flickr) [CC BY 2.0]

The Italianate-Victorian style building looms over Alton from atop the highest point of the town, Mt. Lookout. Nestled among contorted oak trees, McPike Mansion ranks as one of the most haunted buildings in the state. The home has been featured on two television shows, ‘Scariest Places on Earth’ and ‘Fact or Faked: Paranormal Files.’

Henry McPike and his family erected the three-story red brick building in 1869. McPike was a local businessman and horticulturist. He served as mayor of Alton for three years and developed the nationally known McPike grape. With its 16 rooms and vaulted wine cellar, the mansion was one of the largest and most extravagant private dwellings in Alton at this time.

The Start of Paranormal Activity

The mansion’s next owner was Paul Laichinger. During his time in the home, Mr. Laichinger rented out rooms to boarders. Soon, these tenants began to experience strange events that could not be explained. Some of these occurrences involve the sounds of children playing and laughing together when there were no children on the grounds.

After Laichinger’s death in 1945, the property lay vacant. Weather and trespassers helped to turn the dwelling from elegant to menacing. The rusting iron fence, broken windows, dilapidated structure, and graveyard made passersby intrigued and fearful. Reports of faces looming in the windows began to surface. 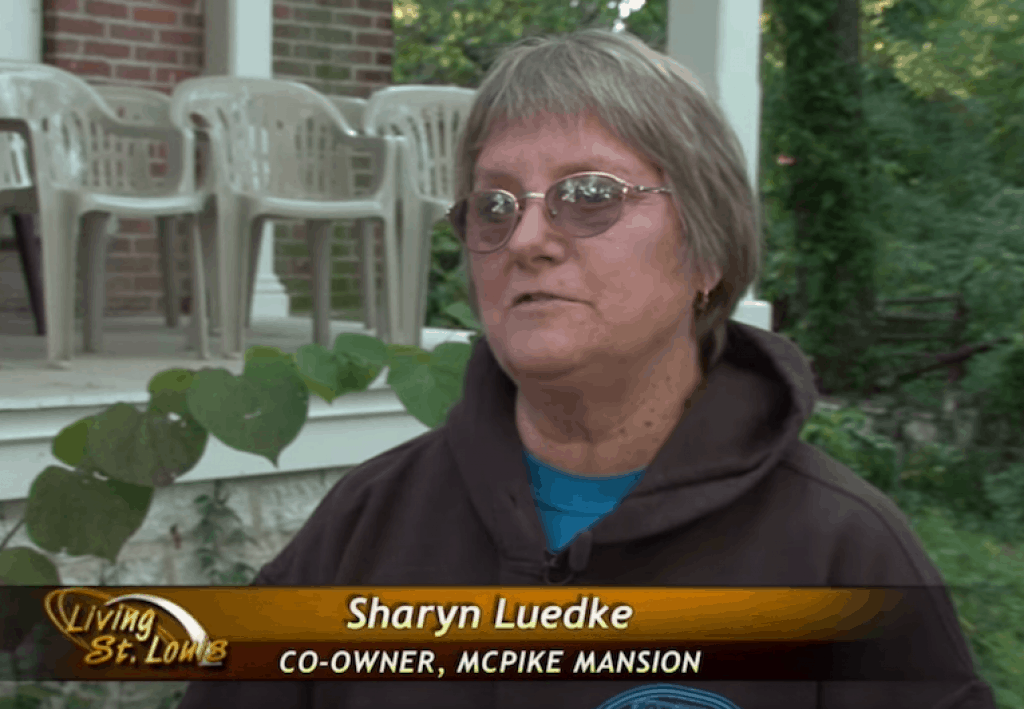 A Man in the Window

Sharyn and George Luedke purchased the McPike Mansion n 1994. Their hope is to restore the building to its former glory and allow it to serve as a bed and breakfast or a historical attraction. Within six weeks, Mrs. Luedke had her first experience. While gardening in the front yard, she looked up to see a strange man staring at her from the window. He soon disappeared, but not before she was able to take note of his attire. Later, while researching the history of the mansion, Mrs. Luedke became startled as she came across a photo of the previous owner Paul Laichinger wearing the same outfit as the man in the window.

Other experiences include light orbs that appear in photos, sensations of being touched, pacing footsteps and vanishing objects. Some of these experiences are captured on film. The most active room in the house is the wine cellar. Here a mysterious mist appears and seems to follow visitors as they move around the basement. A bulky metal door leading to the area scraped across the floor as it moves on its own.

A Hot Spot for Ghost Hunters and the Curious

Since then, McPike Mansion has hosted numerous psychics and mediums. Many have felt the presence of the McPike family and other residents of the estate. Sharyn Luedke herself believes the ghost of not only Paul Laichnger, but also of servant girl Sarah Wells roam the halls. The smell of her lilac perfume still lingers in the attic.

For thrill-seekers and skeptics alike, the Luedke’s invite guests to traverse the house and grounds. Tours are available. In fact, annual campouts are held for those who really want to immerse in the experience.