Mao Sugiyama: The Man Who Served His Genitals For Dinner

How Mao Sugiyama Celebrated His Birthday

On March 31st, 2012, Tokyo illustrator Mao Sugiyama celebrated his upcoming 22nd birthday by having elective genital-removal surgery, otherwise known as “gender nullification.” Once his genitals were removed, they were frozen and given to Sugiyama in a plastic bag.

[Please retweet] I am offering my male genitals (full penis, testes, scrotum) as a meal for 100, 000 yen…Will prepare and cook as the buyer requests, at his chosen location. 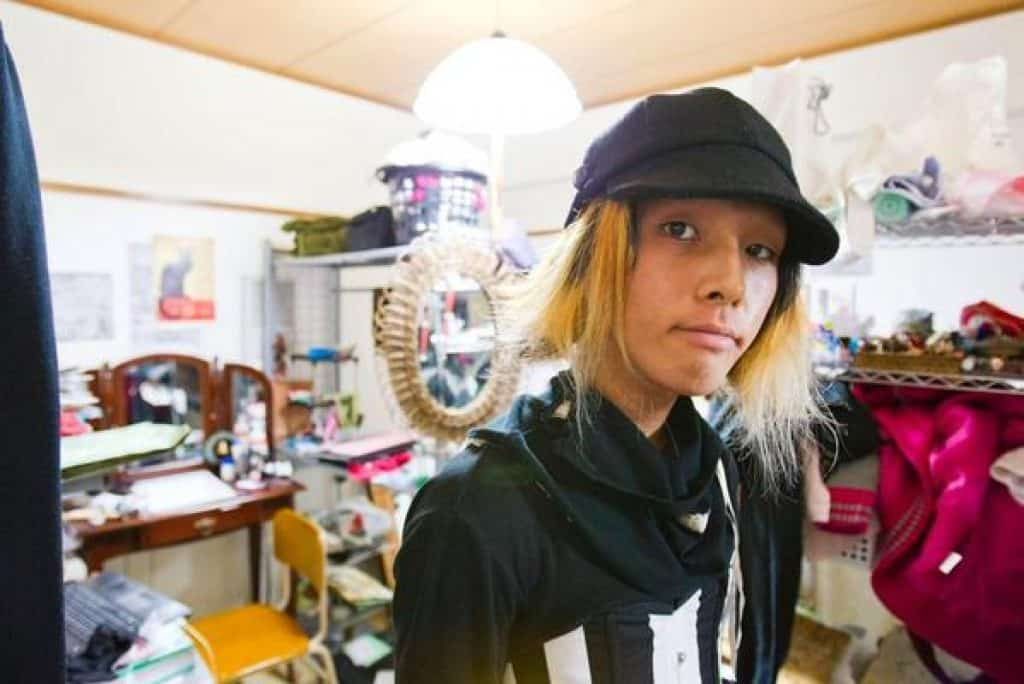 It should come as no surprise that Sugiyama’s tweet sparked a firestorm on the Internet. Sugiyama responded by making the “banquet” a public event, calling it “Ham Cybele – Century Banquet.” The event was held in the Suginami Ward of Tokyo.

True to his word, on April 13th, Sugiyama seasoned and braised his genitals on a portable gas cart and served them to five individuals who seemed more than happy to pay the 100,000 yen fee ($847.00 USD). Before eating, the diners were required to sign a waiver, saying they wouldn’t press charges against Sugiyama if they got sick.

Photos were taken of the dinner, one of which showed a sliced penis, a sliced testicle and scrotal skin with three millimeters of pubic hair. The genitals were garnished with button mushrooms and Italian parsley.

Although Sugiyama’s stunt received a lot of attention, the meal itself left something to be desired. Diners reported that the penis was hard and rubbery. The scrotum was even harder and more rubbery. The testicles were hard on the outside and soft on the inside, and they tasted like fish. 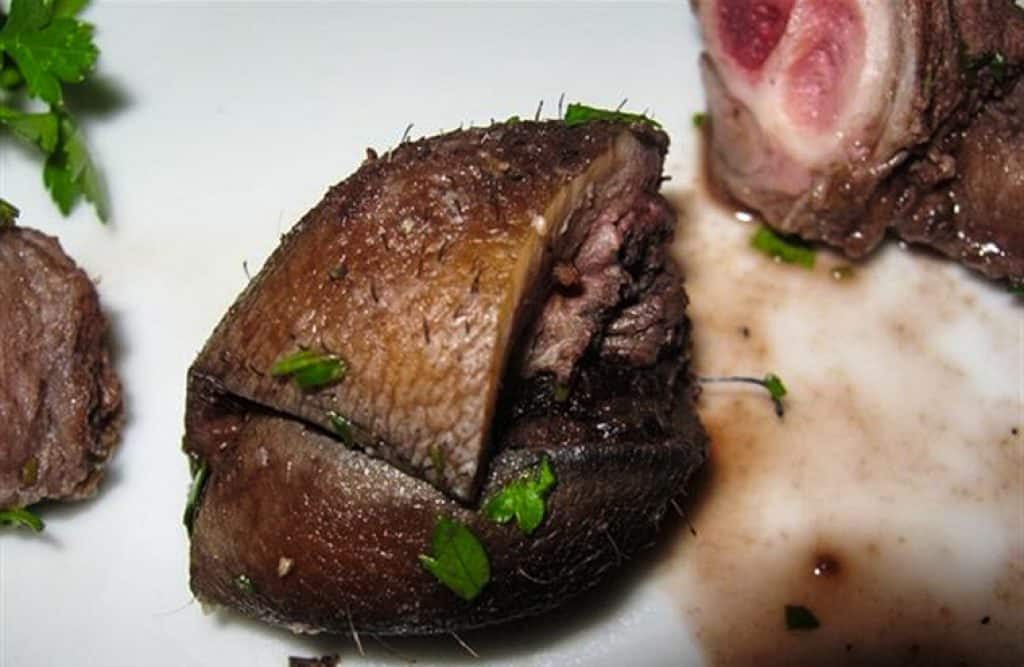 An image of Mao Sugiyama’s genitals which were served to five individuals for dinner.

Sugiyama claimed that he was trying to make an artistic statement. He is a self-described “asexual” and believed he didn’t need his genitals anymore to accomplish his life’s work. In addition to the banquet being a publicity stunt, it was a way for Sugiyama to become who he feels he really is.

He also joked that getting rid of his genitals reduced the chances of him ever being charged with “indecent exposure.”

Unfortunately, for Sugiyama, his event was considered to be an act of indecent exposure. The Mayor of Suginami was not pleased with the event nor with the publicity, it was causing. He was quoted as saying:

Many residents of Suginami and elsewhere have expressed a sense of discomfort and feeling of apprehension over this.

The Tokyo police launched an investigation and then charged Sugiyama with indecent exposure, which could have landed him in jail for up to two years.

The police tried to get a confession of guilt from Sugiyama, but the artist refused, sticking to his artistic guns and arguing that he did not violate the law in any way. Cannibalism is not illegal in Japan, and the indecent exposure charge didn’t apply because everyone who attended the event knew exactly what they were getting into.

Once the news story began to die down, so did the mayor’s anger. By February 2013, the case against Sugiyama was finally dropped.

Are you hungry yet?