Bordering on paranormal, the phenomenon of alien abduction has polarized the world in opinions and conclusions. The truth of whether or not extraterrestrials are somehow finding their way to our planet to perform strange experiments on hapless victims is possibly secondary to the mystery of the widespread accounts of such visitations. How can so many people have had encounters and yet there is little concrete evidence? The following story is about a woman, Linda Cortile, who claimed that gray aliens abducted her from her apartment in Manhattan. As is the case with all abduction stories, skeptics have labeled hers a hoax. This is the Manhattan Transfer Abduction story. 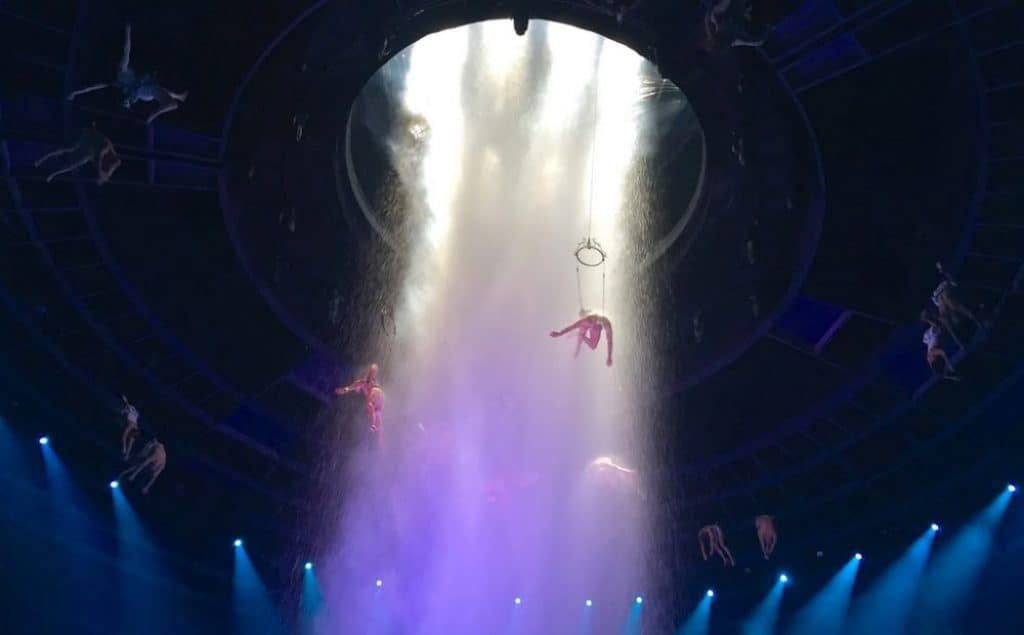 Why have so many people made claims of alien abduction? The Manhattan Transfer Abduction story is one highly publicized case. Credit: Steve Jurvetson, Flickr.

During his lifetime, Budd Elliot Hopkins became one of the world’s foremost UFO investigators. Rather than investigate close encounters, he opted to discover more about the growing reports of alien abductions. Hopkins poured so much of his curiosity into researching the phenomenon that he acquired the nickname “The Father of the Abduction Movement”. He wrote a pair of books on the subject, the second of which led to a third.

In April 1989, the 41-year-old Linda Cortile was curious about the second of these books, Intruders: The Incredible Visitations of Copley Woods, and began to read it. The more she read, the more she began putting two and two together. Thirteen years previously, she discovered a bump on her face not far from her nose. When a doctor examined this bump, he told her it was nothing more than a surgery. The only problem with this hypothesis was that no surgery had taken place. Seven months after she initially met Budd Hopkins, Linda became the center of what many people cited as the most compelling and controversial of all alien abduction cases. They called the case the Manhattan Transfer Abduction.

The Story of the Manhattan Transfer Abduction

She originally called herself Linda Cortile, but she later changed her name to Linda Napolitano. Around 3:00 am on November 30, 1989, Linda supposedly had an experience with several gray aliens. At the time, she could only recall fragments but she remembered enough to claim that she floated out of her closed bedroom window on her 12th-floor apartment into a hovering UFO.

Once onboard, the beings escorted her to a room that was likely a medical bay. There, she underwent an examination. With selected parts of the event not immediately available to her, Hopkins decided to try hypnotic regression. These sessions took place over the course of much of the following year. Along with her original memories, these sessions filled in many blanks of a standard abduction experience. What makes the Manhattan Transfer Abduction experience stand out from almost every other one was what happened just over a year after the abduction.

Hopkins received apparent confirmation from two additional witnesses. A letter arrived in the post from two men called Richard and Dan. Even though the letter corroborated the reports Linda made, Hopkins did have some doubts over the pair. Wanting to know more about them, Hopkins conducted background checks on them. It turned out that both men had the same career: close quarters bodyguards. Additionally, on 30 November, both men were guarding the same man. Some people believe that man was the current United Nations Secretary-General, Javier Perez de Cuellar.

The three of them were in a limousine and were crossing the Brooklyn Bridge when they saw something that shocked them. Both bodyguards insisted that they saw a woman floating way above the ground towards a massive craft hovering nearby. If that wasn’t enough of a sight, a trio of other beings was accompanying the woman. When the four entered the craft, it headed for the East River and disappeared underwater.

Whatever took place in the middle of that November night had a profound effect on Linda and even more so on the bodyguards. Both men became more irrational and began to display psychotic behavior. Dan convinced himself that Linda had an unusual supernatural power or an extraordinary influence on other people. Dan’s borderline obsession with Linda took on a much more serious threat when he began stalking her. Things took on a strange turn on 29 April 1991, when both men inflicted a more down to earth abduction of Linda. They bundled her into their vehicle and interrogated her for several hours. All of this took place in broad daylight.

It was Dan who took on the role of the so-called bad cop; at no time did he accept Linda’s denials about the original abduction experience. The more protests she uttered, the more upset he became. Six months after the second abduction, Linda suffered a third. Dan brought Linda to a safe house in Long Island and forced her to put on a nightgown, similar to the one she wore when they saw her floating away from her apartment.

Richard was nowhere to be seen, but Linda did recall that she spotted some official paperwork from the CIA. Linda did manage to escape the house, but the foot chase ended when Dan caught up with her on a beach. Dan dunked her head into the sea more than once before Richard turned up and coaxed Dan into releasing her. Richard took Linda home. A month later, Richard turned up at her door. He told her that Dan’s obsessive behavior had become so out of control that he was actually committed to an asylum.

While all of this was taking place, Budd Hopkins received another letter in the mail. This came from a woman called Janet Trimble. She revealed that she, too, was driving across the Brooklyn Bridge at the time of the original abduction. Trimble, a retired telephone operator, assumed that the event was nothing more than a scene or filming of a scene from an upcoming science fiction film. With the addition of a fourth witness, Hopkins made the decision to go public with some of the details of the whole event.

If Cuellar had come forward publicly, he could have propelled the Cortile abduction into the stratosphere of UFO cases with credible documentation. Hopkins and Cuellar corresponded on a regular basis and, while he did confirm details, Cuellar refused to go public. Cuellar was willing to meet with Hopkins behind closed doors on the condition that Hopkins never disclose his name to the public domain.

In 2003, Linda Cortile agreed to a sit-down interview with a French magazine, La Gazette Fortéenne. During this interview, she added several new facts to her account. The main addition to the original report was the information of an undisclosed witness to the abduction. All that Cortile revealed was that the witness was a truck driver for the New York Post and had an ideal vantage point from the Brooklyn Bridge.

Today, the Linda Cortile Case website claims that there are 23 witnesses of the Manhattan Transfer Abduction case on the public record. Skeptics provide many loopholes to the story of Linda Napolitano and argue that many details of the case could be ‘too good to be true’. The apartment block that Cortile lived in was a stone’s throw from the active loading dock of the New York Post. None of the workers on duty that shift reported anything unusual at the time. That could be due to their own schedule at the time in question. A more telling fact that counts against this abduction taking place could surround Cuellar and his limousine.

Security personnel insists that transporting a dignitary such as the Secretary-General of the UN is an enormous logistical process. Security teams often prepare high ranking officials’ travel well in advance. A huge part of this is the timetables given. If the car that is transporting the Secretary-General is even a few seconds behind schedule, then UN forces would have to move in and determine what, if any, action is required. Checkpoints are also set up and used to help determine whether or not lateness is an issue.

It has been almost three decades, and the Manhattan Transfer Abduction is still causing a stir. What really happened to Linda Cortile, if anything, is a debatable mystery.