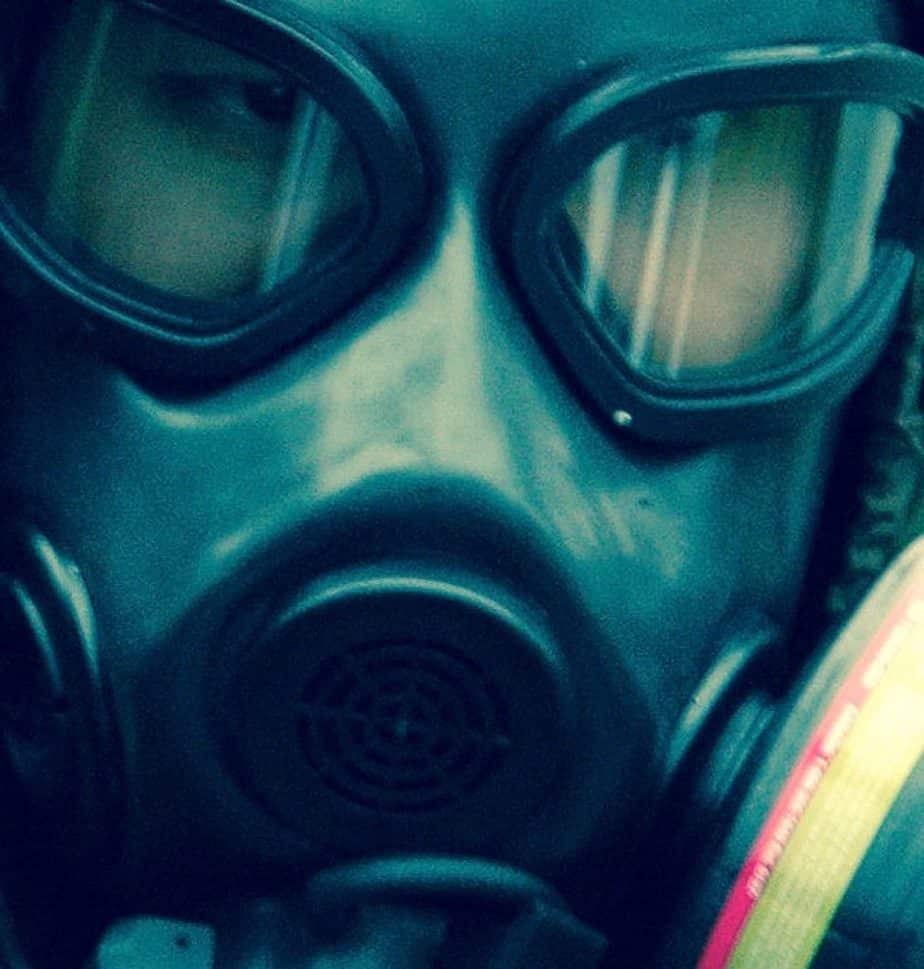 The police would like to speak to this person about his frightening appearance.

Le Loyon: From Legend to Reality

Every day for the past decade, an unknown person has been patrolling the forests of Switzerland. Without fail, this person walks an identical route through the forests and mountain trails have evolved into something of local folklore, usually spoken in whispers and stifled giggling. All this changed when a reported photo of this individual, now known as Le Loyon, was published. 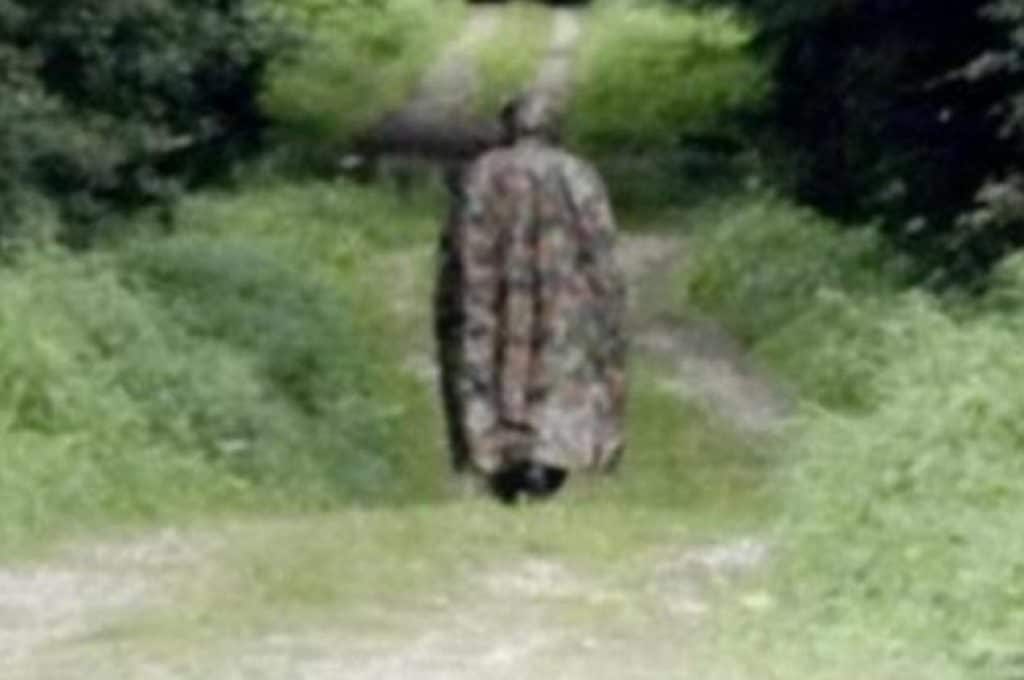 The first photo to capture the image of Le Loyon.

Multiple Theories For This Odd Behavior

All of the reports that have been made down the years say roughly the same thing; in addition to a military-style uniform, whoever this is has a long cloak or a trench coat that has witnesses and the populace torn whether this is a man or a woman. To add to the confusion, a vintage gas mask conceals this individual’s face. The general assumption that this is a man in some form. From this conclusion, different people have different ideas. Some believe that they have seen a spirit or ghost. Others reckon that this a living hermit or bushman who has done nothing more than rejecting modern life and other creature comforts. More extreme ideas can be counted among the more recent. Someone might have hedged their bets and come to the conclusion that the world is going to end soon and is making preparations to that end. Perhaps this is a woman who has a mental illness and is looking for her soulmate… in the middle of a Swiss forest wilderness. If not her, then perhaps a man with a terrible skin condition who grew tired of ridicule and withdrew from civilization only to be glimpsed occasionally.

He, or she, is a sinister looking individual that, probably unintentionally, tends to frighten anyone that comes forward as an eyewitness. Despite this reputation, there is no apparent threat or malevolent behavior towards witnesses at all. One reported sighting even went as far as making the point that flowers were in the hands of this person. Swiss police have longed sought a dialogue with whoever this is, not because a crime has been committed – or indeed is a likely outcome – but simply to inform them that their appearance is, at best, unsettling.

When the photograph was taken by the witness’s mobile phone and went viral, interest in this person hit an all-time high. Compared to sightings of the Loch Ness Monster in Scotland, this person quickly earned him/herself a suitable nickname: Le Loyon. This witness provided an account of the encounter that hindsight has determined it to be benign and passive, but at the time the witness was so disturbed by what he saw, that he chose to remain anonymous. They found themselves almost within touching distance of each other and exchanged glances before Le Loyon turned and walked away from the witness and his family. The witness took the snapshot after settling his family down. He took the photo with added care and caution, just in case. Another witness that was happy to be identified as local resident Marianne Descloux. Her encounter with this strange person took place in 2013. Descloux didn’t go into a lot of detail but did admit that the sighting was unpleasant and not something she was keen on repeating. Her description was strongly similar to many of the others but on the day of her sighting, it was raining persistently.

Even though Le Loyon has not displayed any harmful intent whenever spotted, there are some people who are not prepared to take the chance that this will never happen. Many families will no longer venture into the woods in order to reduce the risk of meeting this person and even fewer women will visit the forest alone for the same reasons.

The risk of a hunt for the beast has become too great.

As the end of 2013 approached, French website Le Matin published a suicide note that was discovered in a forest alongside Le Loyon’s trademark outfit. The note said that increased scrutiny had made suicide a much more preferential decision. Le Loyon accused “Le Matin” of murdering “a very harmless being” by revealing its existence.  The note when on to say “The risk of a hunt for the Beast” has become too great.

In closing, the note mentioned 19th-century Austrian author Sacher Masoch. Masoch entered into a relationship with Baroness Fanny Pistor that was unusual for the time. He signed a contract that compelled him to do whatever she wanted him to do. Pistor was also required to wear a fur coat whenever she felt in a cruel mood. It was this relationship that gave the world the term Masochism. Is this a clue to Le Loyon’s true identity? A lot of people don’t believe that this suicide note is a literal one but just a case that Le Loyon began to feel uncomfortable with the heightened awareness of their existence and took steps to put an end to it. No corpse was recovered at the scene.

It is inevitable that the more adventurous will actively search for this mysterious person and make efforts to solve the enigma once and for all, but is that really such a good idea? Le Loyon a firm product of the Internet and has never shown any hint of animosity towards anyone. Surely it would be best to respect their wish and just leave him or her or it alone.