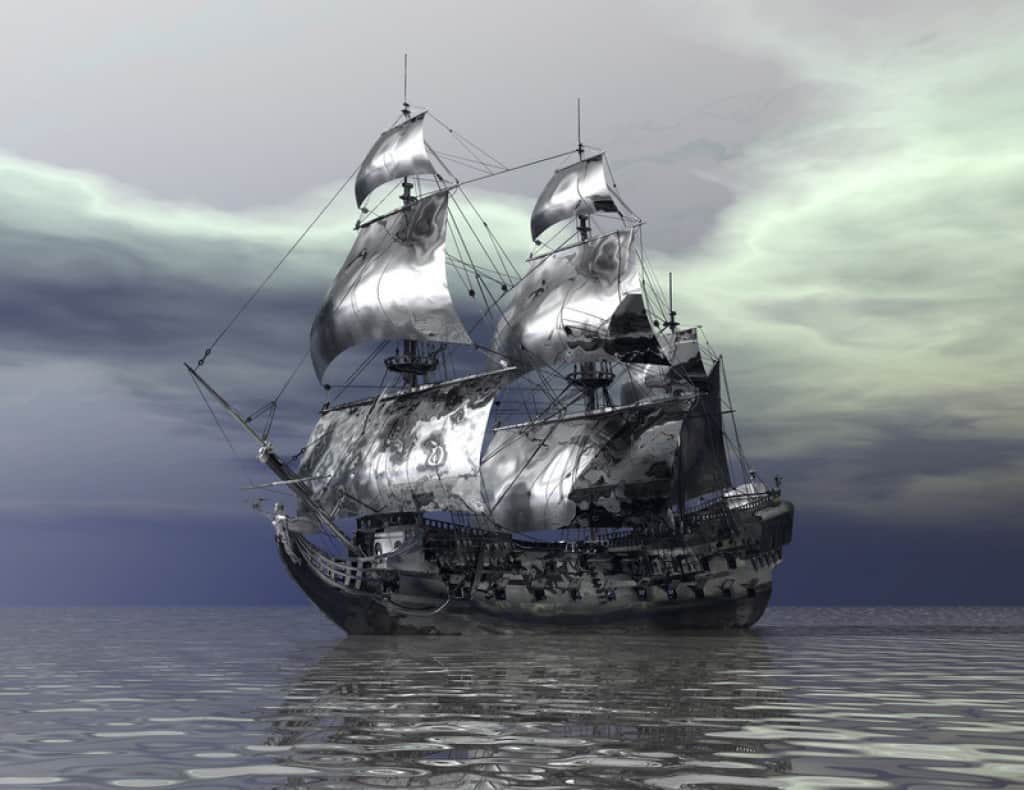 The Lady Lovibond was allegedly last sighted in 1948. Image: canstockphoto.

Across the world, many maritime personnel have held particular traditions and superstitions for centuries. Nowadays, many of these have been discounted or forgotten. Among the perennial superstitions for sailors was the allowance of women on board a vessel. Fortunately, in these more enlightened times, this is no longer the case. Back in 1748 however, beliefs such as this were rampant. Take for instance, the Schooner Lady Lovibond.

The triple-masted schooner named Lady Lovibond (occasionally referred to as Lady Luvibond) was being prepared to sail the day before St Valentine’s Day, which perhaps ominously fell on a Saturday that year. Captain Simon Reed planned a voyage along the River Thames towards the open sea and circumnavigate the Kent coast before heading out towards the sunnier climes of Portugal. Reed organized this entire trip as a honeymoon for his new bride, Annetta.

The initial evening of this voyage was very much a party atmosphere, with celebrations taking place all across the decks. With the exception of one man, First-mate John Rivers, the whole of the crew was pleased for the happy couple. Rivers actually served as Reed’s best man at the wedding ceremony. Perhaps this was the catalyst for what was to happen within several hours of the voyage beginning. Rivers became smitten by the beautiful Annetta and less than inclined to participate in the onboard festivities. Even though he likely kept his infatuation of the blushing bride a secret, he concocted a plan to get some measure of revenge. Whether or not his intentions ever became fully realized we will probably never know.

Wreck on the Goodwin Sands

Six miles off the Deal coast, not far from the Straits of Dover, is a geological feature known as the Goodwin Sands. This anomaly is approximately ten miles long and lies between 8-15 meters below the surface of the English Channel. It is reputed to have wrecked something in the region of 2000 vessels over the years. One of those victims is the Lady Lovibond. As the Lady Lovibond made its approach to Goodwin Sands, Rivers made his move. Sufficient quantities of alcohol only helped fuel his feelings of rage and envy and compelled him to sneak up behind the acting Bosun and deliver a hard blow to the back of the man’s head. With the ship at his mercy, Rivers showed none and deliberately ran the Lady Lovibond aground on the shifting sands at Goodwin.

This disaster left no survivors.

The story of the Lady Lovibond does not end there. Five decades on to the day, the story continues with James Westlake, the skipper of the Edenbridge. In his log, he recorded how his ship almost collided with another vessel with a trio of masts. This vessel, described as a schooner, came so close to the Edenbridge that sounds of a celebration were heard. The Edenbridge was not the only vessel to witness this near-miss. A fishing boat also reported a sighting of the same thing, but with additional details. The trawler’s captain added that he saw a ship continue onward almost unconcerned until it broke up shortly after. Rescue efforts to retrieve any possible survivors ended when the sandbanks remained empty and silent.

On the 13th of February and fifty years after this sighting there came another. Local residents saw a ship with three masts on its way to a collision with the Goodwin Sands. Like the Edenbridge incident, no wreckage or evidence of a collision could be found. A report made in 1898 revealed a similar incident.

Captain Bull Prestwick filed the last reported sighting in 1948. He allegedly sighted the Lady Lovibond and believed her to be a real vessel and not a ghost-ship. This was despite his admission that the vessel was giving off a strange and eerie green glow. No known report occurred in 1998 but a vast number of people, hearing about the history of these sightings, turned up with the expectation of seeing the vessel for themselves. All of these potential witnesses ended up disappointed as the Lady Lovibond herself was a no show. Nobody knows if the reported sightings were bogus, misidentified genuine ships or if the Lady Lovibond finally made peace with history.

Nobody will know for certain for at least another 33 years.