June and Jennifer Gibbons: Silent Twins and The Sound of Unspoken Words 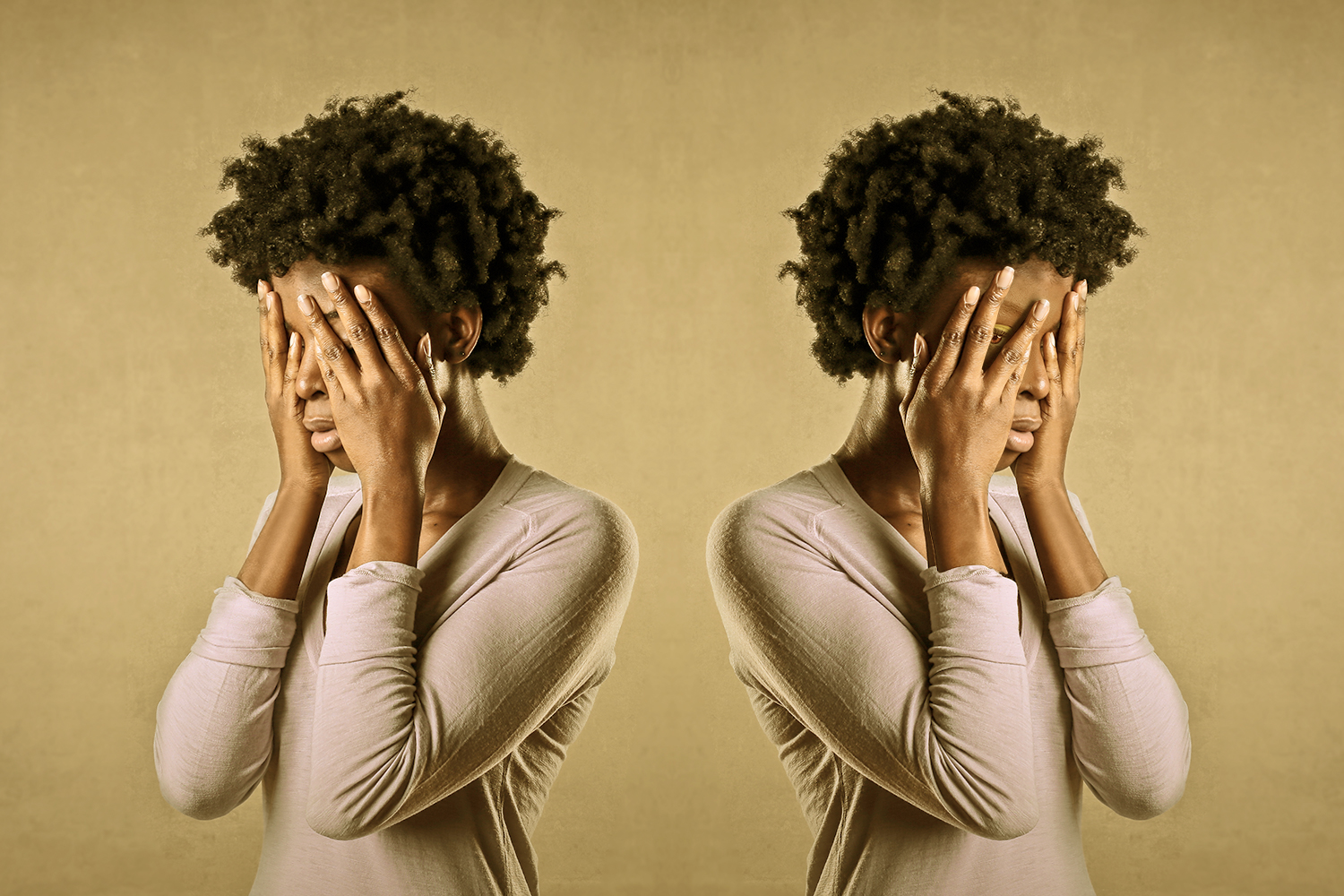 Aden, Yemen, 1963. At the city’s military hospital, Gloria and Aubrey Gibbons had just become parents of twins June and Jennifer. The twins’ relationship was a bond like no other, and what seemed to be the birth of two normal, healthy babies would soon turn into a grovel of mystery. June and Jennifer spent most of their lives in complete isolation from the outside world, synchronizing their movements and developing a secret language that they alone could understand. Over time, the two girls became known as “the silent twins” for being unwilling to communicate with anyone but each other, setting themselves apart from family, friends, teachers, and classmates.

Originally from Barbados, June and Jennifer Gibbons were born at Aden’s RAF hospital, Yemen, on April 11, 1963, where their father Aubrey was stationed as part of the Royal Air Force. Gloria Gibbons and her husband moved to the UK during the Windrush generation, hoping to provide their children with a better and more prosperous life. But despite their efforts, Aubrey’s work commitments forced the family to transfer across the country more than once, first in Devon, in 1971, and then to Pembrokeshire in 1974. They eventually settled in Haverfordwest, Wales.

It is believed that their nomadic childhood, the family’s difficulty to fit in a predominately white town, and the constant school bullying played a major role in the twins’ alienation from the outside world. In fact, it didn’t take long for Gloria to notice something unusual in the girls’ behavior – they were not shy, they had simply decided not to communicate. It seemed as if they had made a pact to not speak to anybody but each other.

In 1976, during the yearly school-sanctioned tuberculosis vaccination, medical officer John Rees noticed something strange in the Gibbons twins. Neither girl reacted to the jab, and they both showed a “doll-like” behavior as if they felt or heard nothing. Suspicious of such behavior, Dr. Rees prompted the school to alert a child psychologist, who insisted that the girls be assisted by a therapist. Despite the numerous psychiatric, psychological, and psychotherapy consultations, nobody was ever able to explain why the girls were not speaking to anybody.

A breakthrough in this mystery occurred in 1977 when Ann Treharne, a speech therapist at Withybush Hospital, was able to decipher the two girls’ secret language by recording them while they were alone. Their words were nothing but a blend of English and Bajan Creole slang, their native tongue, spoken very quickly. Treharne also noticed something very unusual in June’s behavior. It seemed as if she wanted to converse with the doctor but was being refrained by Jennifer. Despite their expressionless gaze, it seemed as if one sister was trying to dominate the other. Was June Gibbons mentally possessed?

A Passion For Writing

In an attempt to break their self-isolation, the sisters were separated and sent to two different boarding schools. But instead of breaking out of their shells and engaging with the outside world, being away from each other worsened the situation even more. June spent most of her time in bed at her residential care unit, ignoring everyone. It was not clear whether being without her sister was affecting her so much to lose herself.

After being reunited, the twins retreated even more from the rest of the world. They cut all contact with their parents and isolated themselves in their room. They began pursuing creative writing and taking courses to improve their new skill. June was even able to self-publish The Pepsi-Cola Addict, a novel about a high school teacher who seduces a young teenager. Many more tales followed the same pattern, focusing on young teenagers who committed grisly crimes. It seemed as though the sisters’ writing interests were going beyond a simple hobby, foreshadowing that something in their life was about to change.

From Books to Reality: Crimes and Sentencing

After the printing of June’s book, the sisters’ behavior took a new, unexpected turn. Having reached 18 years of age, they decided to explore the world outside their bedroom walls, experimenting with drugs and alcohol. Soon they turned to petty crime, embarking on acts of vandalism, arson, and burglary for over five weeks. They were eventually arrested in 1981 for trying to burn down Pembrokeshire Technical College and charged with 16 counts in May 1982.

The Swansea Crown Court diagnosed June and Jennifer with psychopathic personality disorder and sentenced them to be hospitalized in Broadmoor Hospital, a high-security psychiatric clinic. As of that moment, June and Jennifer Gibson were not only verbally alienated from the world, but also physically. They will remain at Broadmoor for the next 12 years, finding peace in filling out diary page after diary page.

In March 1993, after 12 years of reclusion, the twins were allowed to transfer to a lower-security clinic in Wales. As the sisters were being transported out of the facility, Jennifer, who claimed to have been feeling unwell the day before, was found unresponsive. She allegedly fell into a coma during the trip and wouldn’t wake up, and was pronounced dead due to acute myocarditis, an inflammation of the heart, rarely fatal. Although Jennifer Gibbons’ untimely death remains a mystery to this day, what happened to June after her sister’s passing was even more striking: she suddenly began to speak with people, as if she had always known them. It was as though June had no desire to stay silent anymore, and that she was finally able to regain a sense of normalcy in her life. A year after Jennifer’s death, June returned to West Wales near her parents, where she currently lives. She wrote a final poem for Jennifer, which was engraved by her resting place.

Marjorie Wallace, a journalist of The Sunday Times, played a key role in June and Jennifer’s life. She is the one who introduced the world to the story of the “silent twins”. Inspired by the girls’ minds, she began to gradually unravel the story of how the sisters had willingly trapped themselves in their silent world, becoming so heavily dependent on each other to see themselves as one entity. She regularly visited June and Jennifer at Broadmoor and was one of the very few to whom the girls felt comfortable speaking.

But underneath the laughter and light chat, Wallace discovered darkness within each twin and a deep disdain for one another. June’s diaries revealed that she felt mentally controlled by her sister like a “dark shadow”, whereas Jennifer thought of her sister as “the face of misery, deception, and murder.” It seemed like the only thing more frightening than being apart was staying together. During her last visit to Broadmoor before the twins’ release, Wallace realized that the girls had already been preparing for the tragedy that was about to hit, claiming that they already knew one of them had to die so the other could truly live.

The Gibbons’ story is a tale of endless mystery. When June was asked about their decision to stay silent for almost 30 years, she simply responded:

“We made a pact. We said we weren’t going to speak to anybody. We stopped talking altogether — only us two, in our bedroom upstairs.”

It was almost like a sinister childhood game that went out of control. Two sisters who loved and detested each other with equal passion whose relationship brought them to the depths of despair – and eventually led to their own downfall.

In 2021, Focus Features announced a film about the sisters called Silent Twins. The film is to be directed by Agnieszka Smoczynska, starring Letitia Wright (Black Panther) and Tamara Lawrance (The Long Song).

Graziana Zito is a Freelance Editor, Resume Writer, and Founder of The Grown Life, an online coaching platform for young adults. She is a long-time true crime lover, and she enjoys reading about high-profile investigations during her free time. She lived in three different countries throughout the past 9 years, and she learned a thing or two about adapting to lifestyle changes. You can follow her on LinkedIn, where she likes to engage with her audience and share meaningful content.