Is the Ice Bucket Challenge Really a Satanic Ritual?

Why has the Ice Bucket Challenge developed a sinister reputation? 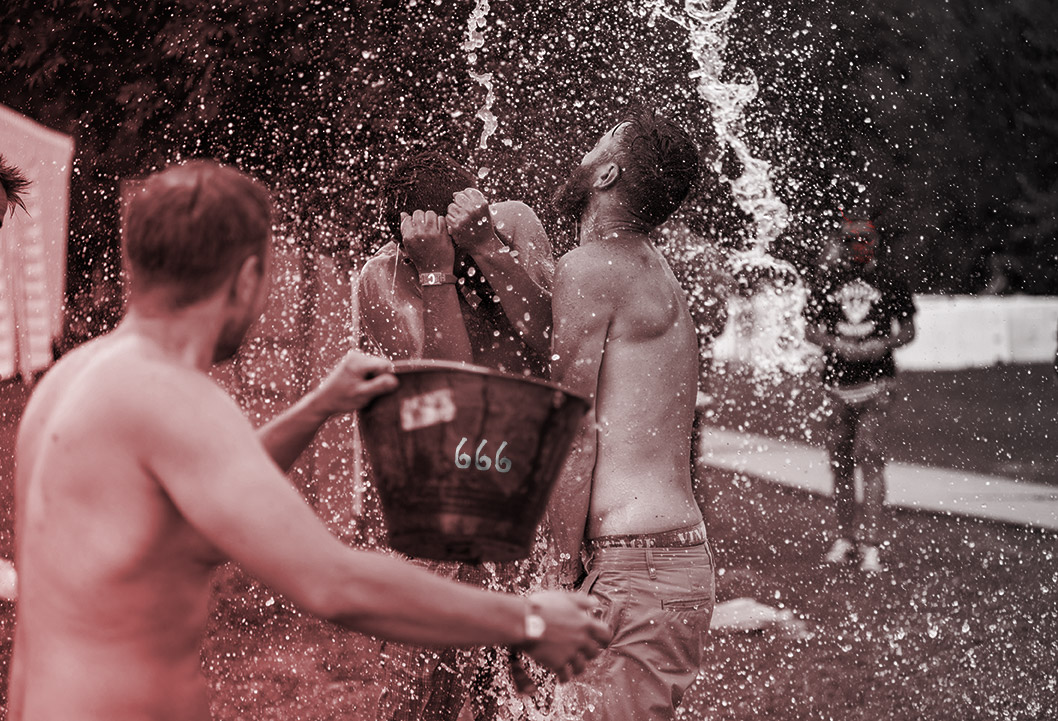 Is the ice bucket challenge influenced by demonic witchcraft?

Social media’s phenomenon of the ALS Ice Bucket Challenge (IBC) hit its peak during 2015. However, there has been a buzz about the challenge being a satanic ritual.

It’s commonly thought that the inception of this global craze began when a Boston college graduate and professional baseball player, Pete Frates, became diagnosed with Amyotrophic Lateral Sclerosis (ALS) in 2012. Two friends, Pat Quinn and Corey Griffin, are widely considered the co-creators of the challenge.

You may have heard that familiar origin story, but let’s dive into how the Satanic story originated, the connections to religion, witchcraft, and the true story behind the Ice Bucket Challenge.

What is the Ice Bucket Process?

By now, most people are acutely familiar with the popular ALS campaign. The Ice Bucket Challenge has three parts, all of which must be on video:

Origin of the “Satanism” Theory

On the face of it, the Ice Bucket Challenge does look like an innocent way to bring awareness to the ALS condition while having fun and raising money at the same time. Many celebrities have taken the challenge, including Lady Gaga, Tom Hiddleston, and Oprah. The celebrity influence might have played a part in increasing the appeal. But it seems ALS’s Ice Bucket Challenge earned itself a sinister reputation because of those same celebrities taking part, making some people suspicious of the initiative.

Something else contributed to the demonic Ice Bucket Challenge theory, the unusual death of ALS activist Corey Griffin. 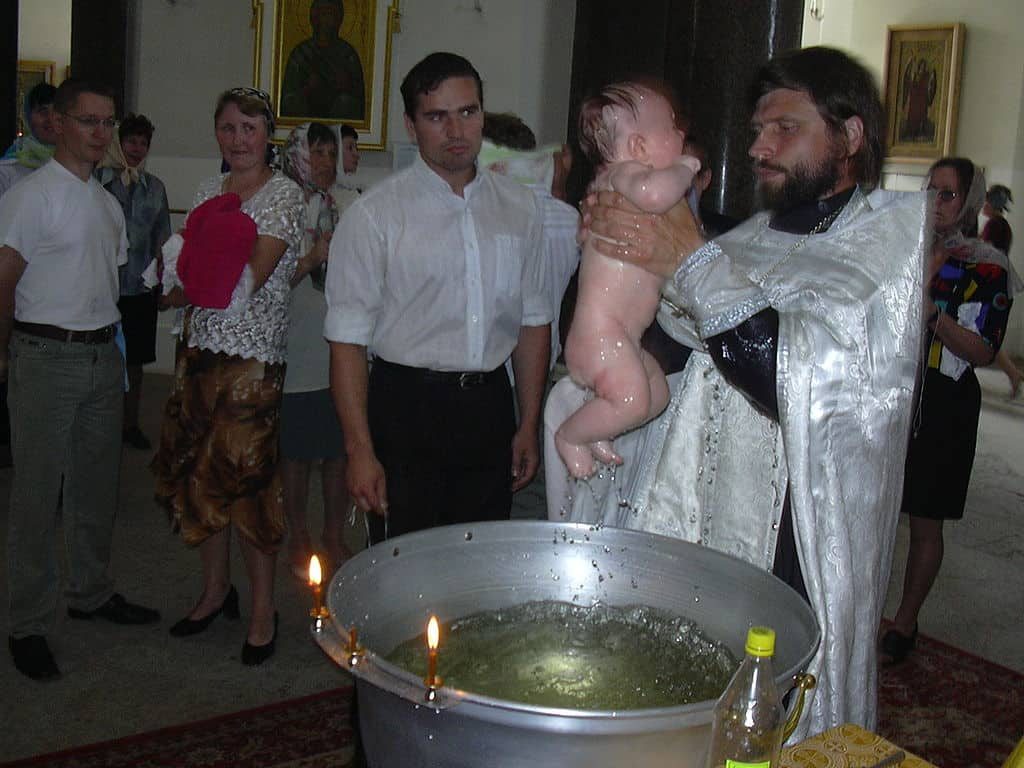 Did One of the Founders Jump to His Death?

Supporters of the theory that the Ice Bucket Challenge is a satanic ritual also point out that dabbling in things unknown can come back and have dire consequences.

One of the apparent founders of the Ice Bucket Challenge, Corey Griffin, died in a bizarre incident after an ALS fundraiser during the early hours of August 16th, 2014. Having left the event, Griffin allegedly jumped off the roof of the venue in Straight Wharf, Nantucket.

The Boston Globe reported that Griffin floated to the surface of the sea and quickly disappeared. According to the Nantucket Police Department news release, “Witness stated Griffin had jumped off the Juice Guys building, at 44 Straight Wharf, into the water where he floated to the surface. Griffin then went underwater again, not resurfacing.”

About an hour later, he was dead.

Griffin’s death was sad, seemingly out of character, and unusually timed. With his whole life still ahead of him, it seems inconceivable that he would take his own life. It is especially odd he would do so on the very night he helped raise $100,000 for ALS research.

Was Griffin being “punished” for his involvement in creating the Ice Bucket Challenge by strange forces? IBC Satanism theorists have also said they found it odd “that only the Boston Globe” reported Griffin’s passing. Given the overwhelming popularity of the Ice Bucket Challenge, his ironic death should have gathered more coverage during the frenzy of his creation.

The true story is a bit simpler than some might have you believe. Neither Frates, Quinn, or Griffin invented the fundraiser, but they did help draw widespread attention to the cause.

The challenge initially started as a cold-water challenge, until 2014 when pro-golfer Chris Kennedy took up the challenge in honor of a family member with ALS. Quinn, inspired by the charity event, spread awareness and asked his friend Frates (with minor notoriety) to get involved. Frates’s family and many friends (including Griffins) began promoting the Ice Bucket Challenge, which quickly spread across social media.

Griffen’s died at age 27 a few short months later in an unfortunate turn of events. News of his death was shared across local and national news, including ESPN, Yahoo, and NBC. Unlike what the Satanic Theorists might have you believe, it was not only reported by the Boston Globe.

Pete Frates died at age 34 in 2019, and Pat Quinn died after a seven-year battle with amyotrophic lateral sclerosis in 2020 at age 37. The origins of the Ice Bucket Challenge are much less sinister than some have proposed, but the interesting historical connections remain. 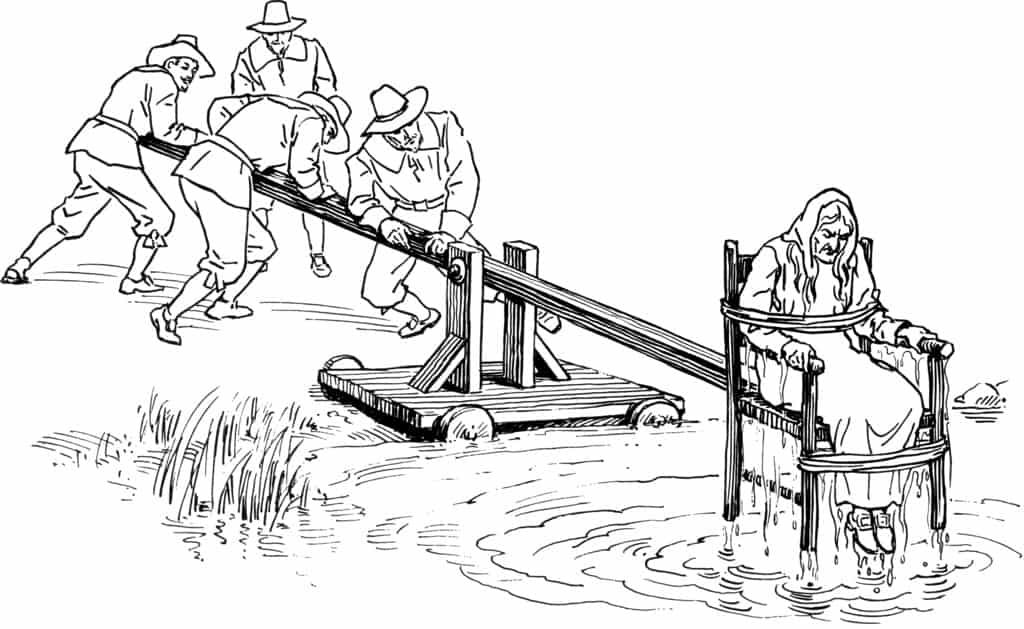 The Ice Bucket Challenge’s use of water is like the religious ritual of baptism. The baptism ceremony is part of several Christian-based religions, including Catholics, Protestants, and Jehovah’s Witnesses. Baptism is also similar to a Jewish ritual known as Tvilah. There are several baptism methods, the most popular being: sprinkled with water, has water poured directly overhead, or in some cases, immersed in a pool. Unlike Hindus, who believe in cyclical rebirth where babies are born into Hinduism, Christians use baptism as a ceremony to purify all sins and express loyalty to God’s will.

Across religions and history, the symbolism behind water has represented cleansing and purity. For an individual, being washed over with water would signify purification and revitalization both physically and spiritually. On the other hand, massive floods, flash floods, and the like would be examples of symbolic cleansing of society. Dark forces don’t use water as a tool for sanctification.

Because of the symbolic nature, it is interesting that to promote a sort of “satanic panic,” Fuentes would invoke concepts of bodily cleansing with water as a negative.

Witchcraft and the Ice Bucket Challenge

In medieval times, pagans or practicing Wiccans were considered agents of the Devil.

Demonologists of the time decided that the accused would need to attend “trial by ordeal,” a water trial. The charged subject would be tied with a rope to be retrieved and then immersed in water. Under the terms of the trial, if the accused sank in water, they were considered innocent, but if they floated, it was a sign they were in cahoots with the Devil.

The reasons varied for why a trial by water would effectively determine if the accused were a witch, although spiritual causes were most common.

Some argued that witches floated in water because they had rejected baptism, while others suggested that because water was so pure, it would repel the guilty.

Taking the Ice Bucket Challenge is a task that should not be taken lightly; the icy cold water is painful. The very thought of being drenched in cold water may not appeal to everyone. But, participating in the challenge allows one to empathize with the suffering of those who have ALS and further promote awareness of this cruel disease.

Perhaps people who genuinely buy into the concept of a satanic ritual simply don’t have the guts or empathy to face the intimidating ice-cold water.