According to Wikipedia, a Humanzee is a term used to describe a chimpanzee/human hybrid.

Genetic engineering is nothing new. Even before mankind began documenting his own history, he has been successfully crossbreeding Canis Lupus (the Grey Wolf) for centuries to create a substantial number of dog breeds. Dogs now come in all shapes and sizes and have become much more domesticated than their wild ancestors.

But why stop there? 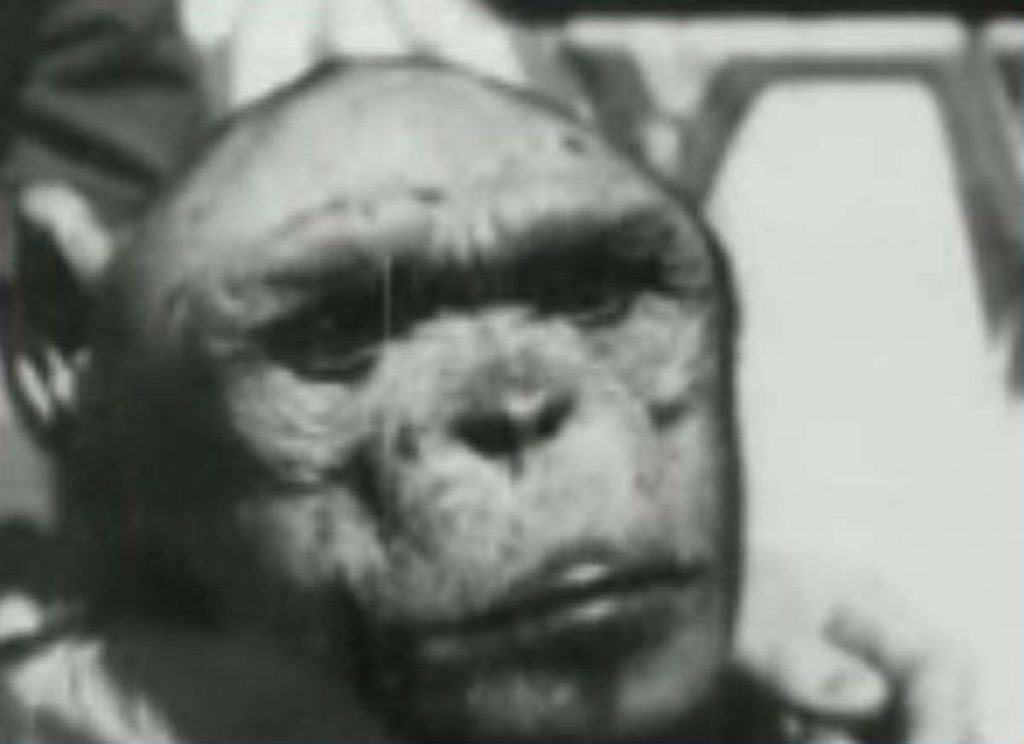 Mules are the sterile offspring between horses and donkeys. Often referred to as hybrids, Mules have the best parts of both a horse and a donkey. More patient than a horse, stronger than a donkey.  A mule exceeds the sum of its parts and surpasses both in terms of intelligent behavior. The only drawback with Mules is their infertility. Horses have 64 chromosomes – two more than a donkey – which makes Mules unable to procreate and maintain the species. Only man can maintain this population. Big cats of the wild have also been crossbred to create new animals, such as Ligers and Tigons. This only ever happens in captivity though, as Lions and Tigers are usually continents apart.

Shortly before Christmas 2005, The Scotsman newspaper revealed to the world one of the most hideous and insidious of all hybridization experiments of the 20th Century. Renowned Russian scientist Ilya Ivanov was summoned by Josef Stalin and ordered to begin work on an ambitious project to create a new style of warrior for use in armed conflict. According to Moscow’s own archives, Stalin insisted on developing a human-ape hybrid that was required to be invincible, resistant to the edibility of food eaten – which is likely to mean poisonous food or poisons in general and extreme tolerance to pain. The Politburo passed on this order to the Academy of Science in 1926, at a time when the Soviet Union was well into its crusade to ‘turn the world upside down’. Social engineering was considered to have gone hand-in-glove with the industrialization of new cities, new architecture and a new society.

Ivanov was given financial backing to the value of $200,000 directly from Stalin and instructed not to investigate the possibility of creating a human-ape hybridization, but to make one. Ivanov’s first efforts in the quest were to impregnate a female chimpanzee with human sperm. He asked for and was granted, permission to use the Pasteur Institute’s primate facility in Conakry, Guinea. Three chimpanzees were brought to this facility and each was artificially impregnated. On each occasion, the initial experiment failed.

Impregnating a Female Human by a Male Chimp

Not admitting defeat, Ivanov returned to Russia and considered trying the same experiment the other way around. Instead of impregnating chimpanzees with human sperm, he would advertise for a willing volunteer to be impregnated with Ape sperm. Astonishingly, a willing participant was found and prepared. However, Tarzan, an orangutan chosen to donate the sperm, passed away before the experiment could begin. Maybe Stalin grew impatient at this apparent lack of progress or success, as he quickly removed Ivanov from office not long afterward.

Before Ivanov passed away himself, he denied that he was attempting to create a human-ape (humanzee) super-warrior and that all of his work was geared more towards proving the theories of Charles Darwin. He had hoped that his conclusions would prove once and for all that man had descended from primates. Ivanov never believed in the accepted religious belief of creationism and wanted to prove the idea wrong. 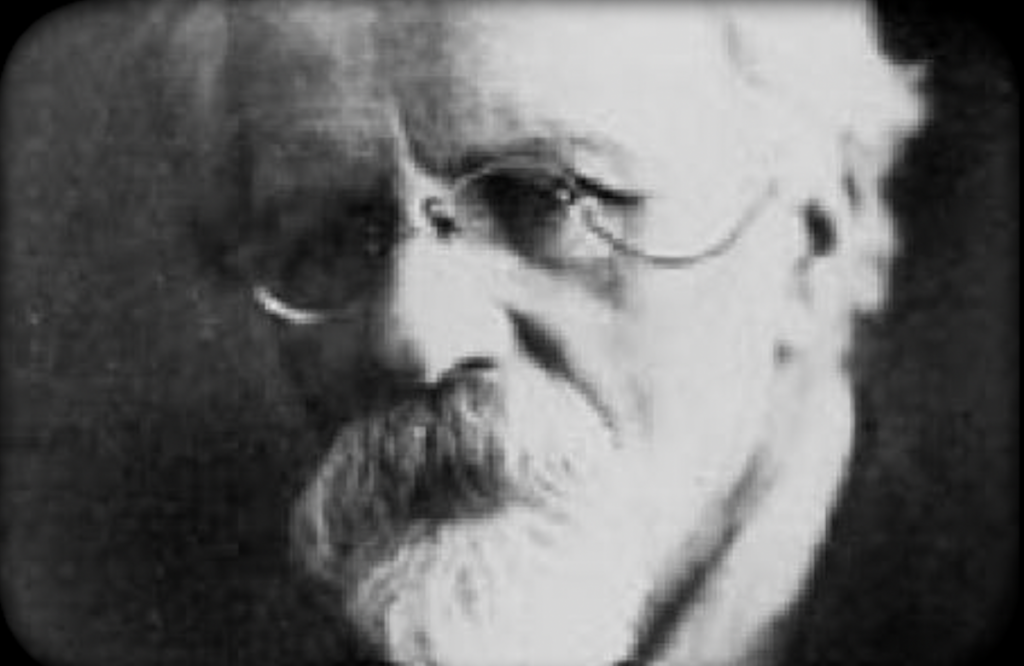 Ivanov was not alone in trying to splice human DNA to the DNA of a primate. Other work in this area resulted in Xena, a hairy ape woman that was reputedly an Abanu standing over seven feet tall. Regardless of the general opinions of both Stalin and Ivanov for their roles within the sphere of creating an army of Humanzee soldiers, the work of American Dr. Robert White must rate as even more grotesque.

In 1970, White conducted experiments on chimpanzees that would make even Dr. Moreau protest strongly. White eventually managed to transplant the head of one chimpanzee onto the body of another. In order to transplant craniums, it was necessary to sever the poor animal’s spine at the base of the neck, leaving the chimpanzee paralyzed from the neck down. After surgery, the cranial nerves that remained intact within the brain were fed by the circulatory system in the new body, meaning that the chimpanzee would still have the majority of the senses and be able to visually track objects with its eyes. Even though White was a very well-liked teacher at Case Western Reserve University and a surgeon of some renown, many referred to White as Dr. Butcher. His work on transplanting heads was described as barbaric.

A decade before Dr. White become infamous, one of several primates imported from Africa to the USA was different from the rest. Trainers Frank and Janet Berger noticed that this chimp, named Oliver, had a flattened face and walked upright with both knees locked. Oliver never got along with the rest of the imports and when he came of age had precious little interest in other female chimpanzees. Oliver was said to have had a stronger preference for human women instead. News of Oliver’s tendencies reached the Los Angeles Times who, towards the end of the 1970s, wrote an article all about him.

It was postulated that Oliver was either an undiscovered species or the mythical missing link. As a direct result of this, Japan invited Oliver to appear on national television and began a series of tests to determine if Oliver was really a living hybridization of human and primate. When testing was done, Oliver was found to have 48 chromosomes and was classified as a chimpanzee. Oliver eventually retired to Primarily Primates, an animal sanctuary.

An early photo of Oliver.

The idea of a Humanzee is nothing new if we are to believe an 11th Century report. In this story, entitled De bono religiosi status et variorum animatium tropolagia, a local noble by the name of Count Gulielmus had a pet ape and shared nuptials with a raving nymphomaniac. The affections of the Countess knew no bounds and before too long, the ape became an object of her desires. This ape quickly shared a common emotion with humanity when it became intensely jealous that the Count also had feelings for the Countess. This jealousy boiled over into a savage and fatal attack on the Count.

A modern Humanzee, if such a thing is possible, is more likely to act and behave as the Silver Back Gorilla featured in the episode of Jonathan Creek called ‘The House of Monkeys’, which is able to use the bathroom unaided and unsupervised. Not what Stalin had envisioned all those years ago, but a step in the right direction. Isn’t it?

The Haunting Story of Resurrection Mary