A picture of the Highgate cemetery (East). Image credit: wikipedia.

Where is Highgate Cemetery?

Highgate Cemetery first opened for business way back in 1839 and can be found in Highgate Hill, a leafy suburb of North London. The cemetery covers an area of approximately 37 acres and is perhaps widely known as the final resting place of Karl Marx. For much of the last several decades, the state of the cemetery has decayed considerably. So much so, that parts of it are now closed to the public and have completely overgrown.

Highgate Cemetery has almost become synonymous with the paranormal and unexplained. From the moment that it first opened, there have been stories of strange events and bizarre happenings. One early report concerns Elizabeth Siddal. Ms. Siddal was the wife of renowned Victorian artist Dante Gabriel Rossetti. She was interred there in 1862 and buried with a book of poems from the grieving widower. Several years afterward, Rossetti felt that he wanted the book returned to him. He asked for and obtained permission to exhume the coffin. To the astonishment of all present, Ms. Siddal’s uncorrupted remains had ‘luxuriant copper-colored hair that filled the entire coffin’.

As the 1960s closed, reports began to emerge of suspicious activity in the local press. Strange sightings and peculiar events were happening along Swain Lane. Swain Lane intersects Highgate Cemetery and has a 15 foot (2.5m) high wall on either side of the street. Many of these early reports were of a tall dark figure that disappeared through one of these high walls. The National Press only took notice when these reports turned violent. Whoever, or whatever, this was began to target lone passers-by late at night.

A tall figure dressed in dark clothing but with a deathly white complexion knocked a young woman to the ground. An oncoming car caught this figure in the beams of its headlights, who promptly vanished. The victim became understandably shaken to her core, but unhurt aside from grazing to her knees and elbows. Police investigated, but found no real evidence of an attack and could not identify any suspect. Nobody was able to adequately explain how anyone could vanish so quickly and completely from Swain Lane.

An unnamed accountant experience an even more terrifying encounter. He had the misfortune to find himself lost in the infamous Swain Lane when he got the uncomfortable feeling that he was being watched. He wasn’t wrong. A couple of meters behind him stood a tall spectral entity that hovered above the ground. Unable to move, the man passed out for a period of time. When he regained consciousness, he was alone and able to move normally.

David Farrant and the Highgate Vampire 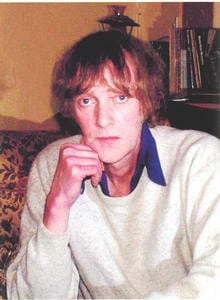 David Farrant is perhaps the leading authority on the Highgate Vampire. A founding member of the British Psychic and Occult Society (BPOS), he was one of the first to conduct an investigation into whatever was going on. Farrant is a firm believer that if such a thing as a vampire exists, then it is an earth-bound spirit that has the ability to attack the living on a psychic level. The whole Bela Lugosi image of a smartly dressed peer of the realm is a totally misguided one.

It didn’t take long for the Highgate Vampire to take an interest in Farrant himself. On the night of the Winter Solstice 21 December 1969 – at about 11 PM, Farrant noticed that a 7-foot tall dark silhouette fixed a malignant gaze on him. In Farrant’s own words: it was a psychic attack. He was able to look away for a second. In that second, the figure disappeared.

A Seance in the Cemetery Catacombs

If this appearance was an attempt at intimidation, then it failed miserably. Farrant invited a dozen other members of BPOS to conduct a séance deep inside the catacombs of the cemetery. They drew two concentric circles and a medium, Jessie Stone, sat in the center of them. For the next hour, Stone came under a psychic bombardment from a malignant supernatural force that only stopped when they broke the circle. Stone reported a tightening of her throat, spirits moving all around her but unable to do anything about it. She described it as an understandable experience but would not be doing it again.

News of the séance made it to the media. Scores of people descended on the cemetery and many succumbed to paranoia and primal fear. They damaged or destroyed graves, removed corpses from their resting places and staked and beheaded them. The carnage was so bad that police charged Farrant with wilful destruction and pursued a successful prosecution. Farrant served a three-year prison sentence, despite his assertion that Highgate Cemetery was a haven for Satanists and Occultists that practiced dark arts.

David Farrant still maintains that the spirit is still lurking somewhere within Highgate Cemetery but is adamant that he has no desire to go back there.

Dibbuk Box: The Story of a Possessed Wine Cabinet

The Mysterious Death of Elisa Lam at the...

How the Ouija Board Got its Sinister Reputation

Five Ouija Board Stories That Will Creep You...