Do You See the Hovering Ship? 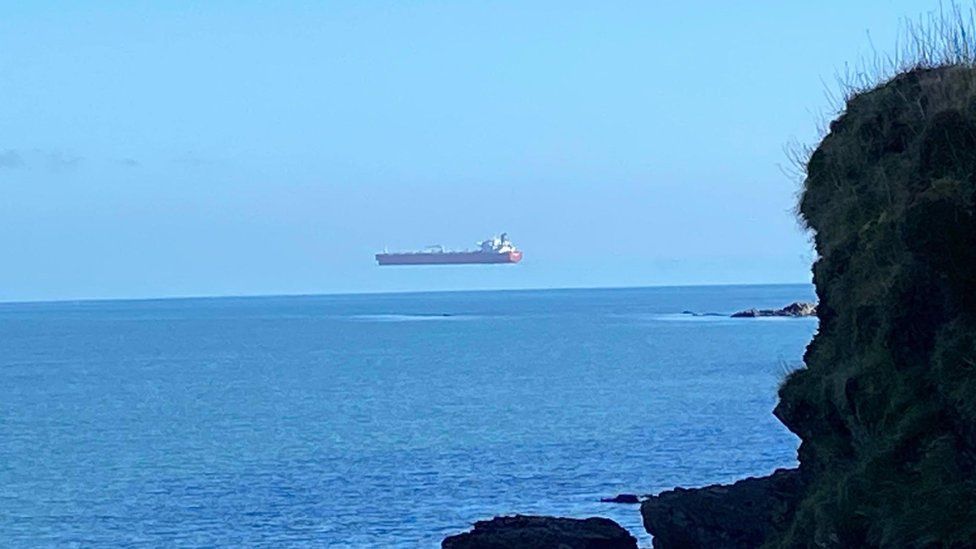 DAVID MORRIS/APEX image captionDavid Morris took the photographs from the hamlet of Gillan, near Falmouth

Photos taken today appear to show a huge ship hovering above the water. What’s going on? That’s what David Morris thought when he captured the amazing image.

The photo taken near Falmouth in Cornwall, shows a giant ship floating above the water—an amazing illusion.

BBC News first reported this describing the effect as Superior Mirage. BBC meteorologist, David Braine, explains how the illusion works: “Superior mirages occur because of the weather condition known as a temperature inversion, where cold air lies close to the sea with warmer air above it.”

While this event rarely outside of the artic, when it does, it’s pretty stunning. A superior mirage occurs when the air below someone’s line of sight is colder than the air above it. The light rays are bent down, and so the image appears above the true object, in this case the ship, hence the name superior.