What would you do if your body suddenly transformed into a ghastly image before your own eyes? Even more, there was no way to stop the change or reverse it? This is the story of Tree Man Dede Koswara who was diagnosed with a rare and troubling disease. 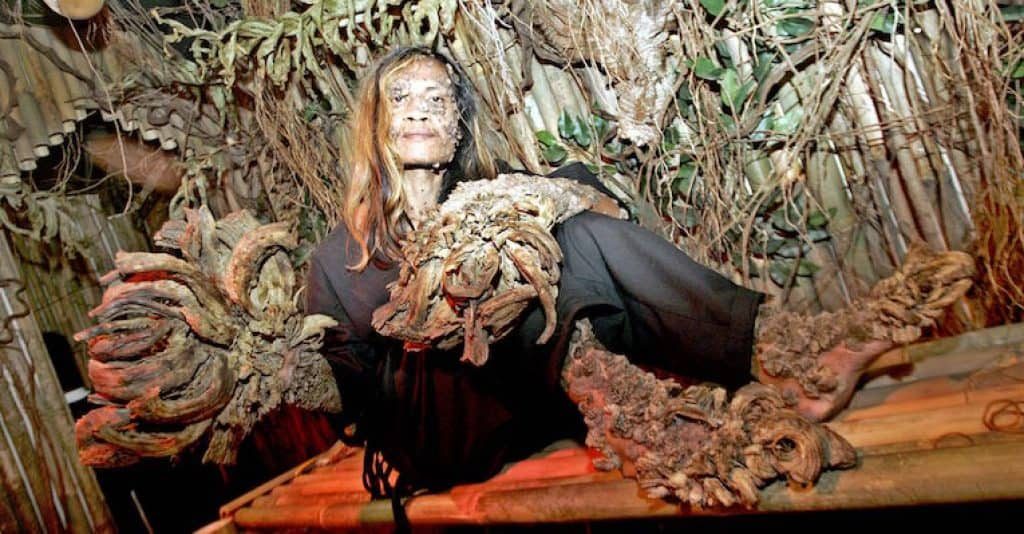 Dede Koswara is known as the Tree Man of Indonesia. Image credit: Barcroft

Dede Koswara is just a fisherman from Indonesia, but he is known all over the world. At some point during his youth, he scraped his knee, and so began his lifelong struggles as the world’s most famous tree man. After his accident, his body became covered with abnormal growths that were especially prominent on his hands and feet. Because of the root-like growths on his extremities and the bark-like patches on the rest of his skin, his condition caused him to become known as “Tree Man.” His body is incapable of stopping the development of the growths, so they become larger with time.

Dede suffers from a rare disease known as Epidermodysplasia verruciformis also known as Lewandowsky-Lutz dysplasia. This disease is a hereditary autosomal recessive skin disorder. As a result of the disease, Dede has a heightened susceptibility to human papillomaviruses. Also known as HPV, these conditions are very easy for the common person to contract. It has been said that up to 80 percent of people may be infected with a virus without showing symptoms. There are 200 types of HPV, and the most common symptom is a simple wart. For Dede, this “simple” symptom is experienced tenfold. As the hands and feet are particularly vulnerable to HPV, the “roots” of his condition have grown especially large in these areas.

The result of his uncontrolled HPV infection causes the growth of scaly macules and papules over his body. Most people experience flat, scaly macules on the face and neck with lesions on the hands and extremities. The benign form of epidermodysplasia verruciformis presents just these flat warts, but there is a malignant form of the disease that results in increased skin lesions and the development of cutaneous tumors. For over 20 years, Dede’s case has confused and intrigued doctors and scientists, but no one has been able to completely cure it yet. 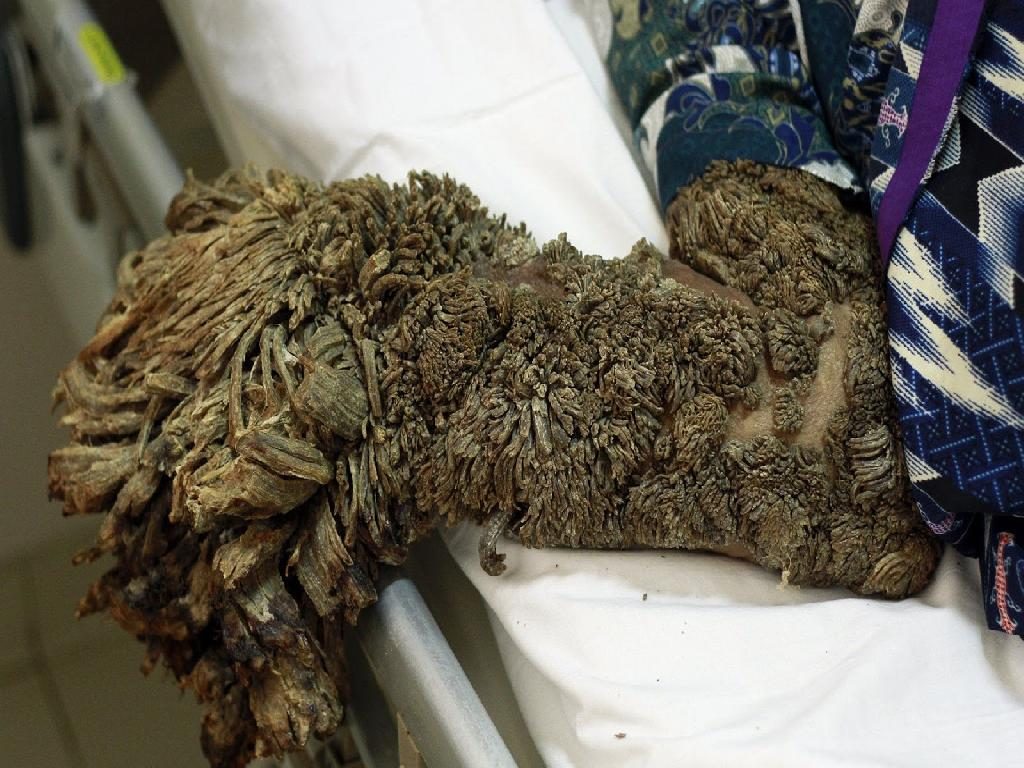 A close up of the Tree Man’s right arm.

Through much research, trial and error, many treatments have been applied to help his condition, but no significant and long-lasting treatment against this disease has been found. In 2008, Dede had surgery to remove 13 pounds of warts from his body. The surgery consisted of:

About 95 percent of warts on his body were removed, but they eventually returned. Based on his outcome, it was estimated that he would need at least two surgeries per year for the rest of his life to keep the growths down. A blood analysis showed that he lacked an antigen in his immune system to fight yeast infections. He was offered to have tests to determine if this was treatable, but he declined.

In 2011, Dede had another series of improved surgeries to remove warts that developed after his initial procedures. This has shown to be only a temporary solution as warts grow back every time. Another man from Indonesia was found in 2009 to have the same disease as Dede Koswara, showing that the condition may not be as rare as once believed.

Mao Sugiyama: The Man Who Served His Genitals For Dinner