The civilization of the country of Greece is ancient and well-recorded. Some of its early architecture and artifacts are still able to be seen and enjoyed today. But as with anything that old, there are bound to be stories of abnormalities. On Mount Pendeli, near Athens, lies a cave now known as the Cave of Pendeli, the Davelis Cave, or the Ntavelis’s Cave.

Tales of strange goings-on have been circulating for centuries, but it is only in the last few decades that serious investigation has taken place. 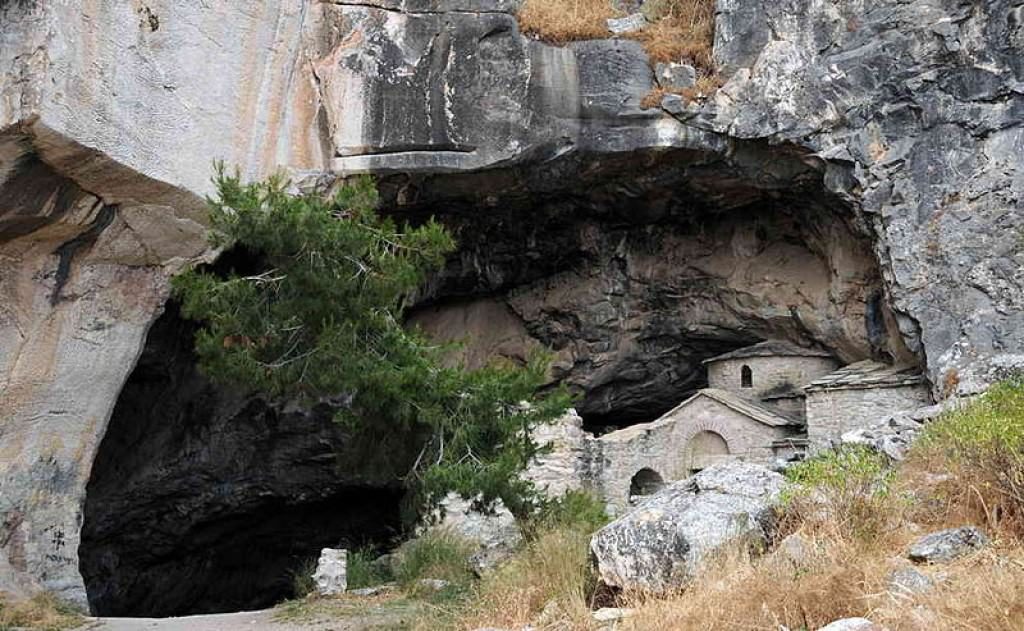 A Site to Worship Pan

The cave itself actually consists of a network of tunnels under the mountain. One of the tunnels leads to a clearing with a small pond of water, and there remains evidence that this site was once used in the worship of the Greek god Pan, the part-human/part-goat patron of shepherds.

A Hide Out for Ntavelis and his Bandits

In the 1800s, the cave was the hideout of a group of bandits led by a man named Ntavelis (hence the name of the place), but since his death, it has been a spot linked to inexplicable paranormal events.

Natives have long stated that the cave has been the site of common ghostly phenomena such as glowing orbs and vague forms of human figures consisting of mists and shadows. There have even been a few reports of strange creatures resembling sheep that disappear when approached. Cameras cease to function in places within the caves. In other parts, photographs show odd shapes and figures not seen when the photo was taken.

At one point in the 1980s, the Cave of Pendeli was suddenly closed off to the public and became the site of a government effort to expand the existing natural tunnels. It was never made clear just which government agencies were involved. However, it is rumored that NATO was at the helm. As was discovered later, the government task force did use explosives and heavy machinery to dig further into the mountain’s base.

But the reasons behind the activity was never made public. Strangely, this government activity stopped very suddenly in mid-effort. Newly-made tunnels stopped at dead-end cave walls and old tunnels were sealed off for some unknown reason. Some of the heavy digging equipment was abandoned inside the cave. Whatever the government was interested in, it became more important that the effort stop quickly. Strangely, along with the government’s equipment, a cache of cancer treatment drugs was found in the cave after the government left.

Paranormal enthusiasts began investigating again and were surprised at what they found. In one instance, a line of footprints was pressed into a new cement floor that leads to a closed-off enclosure in one of the tunnels. The footprints just went up to the cave wall and stopped. No footprints led back out of the enclosure. It appeared that the person who left the imprints went directly through the cave’s stone walls. 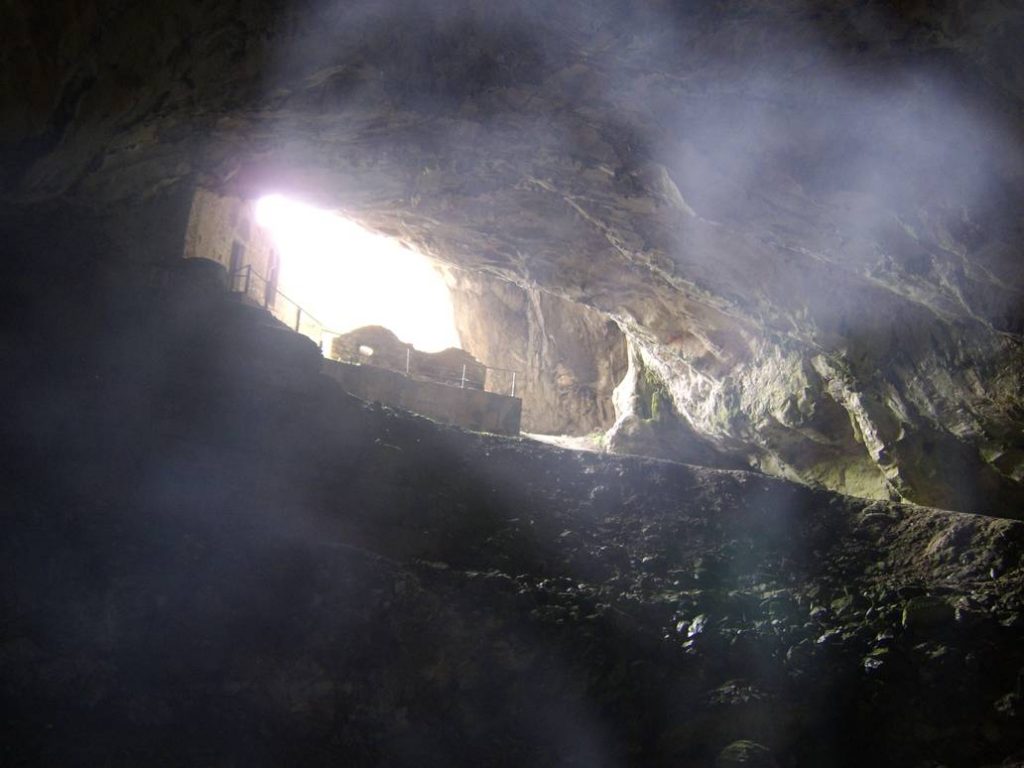 A mist in the cave. Image: DeviantArt

One time a doll was found on the nearly impassable mountainside near the cave’s entrance and was eventually retrieved. The next morning, an identical second doll was found in the exact same location.

Other unexplained phenomena include the presence of ozone near the entrance to the cave. There are reports of tire tracks going up impossibly steep slopes, and abandoned cars and objects that appear to roll uphill.

And there are many stories about the cave explorers themselves. Some investigators of the cave become severely disoriented and unsure of where they are or how long they were in the cave. In fact, some people who went into the cave have never been seen again. It is suspected they got lost in the maze of tunnels.

The site today draws curious tourists, New Age practitioners and, reportedly, Satanist cults. Remnants of possible animal sacrifices are occasionally found. But the true history of the Davelis cave and its current paranormal reputation have yet to be fully investigated.

Sources:
Hell House & Other True Hauntings Form Around the World

The Concept of Synchronicity