The Concept of Synchronicity

We’ve all done it. Think of a song or album track from a particular artist or group and then have it playing on the radio or TV when its turned on; the phone rings and instinct reveals who is calling without the need for caller ID; or an old school friend, not heard from since school, is brought back into memory just hours before bumping into them.

Meaningful coincidence, or synchronicity, was a concept first coined by Carl Jung almost a century ago. What exactly is it though? There are those who insist that its simply the law of averages at work. Others believe that its a basic form of clairvoyance that acts much like a virus, lasting just a few seconds or so. More exotic explanations include someone, or something, providing an external stimulus in order to shape events to a predicted outcome or conclusion. 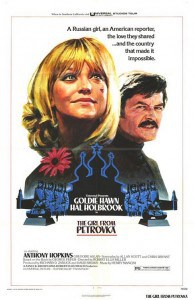 Movie poster of The Girl from Petrovka

Whatever the cause behind these events, there are some that make headlines. Probably the most famous example surrounded the D-Day plans at the end of the Second World War, in which code words relating the operation appeared in a newspaper crossword in the build up to the operation itself. MI5 were alerted and conducted interrogations with the compiler before being satisfied it was purely a coincidence.

In the early 1970s, a film version of The Girl from Petrovka was being cast which was based on a book by George Feifer. After signing a contract for one of the lead roles, actor Anthony Hopkins decided to purchase a copy of the book for research purposes. Unable to find one in London’s many bookshops, he departed for home. At Leicester Square Underground station, he found a discarded book which turned out to be the very one he needed. Hopkins didn’t take a lot of notice of the hand written notes in the margins. The following year on set, Hopkins met with Feifer and discovered that the author no longer had a copy of his book since he lent it to a friend who lost it on a visit to London.