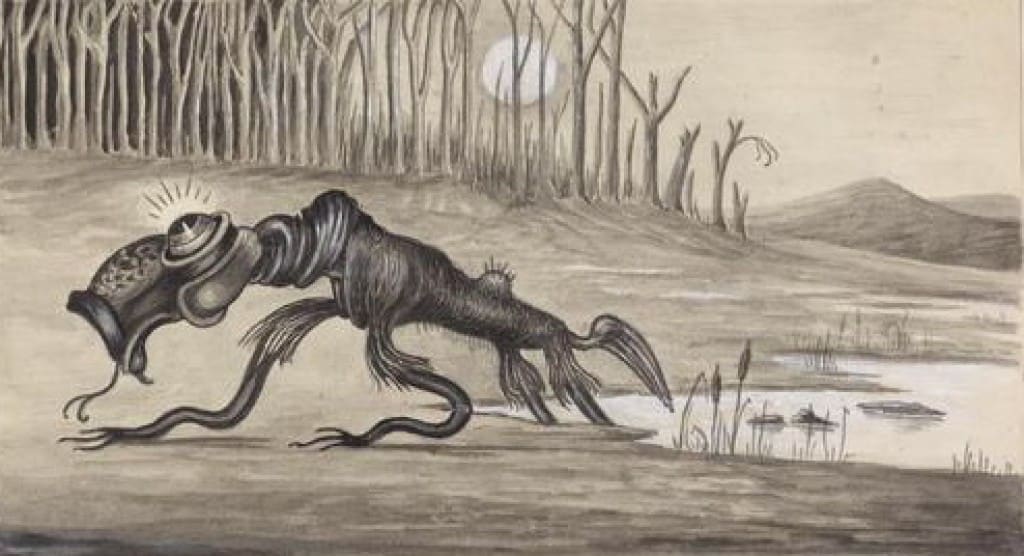 An unknown artist depiction of the Bunyip (1935).

Australia is home to the deadliest animals on Earth. The wildlands host infamous insects and the seas feature toxic jellyfish and the like. One would think that a continent with so many hazards would not need to add mysterious cryptids to the list of dangers. One would be wrong.

Written records going back to times when the first European explorers and settlers arrived mention the belief by the Aborigines in a unique animal known as the Bunyip. The word “Bunyip” translates to “devil” or “evil spirit” in the Wemba Wemba Aborigine language.

As with most cryptids, descriptions of the animal’s behavior vary widely. One school of thought believes that the Bunyip is a dangerous cryptid that devours helpless humans. Other stories report the exact opposite: the creature is a peaceful creature that lives mostly in the waters in and around Australia and eats plants and is shy of humans.

The physical descriptions of the Bunyip are also contradictory. Some reports describe the animal as having a dog-like face, flippers and long hair, tusks, and a tail. Other sources claim the Bunyip has scales or feathers and a mane like a horse. Many report that it emits a terrifying cry that shatters the otherwise peaceful Australian countryside.

What is a Bunyip?

An 1845 newspaper article may have provided the best description of the creature to date:

The Bunyip, then, is represented as uniting the characteristics of a bird and of an alligator. It has a head resembling an emu, with a long bill, at the extremity of which is a transverse projection on each side, with serrated edges like the bone of the stingray. Its body and legs partake of the nature of the alligator. The hind legs are remarkably thick and strong, and the forelegs are much longer, but still of great strength. The extremities are furnished with long claws, but the (natives) say its usual method of killing its prey is by hugging it to death. When in the water it swims like a frog, and when on shore it walks on its hind legs with its head erect, in which position it measures twelve or thirteen feet in height. 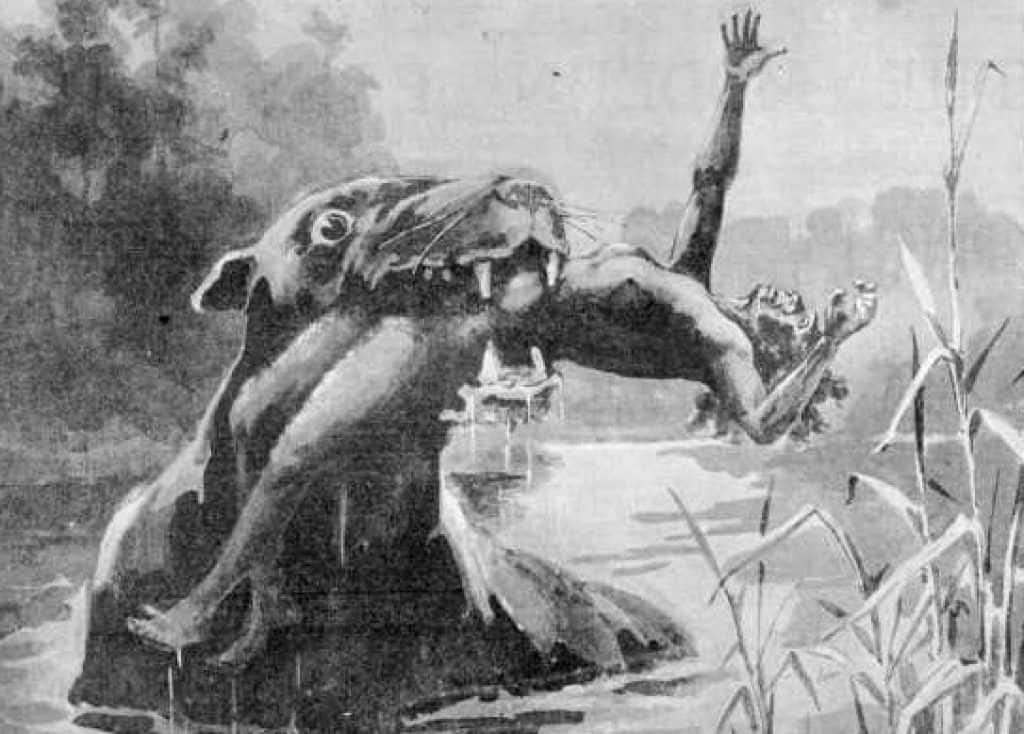 Sightings of the creature are reported throughout Australia. These sightings usually are near large bodies of water, but the Bunyip seems to be at home on land or in the water.

No Bunyip has ever been captured, but some fossils and skeletal remains were allegedly found in the 1800s. These discoveries yielded no definitive conclusions. Additionally, a “Bunyip skull” discovered in 1846 is now believed to be that of a deformed horse or cow. But this hasn’t stopped researchers from investigating the possibility of the creature’s existence and origins.

Some have noted the similarities of the Bunyip’s description to an animal known as the Diprotodon, which is believed to have died out thousands of years ago. The Diprotodon looked something like a rhinoceros and was amphibious. Others wonder if the tales of the Bunyip have their origin in the appearance of some kind of seal–especially as Aborigines living deep in Australia may not have seen a seal, which lives primarily in the oceans. Perhaps they are some kind of seal that has evolved over time to live in the inland waters. Seals eat neither humans nor plants, though.

Recent sightings are scarce. The last true documented sighting may be more than a hundred years old. This long absence of sightings hasn’t deterred amateur researchers and hunters to continue the quest to capture a Bunyip.