Their vision for a more just society is not totally crazy. 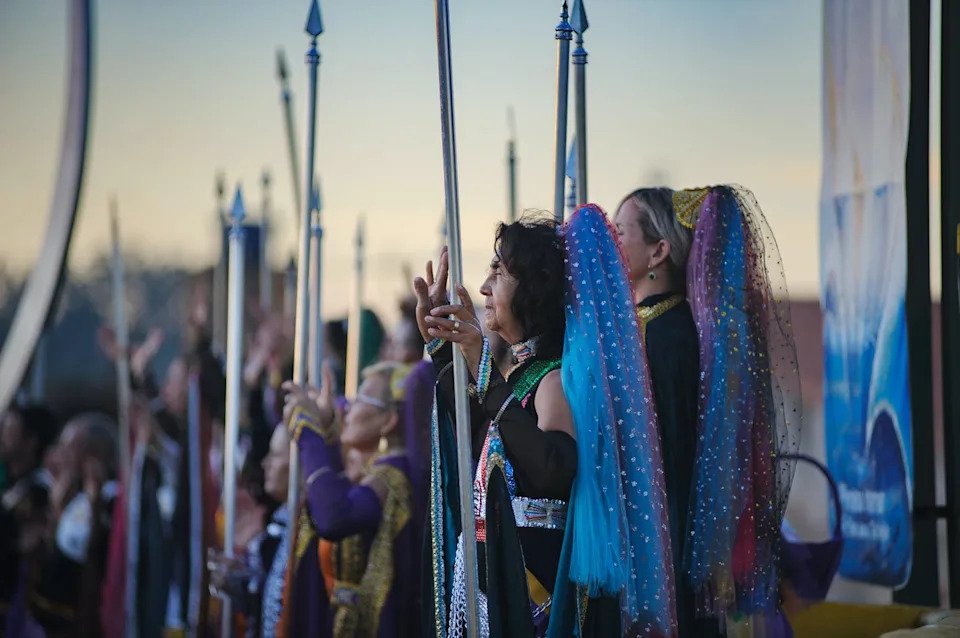 Every May 1, before sunrise, several thousand members of the religion known as the Valley of the Dawn gather in silence at a temple outside the Brazilian capital of Brasília. They come from around the world to “synchronize their spiritual energies.”

As the Sun’s first rays appear over the horizon, the members, in fairy-tale-like garments, chant their personal “emissions” – a ritual invocation of cosmic forces that fills the air with a collective drone.

Valley of the Dawn adherents “manipulate” cosmic energies to heal themselves and others. They describe themselves as members of a spiritual tribe called the Jaguars, who are the reincarnated descendants of highly advanced extraterrestrials sent by God some 32,000 years ago to jump-start human evolution.

Normally, the May 1 Day of the Indoctrinator ceremony attracts Jaguars from across the globe, as well as spectators and journalists.

This year, the ceremony has been postponed because of the coronavirus – dismaying Valley of the Dawn members, who believe their spiritual force field could really help in this global crisis.

The Valley of the Dawn’s beliefs are fantastical, but their practices may be less otherworldly than bemused journalists have often suggested. My scholarship on Brazilian religions and research at the Valley of the Dawn finds that some of the group’s rituals speak directly to the harsh realities of the modern world. 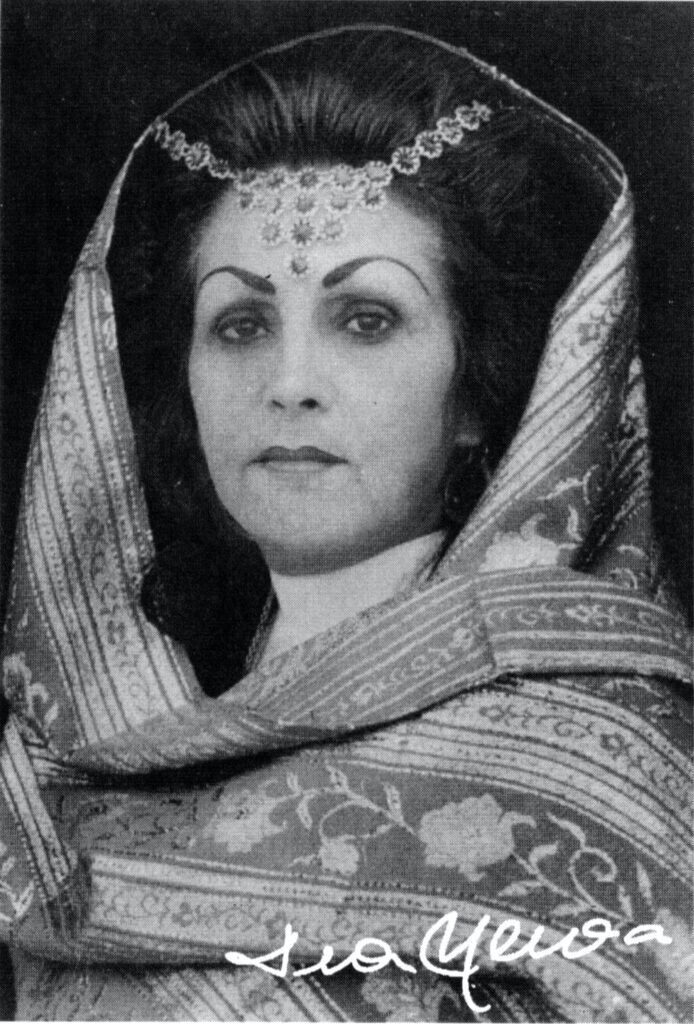 Jaguars past and present

Valley of the Dawn, called Vale do Amanhecer in Portuguese, is a recognized religion in Brazil. It has over 700 affiliated temples worldwide and nearly 139,000 registered members.

According to Valley of the Dawn doctrine, the Jaguars inspired some of humanity’s greatest achievements, including the great pyramids of ancient Egypt and Mesoamerica, before eventually straying from their mission.

Their spiritual tribe was reunited in Brazil in 1964 by a woman called Aunt Neiva, who foresaw the world as we know it ending within decades.

My research indicates that Valley of the Dawn members are mostly middle- and working-class Brazilians, of all races. Many live in the town that has grown up around the Mother Temple; others travel there for ceremonies.

To redeem the bad karma they believe they have accrued over the millennia, Valley of the Dawn members perform spirit-healing rituals called “trabalhos,” or works. These are offered to the public at the Mother Temple nearly 24 hours a day, 365 days a year.

In Brazil, which has hundreds of spirit-based religions, such healing is widely accepted.

According to anthropologist Emily Pierini, who has studied spirit healing at the Valley of the Dawn, thousands of Brazilians suffering from health problems, mental illness, grief or addiction visit the Valley of the Dawn each month to remove negative spiritual influences and channel healing forces. Most patients have had unsuccessful experiences with both Western medicine and other religions.

The Valley of the Dawn has grown steadily since the founder’s death in 1985, spreading from Brazil to Portugal, the United States and England.

Outsiders often dismiss the Valley as a cult. A BBC journalist who visited the community in 2012 called it a “refuge for lost souls.”

But my research offers an alternative explanation of why some people might find the Valley of the Dawn appealing: It offers a more progressive, egalitarian version of modernity.

Brazil, with its corruption scandals and savage social inequalities, has not always lived up to the motto “order and progress” as inscribed on its national flag. It is not alone. Across much of the West, the promise that modernity would bring higher living standards, greater personal freedoms and a more just society remains largely unfulfilled.

Instead, the 21st century has created low-wage jobs with little security and government institutions that too frequently benefit the richest and most powerful. Individualism has supplanted community, leaving people increasingly isolated and lonely – and that was before coronavirus and social distancing.

The Valley of the Dawn, in contrast, offers a collective life that members find gratifying.

“By living out the doctrine, you see what you can improve in your life and how you can repair the errors of the past,” a member named Ilza told me. “You see the results of your dedication.” 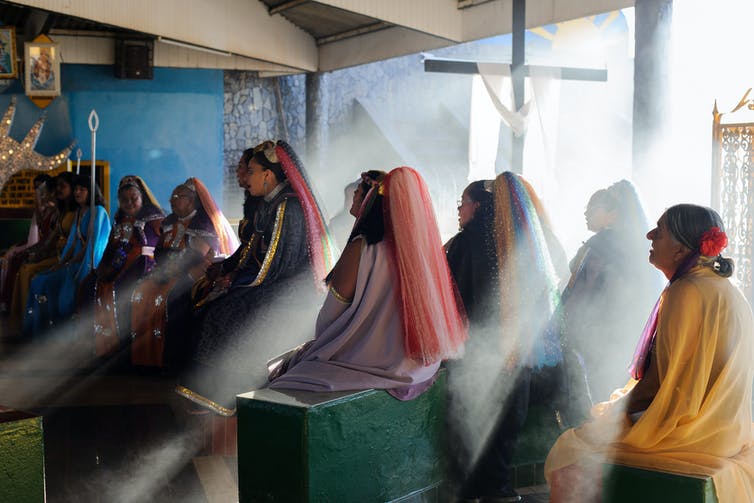 Rejecting capitalist values, Valley of the Dawn members refuse to work for money. Healing “trabalhos” are offered freely as an expression of unconditional love.

In Brazil, where poverty prevents many from completing their education, the Valley of the Dawn has its own education system premised on merit, not privilege.

It offers free “courses” on personal development, moral conduct and mediumship taught by trained instructors. Educational advancement earns members a title, like “Master” or “Commander,” and the right to wear specific clothing, participate in new rituals and take on leadership duties.

According to Valley of the Dawn doctrine, much human suffering and wrongdoing is the work of spirits called “cobradores,” or debt collectors. A cobrador is the spirit of a person – usually a family member or friend – who was harmed by a Jaguar in a past life.

When the spirit attaches itself to its living “debtor” – causing depression, for example, or aggression – the afflicted Jaguar spend a week gathering signatures from fellow Valley members who wish them positive energy to pay off their spiritual debt.

The week-long prison ritual – conducted in a colorful dress or, for men, black shirt with a leather sash – culminates in a courtroom “trial.” There the cobrador, channeled by a fellow Jaguar, explains the wrongdoing that caused the karmic debt. After the prisoner expresses regret, balance is restored.

“He forgives me, I forgive him, he leaves and I am released,” as a Jaguar named Master Itamir explained.

I find no evidence, by the way, that this New Age group has an unsavory underbelly, or that its leaders are exploiting members. People are free to join or leave the Valley of the Dawn at any time. For Jaguars who cannot afford training, the community provides food and housing.

My research indicates members find real meaning in the Valley of the Dawn’s egalitarian work, education and legal systems, all structured on the principles of equality and justice.

In that sense, despite their mystical nature, the social practices of the Valley of the Dawn aren’t alien at all: They are a reaction to the very real deficiencies of modern secular society – with some flamboyant costuming on the side.

Kelly E. Hayes is an Associate Professor of Religious Studies at Indiana University. I earned a Ph.D. in the History of Religions at the University of Chicago and have been conducting field research on religion in Brazil since 1997.