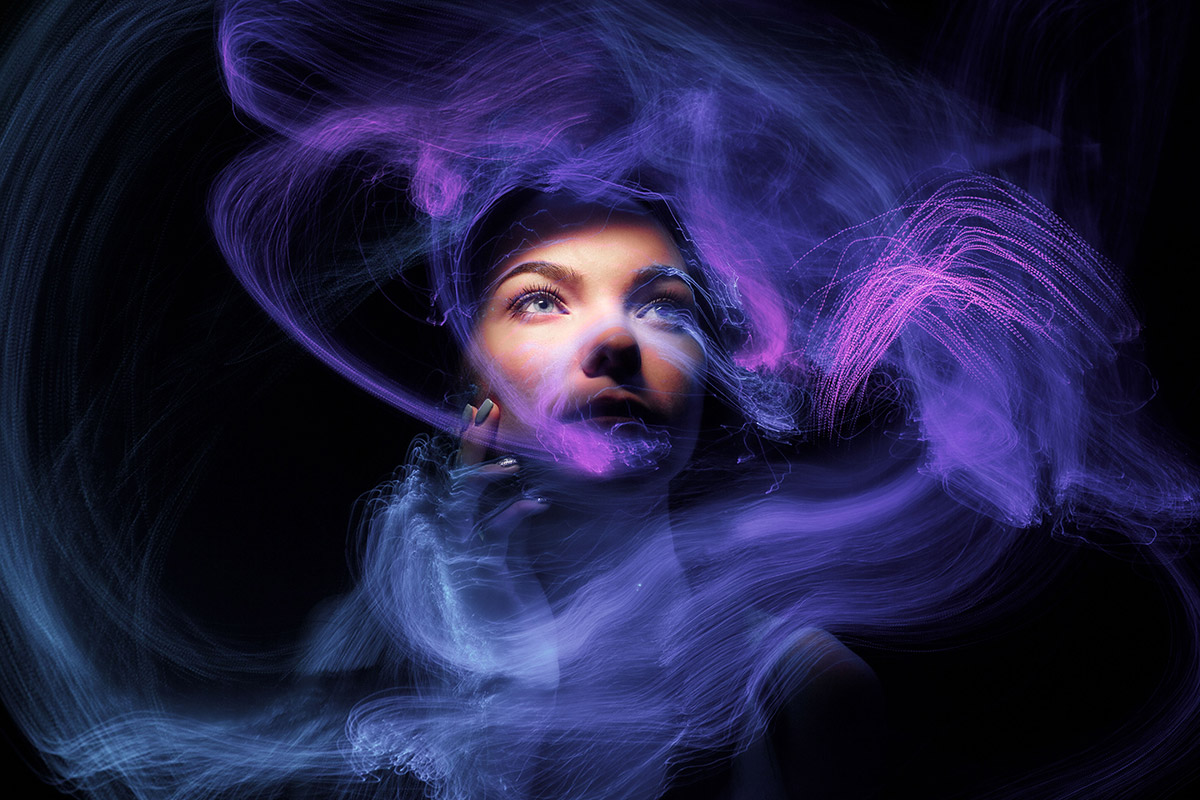 Throughout history, people of various cultures, origins, and religions have described the phenomena of the aura, from the Buddha’s luminous halo to Persian descriptions of Mitra or occult symbolism.

In most practices, the aura can be described as an ethereal luminescent ray, a colorful haze surrounding every living being. The aura dissipates as it extends from the body. As it dissipates from the body, the cloudy form blends cleanly into the standard light. The colors within an aura reflect the mental and emotional energy of the person it surrounds.

While depicted globally, auras are most commonly associated with individuals with a divine or otherworldly perception — people enlightened in a search for nirvana, priests, soothsayers, healers, mediums, and psychics. While people’s experiences of the aura span across the globe, there is still controversy about its existence. As with most things unseen, there has been skepticism from both average folks and the scientific community.

But what is an aura? Is it real?

Auras may be caused by a combination of neurological states and practiced behaviors—it’s a pretty fascinating theory. A study performed by the University of Granada was the first to try to provide a scientific explanation for the aura, or at least part of it. It all comes down to a neuropsychological phenomenon called synesthesia.

Synesthesia is the “union of the senses” and occurs when the stimulation of one sensory input is altered by another (for example, sound modified by vision). In synesthetes (people with synesthesia), the brain regions responsible for processing each of our senses are intensely interconnected. For example, synesthetes may taste a sound, feel a taste, or associate people, letters, or numbers with a particular color.

In basic neurological terms, synesthetes present more synaptic connections than “normal” people. “These extra connections cause them to automatically establish associations between brain areas that are not normally interconnected,” professor Gomez Milan explains. Only about 2-5% of the population are synesthetes.

This theory seems to help explain why the practice of seeing auras by healers is similar across many cultures and why so few people can truly do it. One of the University of Granada researchers remarked that “not all ‘healers’ are synesthetes, but there is a higher prevalence of this phenomenon among them. The same occurs among painters and artists, for example.”

In another case, Vilayanur S. Ramachandran of the University of San Diego investigated this idea after stumbling upon an individual with Asperger’s disorder who demonstrated a form of halo synesthesia. He says in his study, “The very idea of halos, colors emanating from an individual’s ‘energy field,’ is usually met with utmost incredulity and skepticism by scientists. Here we provide the first evidence of the existence of this effect. We demonstrate not only the authenticity of the phenomenon (that it is not made up by the subject) but that colors evoked are perceptually ‘real’ in the sense of changing detection thresholds and producing Stroop interference in the same manner as real colors.”

There are over 80 forms of synesthesia, and synesthetes may experience multiple forms, but four of the most common ones include:

It helps the synesthete to possess high empathy, the ability to feel what another person is feeling, like their own pain.

“These capacities make synesthetes have the ability to make people feel understood, and provide them with special emotion and pain reading skills,” the researchers explain.

People with synesthesia tend to have other traits that would be beneficial overall. Artists or people with high levels of creativity are more likely to have synesthesia. Synesthetes are more likely to be left-handed or ambidextrous. They often experience a higher incidence of lucid dreams and Deju Vú, plus they are typically more intuitive and have greater emotional instability.

In the light of the results obtained, the researchers remarked on the significant “placebo effect” that healers have on people, “though some healers really can see people’s auras and feel the pain in others due to synesthesia.” Some healers “have abilities and attitudes that make them believe in their ability to heal other people, but it is a case of self-deception, as synesthesia is not an extrasensory power, but a subjective and ‘adorned’ perception of reality,” the researchers state.

What do colors within auras represent?

It’s often suggested that the colors of auras are static and easily interpreted—but we’ve learned that each person can perceive emotional connections to colors in a unique way. In popular psychology, colors are often defined but they do not always represent the same things for each person.